The Defense Department’s research arm has officially kicked off its effort to create a modular computing framework, with pieces pulled from a mix-‘n-match set of “chiplets.” Producing something this weird will take a village, the agency suggested — in fact, “an enormous village rife with innovators.” DARPA did always have a way with words.

The program, first announced last year, is called Common Heterogeneous Integration and Intellectual Property Reuse Strategies, which they abbreviate to CHIPS. It’s been reaching out to universities, military-industrial contractors, and of course the semiconductor and chip biz to explore the possibility, and this week was the “proposers’ day,” when the agency and interested parties share details and expectations. 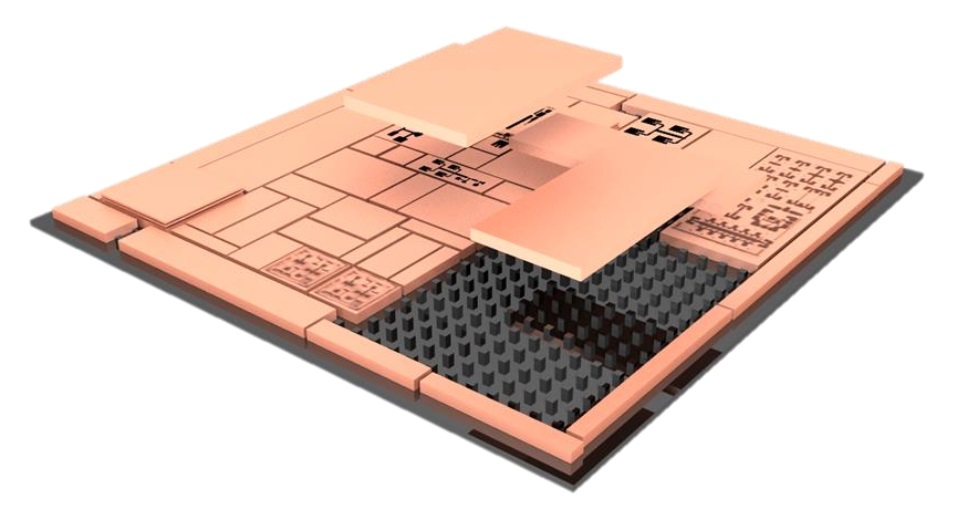 Basically the idea is to reduce certain functions to standard chiplet size and form factor, within reason, and create a system by which those chiplets can be organized into larger boards. Need a board that’s heavy on image processing and storage for a satellite or recon drone? Put a bunch of those pieces together. Want something more focused on low-latency signal processing and integrating input from multiple sensors? Forget the image stuff and snap in some other parts.

A slide deck presented at the event this week (PDF) has lots more details, though since the project is still in early stages it’s all still pretty speculative. 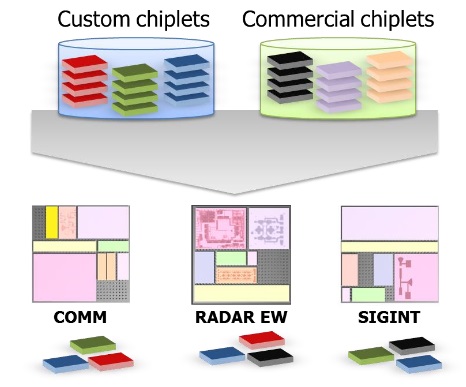 It’s unclear what size or form the chiplets would take — that’s up to the creators, the innovators in that enormous village, to decide. It could be macro-level swapping in, like popping in extra RAM or a PCI card. Or it could be baked in at the manufacturing level but still more flexible than existing custom chip systems.

Ideally, though, the resulting electronics would be smaller, more versatile, and cheaper to make and replace than current solutions — which wouldn’t be hard in some cases, with some military systems dating decades into the past.

DARPA was keen to emphasize that it doesn’t want anything remade from scratch, merely retooling things to create a more flexible infrastructure. The old paradigm of the do-it-all PC isn’t the best any more in many cases. That may, however, mean establishing new interfaces or standards.

“By bringing the best design capabilities, reconfigurable circuit fabrics, and accelerators from the commercial domain, we should be able to create defense systems just by adding smaller specialized chiplets,” summarized DARPA’s Bill Chappell, in the announcement post.

Dan Green, the program manager, had more winged words to utter for CHIPS:

“Now we are moving beyond pretty pictures and mere words, and we are rolling up our sleeves to do the hard work it will take to change the way we think about, design, and build our microelectronic systems.”