Inflect, a San Francisco-based startup that wants to make it easier for businesses to find the right co-location facilities, network service and exchange providers, today announced that it has added over 30 service providers and information about 2,200 data centers and networking peering locations to its database since its launch two months ago. These new service providers include industry heavyweights like CenturyLink, Cogent, Comcast, Equinix, Level 3, T5 and Telstra.

Traditionally, it has been hard to find detailed (and pricing) information about networking and co-location providers. Data and telco are typically bought through a very old-school sales process and the process isn’t always very transparent. Inflect, which has raised about $2 million in seed money, wants to bring this process into the 21st century. It gathers its own data from providers and from the PeeringDB database, the de facto standard for network peering information. Inflect takes the PeeringDB data and then runs it through its own validation process (and any changes are shared back to PeeringDB). 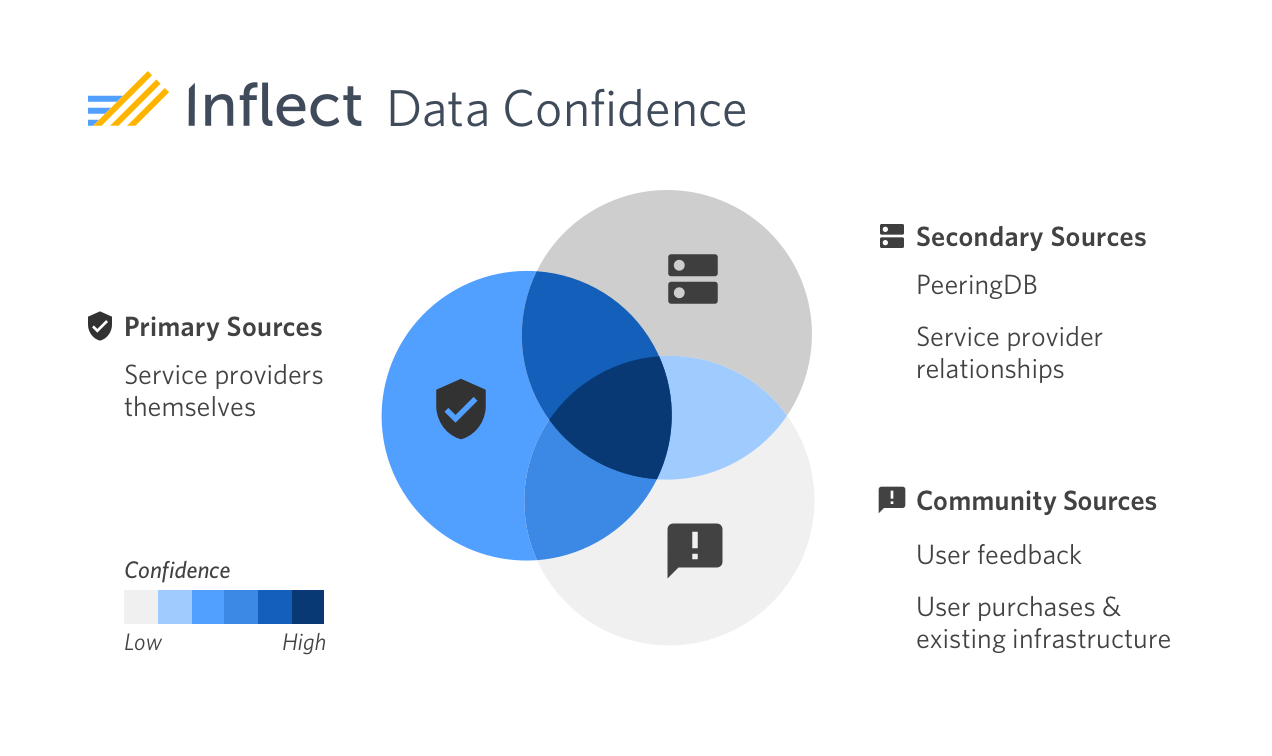 “The response since our launch just a few weeks ago has been gratifying and humbling at the same time,” said Inflect co-founder and CEO Mike Nguyen. “Users are telling us that they’ve been waiting for a platform like Inflect that can give them accurate, vendor-neutral data without charging them to search. At the same time, service providers are telling us that they’ve been looking for a platform that places their services in front of buyers who are ready to buy.”