Outdoor Voices, the ‘athleisure’ brand that wants to take on Lululemon, has closed a $9 million round of funding.

The round was led by Mickey Drexler, with participation from a few strategic partners including Walter Robb (former co-CEO of Whole Foods) and OV’s lead manufacturer. As part of the deal, Drexler will take over as Executive Chairman of the Board.

Outdoor Voices launched in 2014, offering clothes that work for fitness and for a relaxing afternoon out on the town. The company sells individual items, as well as ‘kits’ of a few different items in one. Though the company has a retail location in NYC, the majority of the business is through online sales. 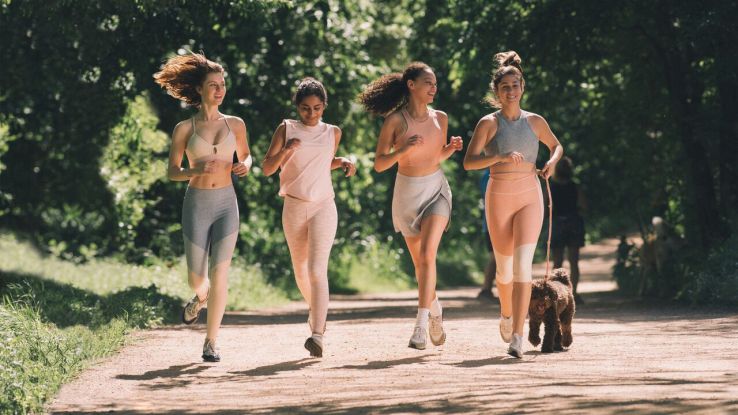 OV founder and CEO Tyler Haney told TechCrunch that the online business drives 70 percent of revenue, and that retail stores work as a brand builder to eventually convert customers to online sales.

By the end of the year, says Haney, Outdoor Voices will have 7 stores across the U.S.

Originally, Outdoor Voices brick-and-mortar strategy was focused on pop-up shops, giving customers the chance to see and feel the clothing.

“We used to call them pop-ups but we’ve never actually closed a pop-up,” said Haney. “The decision was that our pop-up strategy turned into a permanent strategy.”

Haney also revealed that 79 percent of sales are to women, but that the company is working on a new partnership to make a bigger push into mens clothing in the fall. Unfortunately, she wouldn’t reveal with whom the company is partnering.

The funding will go toward growth of the online business first and foremost, as well as building out the team to support that, buying more inventory, and adding new retail stores.

When asked if Haney would sell Outdoor Voices to Lululemon for 2x its current valuation, she scoffed.

“Absolutely not!” said Haney. “We’re building the next great activewear brand and we want to be in the mix.”