Spotify and Apple Music could soon get the legal grey area of music like remixes and DJ sets that today live unofficially on SoundCloud. Sony Music Entertainment today became the first major record label to allow its music to be monetized through unofficial mixes thanks to a deal with rights clearance startup Dubset. That means Sony’s master recordings will be indexed by Dubset, and rights holders will be compensated even if just a tiny one-second snippet of their song is used in a DJ set or remix. 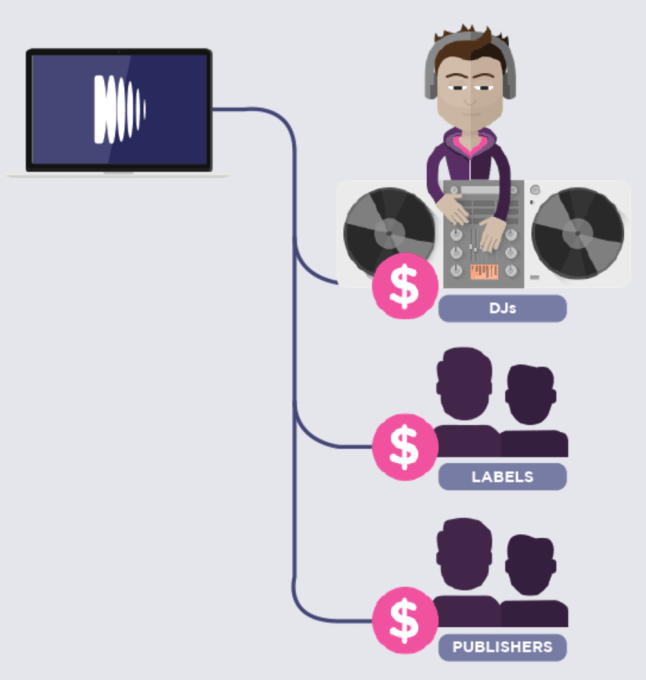 Dubset raised a $4 million Series A earlier this year to help it earn of a cut of the royalties it deals out to Sony and the 35,000 other small publishers and labels its onboarding to its Mixbank. Dubset fingerprints mixes, and properly distributes the royalties. Similar to YouTube’s Content ID, Dubset can help artists and labels claim monetization from unofficially uploaded music instead of leaving them up and forfeiting the royalties, or taking them down and erasing a promotional opportunity.

A source tells TechCrunch that Dubset is getting closer to securing deals with the other two major labels Warner and Universal.

If it can lock down all three, remixes and DJ sets featuring almost any music could be legally hosted on the top streaming services instead of being barred or removed for copyright infringement. That might eliminate the differentiation that’s kept struggling SoundCloud afloat. Illegal music uploaded there has sometimes flown under the radar since SoundCloud is protected by Safe Harbor law regarding user generated content. But if it’s legally available on Spotify, Apple Music, and elsewhere, listeners wouldn’t have to go to SoundCloud.

Last year, Dubset managed to get its first songs on Spotify and Apple Music, scoring a hit with Major Lazer and Bad Royale’s “My Number”. The track contained both samples and a new cover recording of an existing song, making it too tricky for those streaming apps to allow until Dubset stepped it. “My Number” has since racked up over 1.7 million plays on Spotify alone, proving that it’s worth the trouble for Apple, Spotify, and the labels to be more flexible with copyright.

This type of music could potentially be cleared for distribution now thanks to Dubset. The Sony-owned Beatles part is ready. Now Universal just needs to put Jay Z’s Black Album up for remixing.

Dubset CEO Stephen White tells me that an estimated “700 million people are listening to mixed content every month”, showing the huge demand for content locked up in the shadier corners of the web. “If rights holders don’t embrace a platform like us, the content is going to flow anyway and it’s going to flow around them.”