Reddit today is officially launching its own native video hosting across both desktop and mobile. The platform, still in beta, was one of the company’s promised initiatives following its recent $200 million round of funding that valued its business at $1.8 billion, announced earlier this summer. Video today, along with GIFs, make up a major part of the content shared across Reddit’s service, but the process for posting a video before was time-consuming, as it relied on third-party services, explains Reddit.

Video uploads had been previously launched into a limited beta this June, first with just under a dozen select communities. Other communities were later allowed to opt-in to try out the feature themselves. Now, Reddit tells us that native video will become available across the majority of its “safe for work” communities with this launch.

Video uploads will also be supported across platforms, including desktop, iOS and Android. On the desktop, you can pick a video file to upload to Reddit’s site, while Reddit’s official mobile apps now allow you to select a pre-recorded video on your phone or record video directly and share to Reddit. The mobile apps also allow you to trim your uploaded videos and GIFs, so you can highlight the portion you want to post.

The feature supports MP4 and MOV file types, and videos of only up to 15 minutes in length. And video viewers can watch while they also comment and read through others’ responses to the posting.

While Reddit obviously won’t stop users from sharing videos from third-party sites, like YouTube, it hopes that with the addition of video hosting, more videos will be uploaded directly to its own site instead. 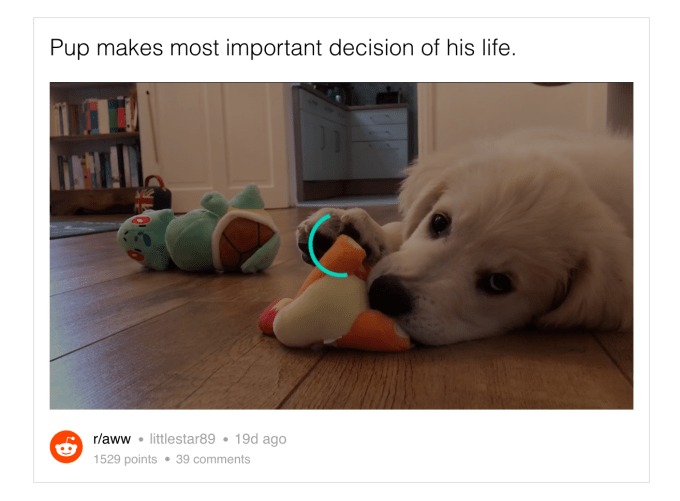 Video is one of several moves Reddit has made as of late to become its own content host, rather than a destination where content posted elsewhere is shared via links. Last year, for example, the company ditched its longtime alliance with Imgur to offer its own image uploads, noting its goal was to offer users a “more seamless” experience. It also this year rolled out its own native video ads.

While these changes may be, in part, an attempt to improve the end user experience, they have a larger agenda. By self-hosting content, Reddit can increase its pageviews, own the traffic, and then better monetize content through advertising. This could potentially be an attractive offering – as The WSJ reported in June, the site is the 64th most-visited in the U.S. as of comScore’s rankings, with 48 million visitors, and is the seventh most-visited worldwide, per research firm Alexa.

The company also believes it has an angle that will differentiate its video from those shared on YouTube and elsewhere.

During its beta, Reddit says that the most engaging videos weren’t coming from the most popular users – as you’d see on YouTube, for example – but were being leveraged by regular community members as an extension of the conversations they were already having there.

“These users don’t need to worry about building a huge subscriber base or posting to an abyss of content because they’re posting directly to the communities that share their passion,” Reddit notes in its announcement.

In other words, video becomes just another way to communicate, rather than some big channel users have to market and grow.

Reddit’s video platform is still in beta, though it’s now more broadly available to end users. However, the company will continue to collect feedback, and promises there will be further updates to the feature in the months ahead.