Heptio, the Seattle-based company recently launched by Kubernetes co-founders Craig McLuckie and Joe Beda, wants to make it easier for businesses to use Kubernetes in production. Since its launch in late 2016, the well-funded company has remained pretty quiet about its products, but today, the team released two open source projects into the wild: Ark and Sonobuoy.

While Kubernetes’ popularity is growing quickly (and it’s probably the most popular container orchestration system available today), it’s no secret that the ecosystem around it is still in its infancy. There are plenty of services and open source projects out there that support it, but we’re still very much in the early days. The two specific problems Heptio is tackling with its new projects are backing up the state of Kubernetes clusters (Ark) and testing and diagnosing these clusters (Sonobuoy). 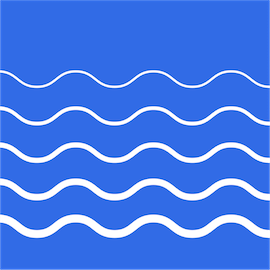 The standard use cases for something like Ark is disaster recovery in case of infrastructure or data loss. “As our customers move towards production use of Kubernetes, many of them face the challenge of managing cluster backups and restorations,” the team notes in today’s announcement. “We have seen developers attempt to recover clusters from direct replicas of the underlying cluster state (etcd), with varied success.” Ark creates backups of all cluster objects and lets you snapshot your volumes with the ability to restore the entire cluster back to its previous state.

Sonobuoy, on the other hand, is about preventing disasters. It helps developers and ops teams test their Kubernetes deployments to make sure they are working as expected and have been configured correctly.

Both of these new projects are now available on GitHub and, in good open source fashion, the team plans to accept feedback and code contributions from outside developers, too.