George Hotz, aka geohot, is fidgeting in his living room, wearing dark shades and a giant comma on his t-shirt as he shows me his company’s latest product, an $88 universal car interface called Panda.

Hotz both lives and works in a residential San Francisco neighborhood with a team of 20-somethings who are helping him build Comma.ai, the self-driving car startup Hotz founded to take on Tesla. Panda is the first bit of hardware Hotz will sell since he canceled his self-driving car kit, the Comma One last year.

The decision to cancel was made after Hotz received a warning letter from the National Highway and Traffic Safety Administration (NHTSA) mandating regulatory compliance. Instead of fighting regulators, Hotz said he decided to open-source the plans, enabling anyone who wanted to build it for free. 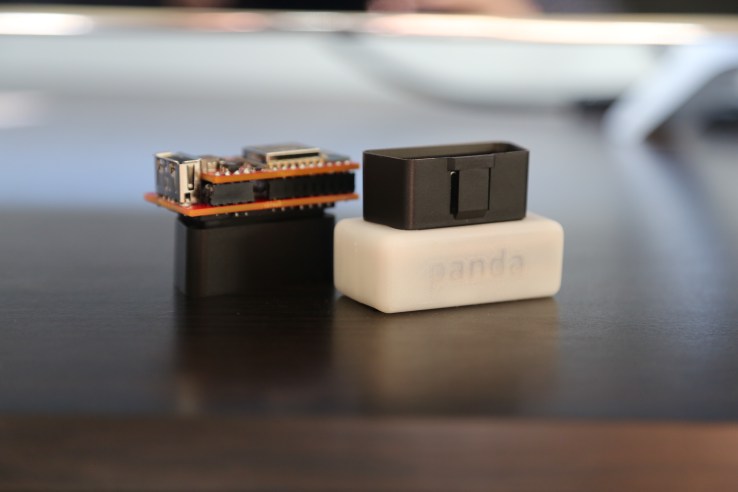 Panda is a tiny black and white dongle you port into your car to gather the data and should not come under the same type of regulatory scrutiny as the Comma One. Dongles like Panda are used by most mechanics, and other platforms like Automatic and Mojio operate using these types of car interfaces.

According to Hotz, Panda can give you a wide range of data just by plugging into your car’s OBDII port (something every car made after 1996 should have). The dongle comes equipped with both USB and Wi-Fi capabilities and also can charge your phone while on the go.

Along with Panda, Hotz demoed an app called Chffr (pronounced “shiffer”) that will record your driving data, and software to interpret that data called Cabana.

Chffr is basically a cloud-connected dashcam and could be useful for those who want recorded video of an accident or just to see how they are driving. Pair the app with a Panda and you can start to record from all the sensors in your car. Assuming your car has all the necessary sensors, that means you’ll be able to see when you accelerate, how much gas was in the tank at the time and how hard you hit the brake.

Cabana is a Controller Area Analysis (CAN) tool. It’s a software dashboard that takes the data Chffr records from Panda and interprets it for you. 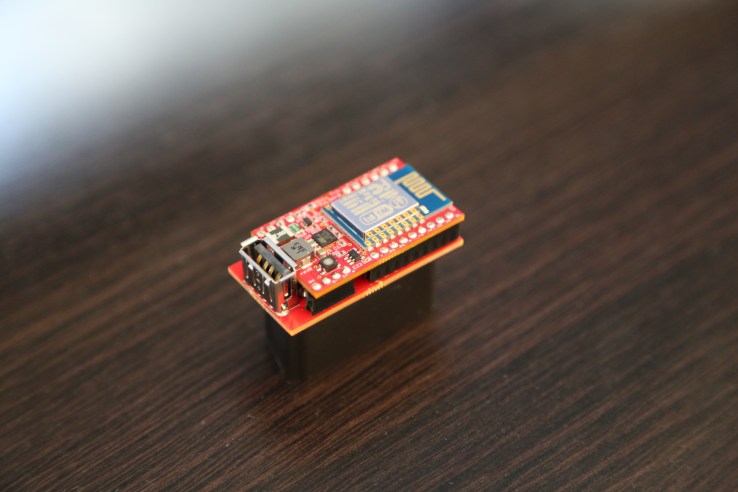 Why would you need all that data from your car? “Just to have it,” Hotz told me. “Think of it like a Fitbit but for your car. People like seeing data from their bodies and I want to give them that same access but for their car.”

So far he’s tested the Panda with 73 Comma.ai enthusiasts and hopes to sell at least 1,000 of the units. He’s on his way to making all those units, at least. Hotz showed me the 3D printers he uses to make some of the Panda parts in his garage.

But the system is not really meant for consumers. It’s for car enthusiasts and hackers. And those are the types of people Hotz wants close to him.

“We’re trying to solve a really hard problem and basically there are only three real competitors: Waymo, Tesla and us. We’re all coming at it from a different angle,” he said. “I can get a lot of smart people working on it for me if I open everything up like this.” 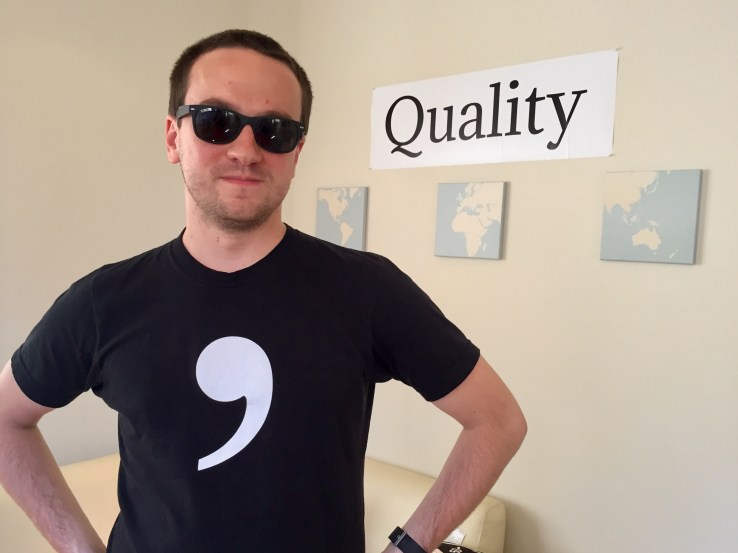 Meanwhile, Hotz is still intent on building out a kit for self-driving capabilities in every car and says he’ll eventually want to work with insurance companies and possibly offer a monthly subscription plan. “It’s not about the hardware,” Hotz says. “I don’t want to be in the hardware business. It’s about owning the software.”

On that note, Hotz is also working on an OpenDBC repository. DBC is the industry standard “decoder ring” for all the sensors and capabilities of each car and an essential part of building towards self-driving software in every car.

Those interested in adding their data to the platform can download the Chffr app on either Google Play or iOS, purchase a Panda here and then use it with Cabana starting today.

Check out the video above for a tour of Comma.ai and to learn about the many projects Hotz is currently working on.