This week Apple is beginning to roll out the first new personalized playlist under Apple Music’s “For You” section. The playlist, entitled “Chill,” is muxed based on editorial curation and algorithmic interpretation of your musical tastes.

A small number of test users got the new playlist yesterday evening. An updated Chill playlist will be delivered every Sunday to users who join the test group, which will roll out through the summer.

Its focus, unsurprisingly, is chill-ass music. A base layer of editorial curation will be used to determine what music gets included in the Chill playlist, which will then be augmented using the App Music algorithm. Theoretically, this should show you music you may not be familiar with that fits the category, while simultaneously being music that you like and actually care about.

While the 27 million Apple music users listen to a lot of different kinds of music, one of the prime themes is apparently that they all like to relax — and they use music to do it. 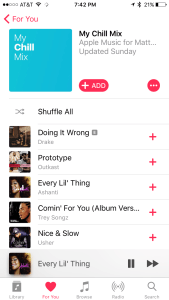 This is where it gets tricky, because one person could consider Motorhead’s “Burner” the ultimate in smooth jamz, while another person might think that John Tesh’s Roundball Rock is the pinnacle of repose.

So the Chill playlists will take into account the music and genres you most enjoy and build the chillest set of tracks out of those genres. My mix prominently features Drake, Outkast, Ashanti, Trey Songs, Beyoncé, Jeremih and Kehlani — so we know where I’m at on the spectrum. But it also picks from those artists’ most chill tracks according to editorial choice, and some general music genomic smarts like tempo and categorization. It’s about 25 tracks and an hour and a half or so of music.

If you suddenly took up a liking for EDM over the next month or two, you would see that music get mixed into your playlist at the track level. With the hope that the music would still fit your taste and have a down-tempo relaxing energy to it.

Theoretically I could have an R&B-focused Chill list while you could have a rock or jazz rendition that met the same basic goals: help you relax.

At the moment the algorithmic tweaks being made are coming from inside the Apple Music universe. How you use the app, what you put into your library and listen to are all factors in how Chill (and the other two playlists, New Music and My Favorites) gets composited.

Currently, there will not be any spoken word content mixed in — it’s all music. So if you’re one of the millions that use ASMR and other soothing spoken word compositions for relaxation, you’ll have to wait it out.

Relaxation is a broad, fat target for Apple’s first new playlist in this model, but I’d expect to see more that could apply across a wide swath of users. Thinking big means considering workouts, commuting, focused efforts like studying and more for inclusion.

Because this is brand new, I’m interested in seeing what your playlists look like. Hit me up on Twitter or in the comments with a screenshot or link. Here’s mine: 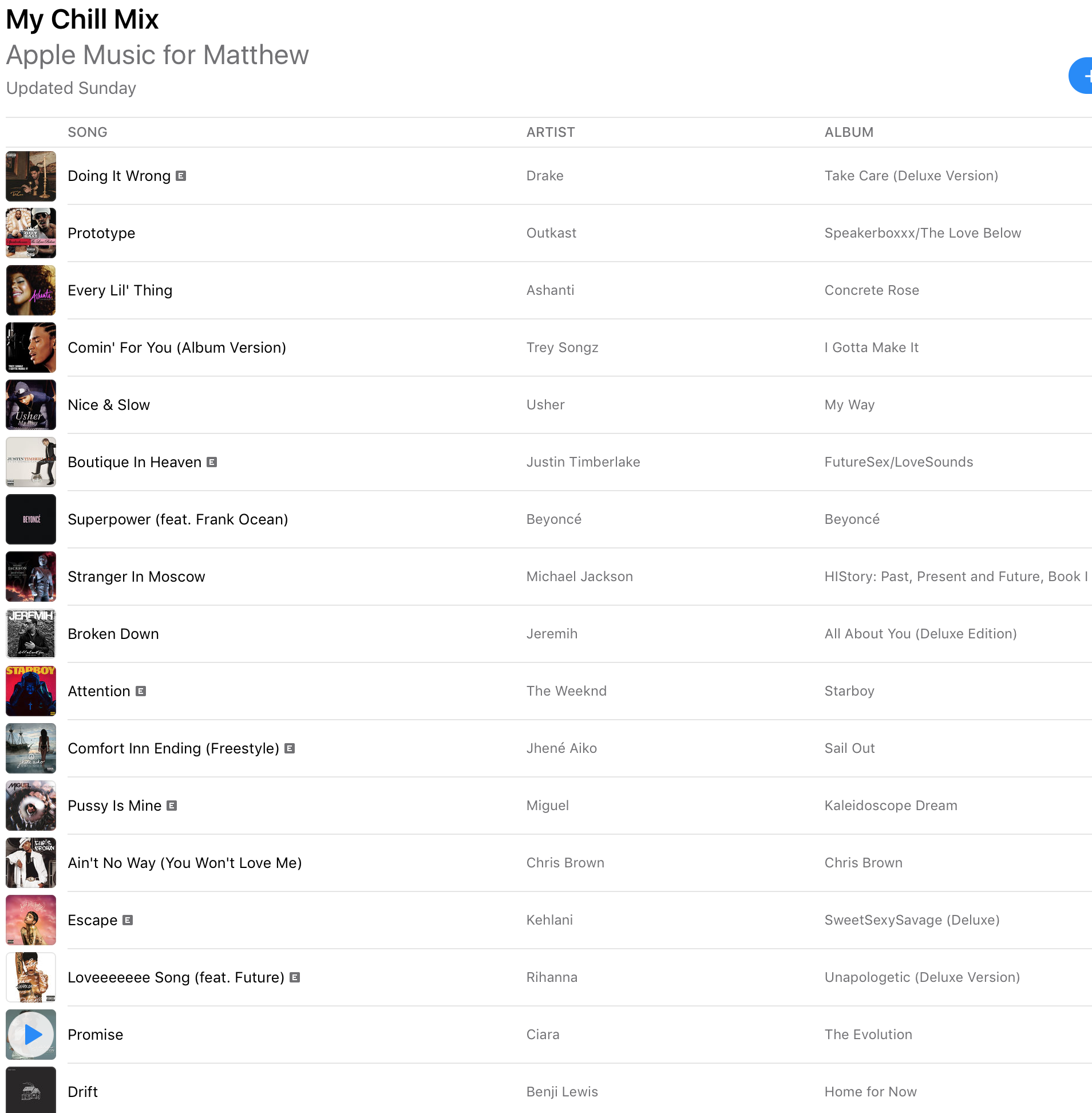