Nobody can accuse Google of not moving as fast as it can to make up the considerable gap in available cloud regions between its Google Cloud Platform (GCP) and its two biggest competitors: AWS and Microsoft Azure. Today, the company is launching its previously announced Sydney region.

This marks yet another step in Google’s expansion of GCP’s footprint in the Asia Pacific region. It already offered developers the ability to use its services in data centers in Tokyo (launched November 2016) and Singapore (launched in June 2017). After Sydney, the next region to open will be Mumbai, which will likely go online later this year. 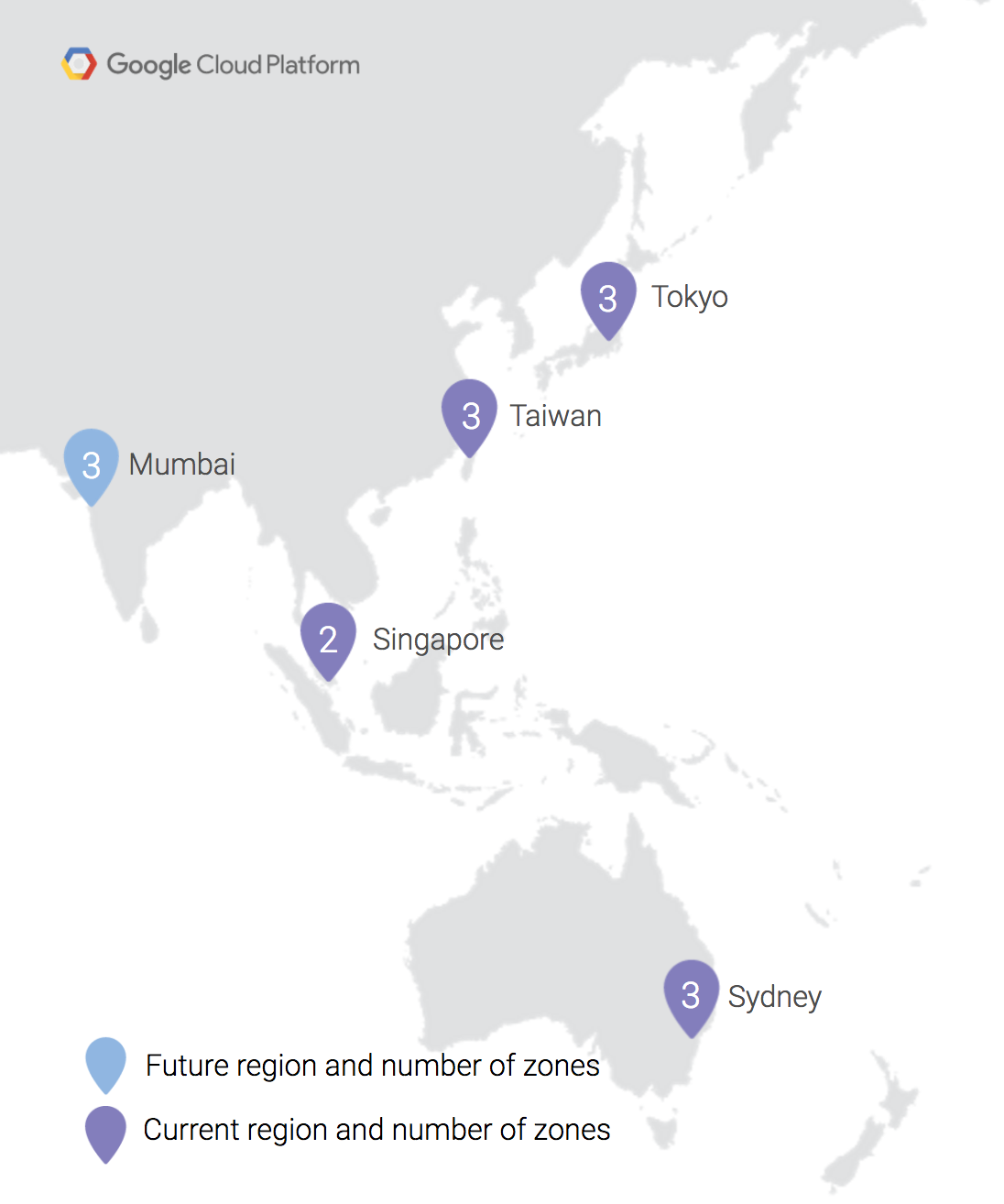 As part of this expansion, Google has also invested heavily in submarine cable capacity, including investments into the FASTER cable between Japan and the United States and — for this Sydney region — the Indigo cable between Asia and Australia. Indeed, of the seven subsea cables Google has invested in, five have been in Asia.

The Sydney region will feature three availability zones (which is standard for most of the GCP regions), and offer all the core GCP services like Compute Engine, Cloud Storage, Cloud SQL, Cloud Load Balancer, Cloud DNS and Cloud VPN. You’ll notice, though, that services like App Engine, the globally distributed Cloud Spanner database service, Cloud Functions, Bigtable and a few other services aren’t currently available in Sydney. App Engine and Datastore will soon be available down under, too, the company says, but there’s no word on when (or if) the other missing GCP products will arrive there.