Amazon is taking a huge bite out of the fresh food business with its bid for Whole Foods Market for $13.7 billion. But even though this is a deal between two companies, it’s not just the two of them being touched by it.

The intersection between the food and tech industries has been playing out for years now, sprouting dozens of food startups; efforts from large tech companies to move into food; and strategies from large food players tapping tech to make sure they don’t miss out on the next wave of consumers and how they are choosing to shop. Here’s a look at how some of the biggest and most prominent of these, plus a few others, might be impacted by today’s news:

This startup, founded at Y Combinator in 2012, blazed a trail in the US at a time when very few grocery stories offered delivery, by providing a way to shop through an app and get everything brought to your door. It’s positioned itself as an Amazon competitor, the business is making good returns in its biggest markets, and investors believe in Instacart: the startup has raised nearly $675 million and is now valued at $3.4 billion.

Now here is the key: one of its investors and grocery store partners is none other than Whole Foods.

In other words, the company that was Instacart’s prime competition will become a shareholder should the Whole Foods acquisition close. The question, then, will be how Amazon chooses to handle this: it could buy the company outright and knock it out as competition. Or it could hold on to its stake as a financial investment, while at the same time transferring all of Whole Foods’ delivery business to… Amazon Prime.

That may not happen so quickly. There are four years left on the Whole Foods distribution partnership, noting that a source said Amazon’s purchase would not affect that arrangement.

What this potentially does is put Instacart in the position of becoming an acquisition target itself. Possible buyers: those who are would-be Amazon competitors, such as Costco or Walmart. It could also make Instacart more strategically appealing as a delivery partner to more grocers if the Whole Foods partnership is disrupted.

Indeed, that’s the tack that the market is likely to take, according to a person with knowledge of the Instacart’s plans. Rather than allow its arch-rival to keep a stake in the company, Instacart will look to buy back that stake that Amazon owns (which is less than 1% of the company).

By the end of the year, Instacart will service roughly 80% of the U.S. market and the company has been rolling up big deals in the last week. It signed up or expanded its agreements with Publix, Wegmans, and Ahold Delhaize. Also worth noting that Whole Foods accounts for less than 10% of revenue for Instacart, the person said.

There have been some hiccups along the company’s path: As Instacart has grown, it has faced a ton of costly backlash from contractors and customers who have been frustrated with its lack of pricing transparency. But still, it is growing and has built something that more than Amazon will want to have.

Google was early in its moves back in 2013 to square up to Amazon with Google Shopping Express. It moved into more food eventually, and slowly expanded its partnerships. One of those partnerships is with Whole Foods. With Amazon as an owner, one probable outcome would be Whole Foods transferring its deliveries to Amazon and away from Google.

Could this mean that Google will be looking for more food stores as partners? Will it expand what it delivers from other partners like Costco and Target?

Amazon is feeling like an increasingly powerful force in the world of commerce. That could also spell an opening for smaller grocery stores that have little or no online presence. Feeling shut out of the game in mega-deals, those stores may suddenly get access to Google, which needs to make up the inventory if it loses Whole Foods. Google, on the other hand, may be able to strike friendlier deals, as there’s a mutually beneficial relationship to be had. 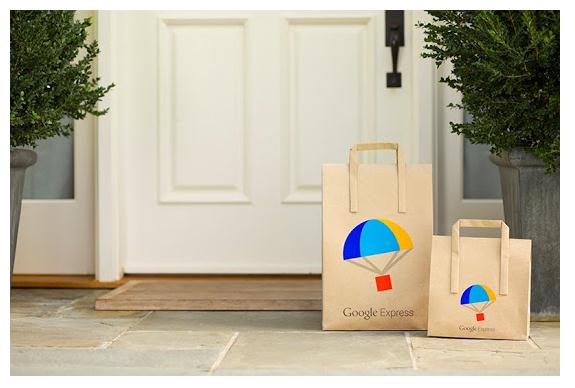 Speaking of competition, Instacart and the rest are still seeing startups popping up who think that they can do what Instacart does better. One of these, Shipt, raised $40 million earlier this year to take on the challenge specifically in “non-coastal” markets that the likes of Google, Amazon and Instacart have yet to tackle.

The startup also works with Whole Foods, and like Google may also end up losing them as a partner. Similarly, there is a question of how much of its business actually came from the grocery store, and how much from other partners (which includes a list of the biggest supermarkets in the middle of the country). This could spell more opportunity for Shipt as a partner at a time when those who are not Amazon are looking for options that are as far from that company as possible. And for better or worse, Instacart will be connected to Amazon, if only as an investment.

The same might go for StorePower and Grubmarket, which are also providing Instacart-style alternatives, respectively to grocery stores and (in the case of Grubmarket) to producers and farmers who want more tech-direct ways of connecting with consumers, taking orders from them, and delivering those items. Both also have raised significant funding.

All these companies may benefit from the perception that there are natural partners — and potentially acquirers — that they can peel away from Instacart given the complicated relationship it now has with Amazon. That means they may have better negotiation power when raising money.

Costco has a lot of chips in its hands right now. While the company itself isn’t known for being remarkably tech savvy, it’s the world’s third-biggest supermarket chain (Walmart and France’s Carrefour are one and two, respectively), and needs a partner to help it compete against Amazon. It has a lot of possibilities to choose from.

Whole Foods is still a grocery store. But it also sells a lot of prepared food, and between those it’s a small step to moving into meal kits. Having sudden access to a lot of local nodes of groceries and food (including a brand that millennials love) may give Amazon an opportunity to spin up the kind of operations that Blue Apron has used to propel itself to an imminent IPO with a balance sheet that doesn’t look all that bad. It’ll have to deal with the economies of scale that Blue Apron has started to lock down, but it’s hard to write off the sheer proximity of all these stores — which have the resources to store and sell fresh food — in metropolitan areas that are the sweet spot for some of these companies. The story here has yet to play out, so we’ll have to wait and see how it goes. Such a business could be a big thorn in the side of these meal-kit companies. 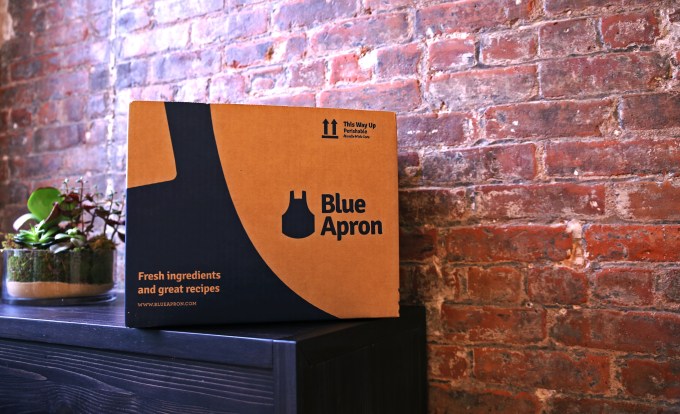 We’ve reached out to Walmart to ask for a response to the Whole Foods/Amazon news. In the meantime, like Costco, it has much to play for. As Sarah Perez pointed out earlier, Amazon wants to become Walmart before Walmart becomes Amazon, and while Walmart already has an extensive operation in food pickup, one area where it has yet to innovate is in the area of grocery delivery.

This could spell an opportunity for Walmart to buy a company with the logistics experience to plug in to fill that gap. The other area that this could affect is in what markets Walmart targets: as Sarah noted in her Walmart / Amazon analysis, Amazon has saturated the middle and high ends of the market with its Prime tier. It will be doubling down on that with the acquisition of a premium supermarket chain like Whole Foods (sometimes known as Whole Paycheck). It will be interesting to see what Walmart might do to address that higher end. Given that others will be worried about the Amazon effect, this could give it good bargaining power.

]The activist efforts this investment firm engaged in seem to have paid off. After pressuring the company beginning in April, Whole Foods has finally wound up as an acquisition. That’s a boon for investors, including Jana Partners, which has minted a healthy return on its big bet on Whole Foods earlier this year. This may, too, embolden other kinds of activist pressure in the grocery market.

]There are a number of regional players in the area of grocery delivery, and while many of them have been described as Amazon competitors, we should now watch to see just how many of them Amazon might also try to acquire. Amazon’s big acquisition of Whole Foods may mean that its checkbook will remain in a drawer for now. But that doesn’t mean that there isn’t an appetite to start rounding up all these regional operations that may make more sense in a larger context with better data to work with. Whether they will get the same kinds of prices as a potential acquisition like Instacart or Postmates (which we’ll get to in a second) is a different story.

While Postmates works as a food delivery service, its original operation as an on-demand delivery network is still alive and well. Like some of the regional operators and other delivery networks, Postmates may have an opportunity to start building better relationships with retailers given the increasingly complex relationship Instacart may have with them. Instacart’s close relationship with Whole Foods — and now Amazon — may end up causing some tension with competing retailers, which is always good for the competition. And it also means that these larger retailers may see them as strategically important to head off Amazon, which helps make the companies look more valuable.

Amazon’s made a lot of big acquisitions, but none of them are anywhere near as big as Whole Foods. Like we said earlier, if/when the deal goes through it likely means that Amazon’s check book is going to remain closed for a while unless this is the start of a huge acquisition spree for the company. There were whispers this week that Amazon was interested in buying Slack, though it appears that the workplace collaboration startup has decided to go a different route and raise $500 million instead. Still, we’ve seen instances where things change at the last minute — like Cisco snapping up AppDynamics right before its IPO — and TechCrunch previously reported that Microsoft seemed to be interested in the company, too.

Regardless, now there is a price out there for Slack — and it’s pretty high. It might attract buyers out of the woodwork, especially some that could make a pitch if Amazon is off the table after spending this kind of money on Whole Foods. We’ll have to wait and see how this story plays out, now that the biggest signal Slack had for its value may have gone out.