Amazon was recently granted a patent that could be used to prevent brick-and-mortar retailers from leveraging technology in their stores that could stop shoppers from comparing prices of in-store products to those online. Yes, it appears that a new patent that could prevent the practice of “showrooming,” is now, hilariously, in the hands of Amazon – the very company that benefits most from those who use retail stores as a way to inspect products before deciding to buy them online, and often for less, on Amazon.com.

Of course, it’s possible that Amazon CEO Jeff Bezos had the foresight to apply for an anti-showrooming patent back in 2012, knowing that one day Amazon would expand into physical stores, and would need the technology for itself.

But it’s just as reasonable – if not more so – to imagine that Amazon was instead ensuring it would have a legal claim against any physical retailer who tried to stop consumers from price checking items on Amazon when in store.

The patent, called “Physical Store Online Shopping Control,” describes a scenario where a physical retailer’s Wi-Fi network can intercept search queries that appear to be requests related to price comparisons, then take any one of a number of actions in response.

The most interesting response is that it could block the request altogether – effectively preventing the in-store shopper from running a price check at all.

It’s so odd that this is now an Amazon-owned technology. After all, price comparisons are something Amazon has been in favor of for years  – even offering shoppers a Price Check app back in 2010 that would do the job for them. 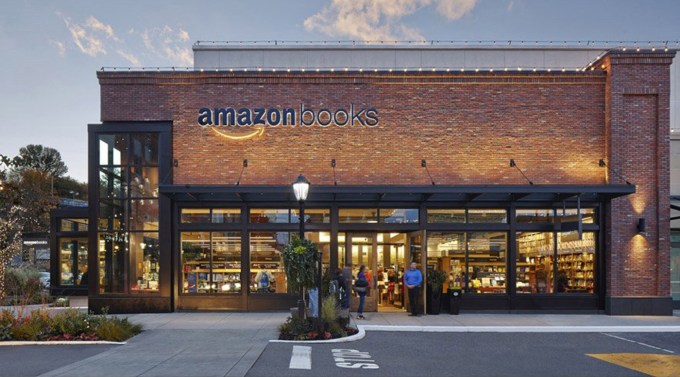 Of course, Amazon may find itself on the other side of showrooming now that it’s a physical retailer, too. The company today has brick-and-mortar bookstores, cashier-free convenience stores under the Amazon Go brand, and – oh, it just bought itself a $13.7 billion grocery chain with Whole Foods.

But there are other aspects to this “anti-showrooming” patent worth exploring, as well.

As it turns out, preventing price comparisons is only one of the things a retailer could do when it implements the technology described in the patent. According to the patent’s description, the retailer could also intercept the price check search in order to offer to match the price, incentivize the sale by providing a coupon, return information on complementary items, or even send over a sales rep over to help the shopper, among other things.

While Amazon may have some need to tackle showrooming in its own stores one day, being able to identify shoppers who are researching purchases while they’re standing in the aisle is perhaps more relevant in 2017.

Imagine, for example, a shopper is googling for information on the latest iPad, while standing in front of Amazon’s display of Fire tablets. Should Amazon want to put this patent’s tech to use, it could identify these scenarios – as the tech also informs the retailer of a shopper’s physical location in the store. A sales rep could go over to the consumer to help them decide or answer questions. Or perhaps, given Amazon’s penchant for eliminating human jobs, it could employ virtual help instead, to answer those questions. (The patent does describe being able to send a push notification to the customer.)

Knowing the shoppers’ in-store location could also be used to send targeted offers right to their mobile device, too. These additionally could be not just offers for items that are nearby, but personalized ones. That’s because the patent describes how it could collect historical information on a customer’s interests, based on things like past purchases, then leverage that ahead of taking an action like sending an offer.

In any event, this is all an attempt reading the tea leaves, and doesn’t amount to much until Amazon actually puts this to use – if it ever does. Large tech companies patent technologies all the time. Some may indicate areas they might explore in the future, but others are meant more to defend their position against the actions of their competitors. Amazon hasn’t specifically laid out any plans with regard to this particular technology as of yet.