500 Startups has announced the close of its fund for Japan, more than 18 months after it was first unveiled. The effort is backed by the Japanese government, which has chipped in as an LP via its Cool Japan Fund. (Yes, that really is the name of the fund, which is aiming to use about $1 billion in public money over its lifecycle.)

Initially U.S.-based 500 Startups targeted a $30 million close, but it has reached a total of $35 million thanks to strong interest from investment partners, so says James Riney, its Japan-based partner who runs the fund. CJF, as the government fund is known, is committing $10 million, but beyond a large check it adds gravitas, too.

“[Cool Japan’s involvement] is symbolic in a way because there been a lot of top down influence in the startup ecosystem in Japan,” Riney told TechCrunch in an interview. “As an outsider coming in, having the government’s investment is a validation.”

In particular, Riney said that 500 Startups will work with CJF to open up opportunities for its portfolio companies further down the line: that chiefly means funding.

“We’ll be sourcing and supporting startups at the seed stage, and inviting CJF to look at later $10 million-$20 millions rounds to give startups the firing power to expand,” Riney said.

“CJF has capital to invest outside of Japan but doesn’t necessary have the network. We’ve been extremely aggressive expanding outside of the U.S.,” he added. “No matter where they want to expand to, we have someone locally who is well connected to help them hit the ground running.”

The 500 Startups Japan fund is looking to co-invest in early-stage deals, offering $100,000-$500,000 checks per round. In some cases, it may stretch to $1 million, Riney said, while around half of the total fund is allocated to follow-on investments. Over the past year, the fund has done 21 deals, and that’s a pace that it is expected to continue with now that the fund is fully closed. 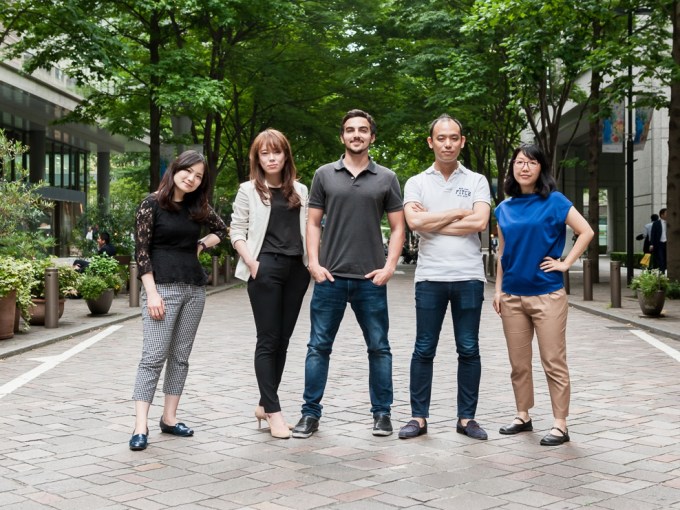 While CPF’s involvement is particularly strategic — and headline-worthy — 500 Startups doesn’t need much help finding partners who operate at later stage investment phases. The U.S. firm has struck up relationships worldwide after making investments in more than 1,500 startups across 60 countries, while, operationally, it has people on the ground in 20 countries.

LPs in its central fund include corporates in places like East Asia and the Middle East, and its sprawling collection of micro-funds for specific makets is too numerous to detail in full. In Asia they include 500 Durians in Southeast Asia, 500 Tuktuks in Thailand, 500 Kimchi in Korea and a less-catchy-named investment vehicle in Vietnam. Riney, for what it’s worth, said he chose ‘500 Startups Japan’ as a more conservative fund name to adhere to Japanese business culture and avoid alienating potential investors.

Despite a nod to the nation’s conservatism, Riney said that startups are beginning to break out in Japan. Our sister site in Japan reported that startup investment in the country’s surpassed JPY 200 billion (around $2 billion) for the first time last year. Riney believes that the ambition to take risk is also changing the mindset of founders and investors, who in the past would push for an exit via IPO as a risk-averse way to ensure a return on investment.

“Historically if you wanted to do a $20 million-$30 million round you didn’t have options and had to do IPO,” he explained. “Now we’re seeing many more later rounds, more companies choosing to stay private and raise a lot more capital so that they can aim for growth — investors are starting to feel more comfortable, too.”

“The Japanese government has gotten more involved in supporting and it has really shown in the investment outlay,” Riney added.

With relatively few investors, and fewer still with links outside of Japan, 500 Startups has a unique position that will likely help it secure significant deal flow. The investment focus is vertical agnostic, Riney said, but he’s keen on industries such as bioinformatics, space, logistics and other areas that have been disrupted globally but not touched on by startups in Japan yet.

“We’re particularly bullish on legacy industries that have been very consumer facing,” he said.

Riney is assisted by a team of five in Japan, which includes former investment banker Yohei Sawayama who serves as the fund’s second partner.