Microsoft today announced that it will soon open two data center regions for its cloud-based services in Johannesburg and Cape Town South Africa. This marks Microsoft’s first data center expansion into Africa, and the plan is to get these new regions online in 2018.

Like most of its other data centers around the world, these new regions will offer both Azure’s suite of cloud computing tools for developers as well as productivity tools like Office 365 and Dynamics 365. With no data centers in the region, developers and other Microsoft customers currently have to connect to data centers in Europe and accept the increased latency that entails. 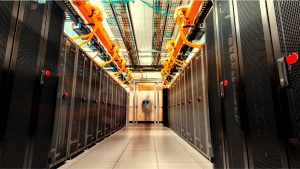 “Few places in the world are as dynamic and diverse as Africa today,” Microsoft’s executive vice president for its Cloud and Enterprise group Scott Guthrie writes in today’s announcement. “In this landscape, we see enormous opportunity for the cloud to accelerate innovation, support people across the continent who are working to transform their businesses, explore new entrepreneurship opportunities and help solve some of the world’s hardest problems.”

The addition of these two new regions brings Microsoft’s total number of regions to 40, significantly more than its biggest competitors. As far as competing cloud platforms go, Google currently offers its developers access to eight regions (but has a plan to aggressively increase this number over the course of this year) and Amazon’s AWS currently operates 16 regions and 42 availability zones.

It’s worth noting that neither Google nor Amazon currently operate regions in Africa, though the number of data centers in the region that are being operated by other companies continues to increase rapidly.