Can a chatbot replace a dermatologist’s recommendation for skin care products? That’s the idea behind HelloAva, a startup launching today at TechCrunch Disrupt NY, which aims to walk people through a series of questions to determine their skin type, then make recommendations as to which products to buy.

HelloAva’s co-founder and CEO Siqi Mou, a former Bloomberg anchor who spent a lot of time doing television, says she came up with the idea for the company after agreeing to do a commercial for a skin care brand in Indonesia. Before agreeing to do the spot, she started studying each ingredient, and came to realize that she — like most of us — didn’t grasp how many toxic chemicals and other harsh preservatives are in our daily skin care products.

In addition to wanting safe products, most people have a hard time selecting the right ones for their skin, she says. It’s a lot of trial and error to see what works.

The startup HelloAva actually began as a class project at Stanford’s Graduate School of Business last year. During this time, the team interviewed more than 300 women, but found that most were more interested in getting help with product selection than anything else — including being directed to “green” products.

“More than 90 percent of the women we interviewed didn’t have a single clue about what they’re putting on their face or what they’re buying,” says Mou. “And the majority of them don’t read the labels when they buy something, because they don’t understand the chemicals that are being printed on labels.” 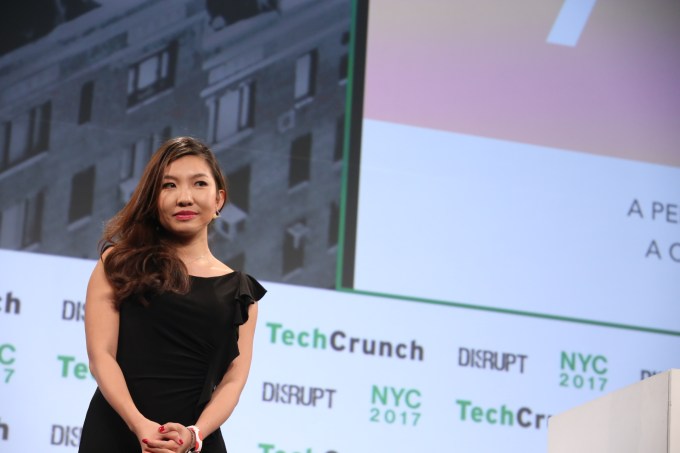 The solution to this problem that the team came up with is HelloAva.

Using either SMS text messaging or Facebook Messenger, users answer 12 questions that are similar to those a dermatologist would ask during an in-person visit. In fact, they were written with help by dermatology resources from Mt. Sinai Hospital. The questions allow the system to categorize the user as one of 30 different skin types in order to make very specific skin care recommendations.

In addition to this Q&A session, users also send a photo of their face to the chatbot (called “AVA”), and are then connected with a human advisor for a more personal conversation afterwards. The advisor can ask and answer additional questions, validate the algorithm’s work and then send the customer a checkout link where they can buy the recommended products. 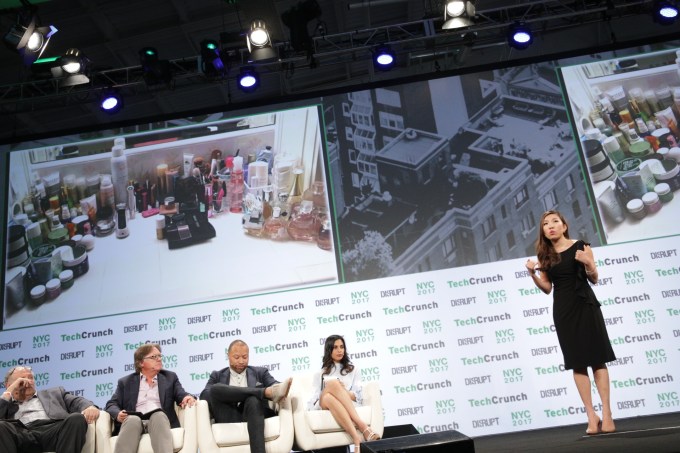 At launch, the company is working with a small subset of brands, the majority being either emerging brands or those from Korean beauty suppliers. An exception to this is L’Oréal, which is one of the bigger names on board. In total, there are around 250 individual products in HelloAva’s database.

The focus of AVA’s recommendations are primarily skin care products, not makeup. But there is a bit of overlap in areas like BB cream, concealer and foundation — as users may ask for products that don’t cause breakouts, for example, or won’t irritate their skin.

HelloAva isn’t shuffling customers off to brands’ websites to buy, but is instead hosting its own checkout experience and is holding its own inventory. However, because the startup is currently working only with a subset of beauty brands on the market, it may not always have a specific product you need. 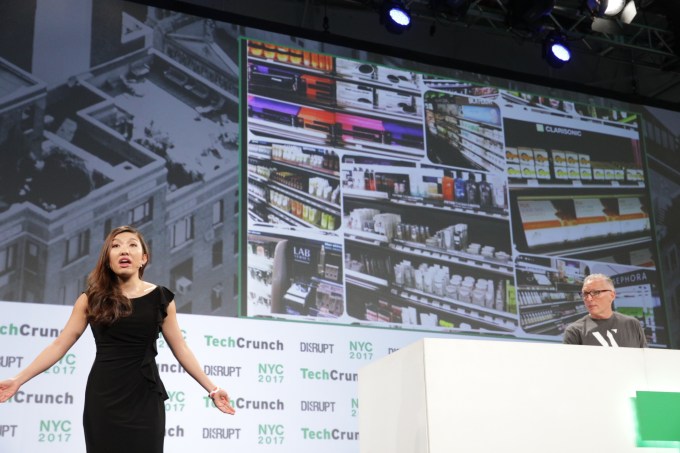 Asked if she was concerned that HelloAva’s Q&A-style session could be easily copied by a larger retailer in the beauty space, like Sephora, Mou explained why she thought that wouldn’t be the case Larger retailers could threaten their own brands by recommending some products more than others, which could be damaging, she claimed.

Plus, she added, as a startup, they’re more nimble than a larger company.

“They have embedded costs,” Mou says. “Also, we move fast, get things out, collect feedback and then get more things out…and we can literally do that in two weeks,” she noted.

New York-based HelloAva is also co-founded by CTO Bob Caslin, and has $300,000 in angel funding.

It’s launching today as a web app and Messenger chatbot.