Just ahead of the launch of Hulu’s forthcoming live TV service, the company today announced a new deal with NBCUniversal that will bring NBC and Telemundo-owned television stations to the new service, expected to arrive this month. The agreement greatly expands Hulu’s live TV lineup with the addition of top networks, including NBC, Telemundo, USA, Syfy, Bravo, E!, MSNBC, CNBC, NBCSN, Sprout and others.

With the addition of NBC, Hulu’s live service will have the top four broadcast channels available, as it already announced deals with CBS, Fox and Disney-ABC.

The deal also allows Hulu to license NBC and Telemundo broadcast affiliates for its live TV service. At launch, Hulu will have the full load of local channels in five or six major markets, but will add more local affiliates on a weekly basis as these further deals close, we’re told.

NBCU properties are home to some of television’s more popular shows, like NBC’s “This Is Us,” “Blindspot,” “The Voice,” “The Tonight Show Starring Jimmy Fallon,” “Late Night with Seth Meyers” and “Saturday Night Live;” plus “Mr. Robot” from USA; top sci-fi series like “The Expanse,” “12 Monkeys” and others from Syfy; entertainment and lifestyle programming from E! and Bravo; news from MSNBC and CNBC; Spanish-language programming from Telemundo; and kids’ shows from Sprout. 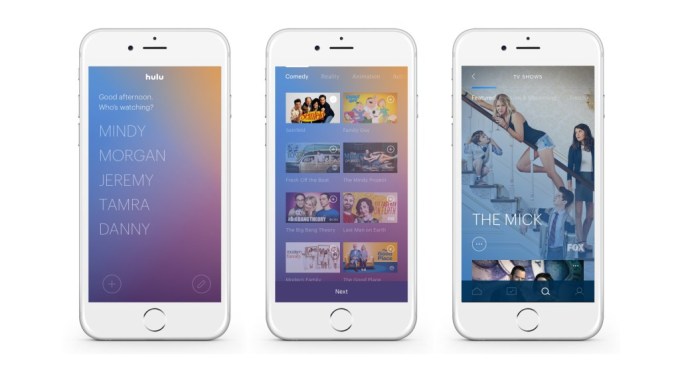 For sports fans, the agreement means the service will also gain access to a range of popular sports programming, including Sunday Night Football and the Olympics, as well as networks like NBCSN, Golf Channel and NBC’s regional sports networks in Chicago, Philadelphia, New England, Mid-Atlantic, Bay Area, California and Northwest.

Hulu already had a fairly robust sports lineup ahead of the NBCU deal, with agreements that will bring ESPN, Fox Sports, CBS Sports and TNT to its service.

“NBC Universal is home to many of today’s leading sports, news, entertainment and lifestyle networks – brands that not only draw large audiences but also drive pop culture,” said Hulu CEO Mike Hopkins, in a statement. “With this agreement in place, Hulu will soon provide an affordable, complete live TV package that includes all four major broadcast networks, the top-rated cable news channels, a massive sports offering and our deep existing premium streaming library for under $40.”

While Hulu is entering a market where there are already a host of competitors — like Sling TV, AT&T’s DirecTV Now, PlayStation Vue and now YouTube TV — it has the advantage of name recognition and the ability to upsell to an existing customer base. It’s also the first streaming TV competitor to combine an on-demand library of licensed TV and movie content (the version of Hulu that’s available now) with its own original programming, as well as with a streaming TV service and the accompanying on-demand shows from its broadcast partners.

The service’s under-$40 pricing is designed to make it appealing to those who want to cut the cord, but not lose out on much of what pay TV has to offer. 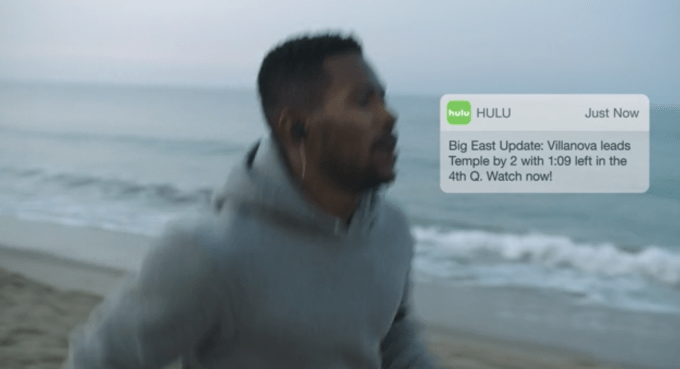 Beyond its channel lineup and competitive features, like a cloud DVR, Hulu also will roll out an upgraded experience, with a user interface redesign that makes it feel more like a modern, mobile-first streaming service, rather than an online TV guide. The new service will focus more heavily on recommendations that will grow more personalized the more you watch, and will offer push notifications to remind you to watch or record your favorite live shows.

NBCU, like Disney and Fox, has an ownership stake in Hulu, but has to be a silent partner per federal terms related to its acquisition by Comcast.

Hulu has publicly said the service will launch sometime this spring, but working out this deal with NBCU was one of the last hurdles it needed to complete before going live. We’ve heard the service will arrive by mid-May (or, as we’re now hearing, sooner), and with this NBCU announcement today, that time frame looks even firmer.