Starting today, you’ll be able to peer into the 3D virtual reality canvases of other Tilt Brush users on the web while also gaining the ability to share your own work online. If you see a work you like you also can dive into it inside the app and add your own style to the existing creation.

The Tilt Brush app is a bit of a “Microsoft Paint” for the VR world. The team behind the app at Google has been adding a number of cool features to give creators more freedom to design content based on new brushes and tools. 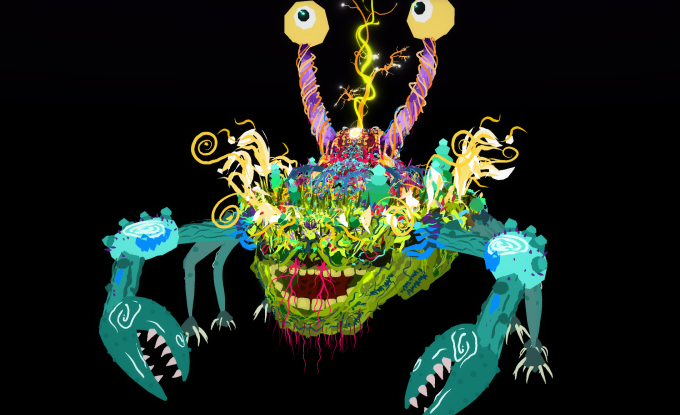 In February, Google launched Tilt Brush support for Oculus Rift + Touch users. The title has been one of the most popular experiences on the HTC Vive, debuting as a launch title for the headset.

Everything is housed on the new Sketches section of the Tilt Brush site where you can explore the 3D creations on mobile or desktop.

Making 3D objects viewable in an attractive way on the web is an interesting proposition for Google. Though this particular update is focused on artwork, it is ultimately user-generated 3D content that the company is enabling to be viewable on the web.

The augmented reality platforms being pushed by companies like Snap and Facebook are fundamentally reliant on cool 3D content being made available so that users can place them in their world and view them in a new light. Google’s Tilt Brush has been mostly obsessed with creation — getting users to imagine another world — but with this latest update, people that don’t own VR headsets can gain access to checking out 3D art and creations built by VR artists.