Google last fall introduced its own travel planning application, Google Trips, a competitor to TripIt and others, which combines tools to manage your air and hotel reservations with suggestions of places to visit and things to do at your destination. Today, Google Trips is getting its first big update since its fall debut, with the addition of a handful of new features aimed at helping users better organize their travel plans.

Prior to now, one of the app’s more notable features is that it’s connected to Gmail, which allows it to automatically import your travel plans – like air and hotel reservations. These are then placed into the appropriate trips within the app. With the update, the app is expanding its inbox-parsing capabilities to find your bus and train reservations, too. 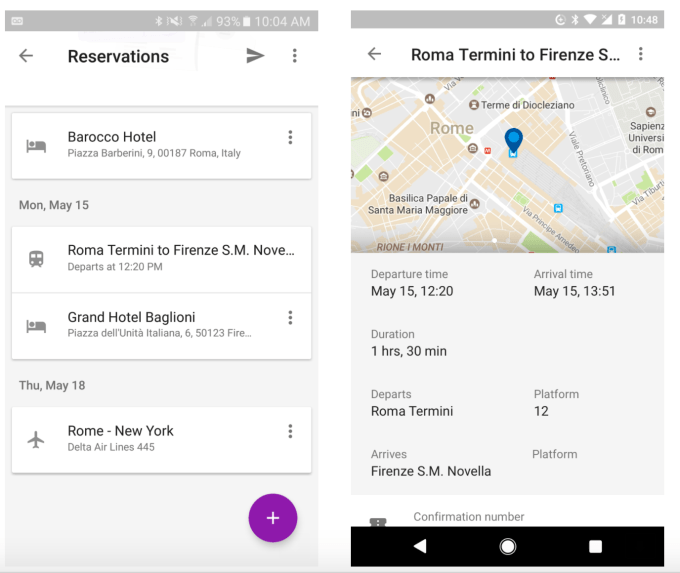 These will appear also in the reservations section of the app, in between your various hotel stays, allowing you to better see how you’re moving between one place to the next – even if not by air.

Additionally, the app now allows you to enter in reservations by hand, in those cases that you don’t have an email confirmation (or perhaps one sent to a different email address.) You can press the “+” sign in the app to add either a restaurant, car rental, hotel or flight manually. However, even those these details are being typed in, Google can still help by auto-completing the information. For example, if you enter in the airline and flight number or just the hotel name, Google Trips will fill out the rest of the information. 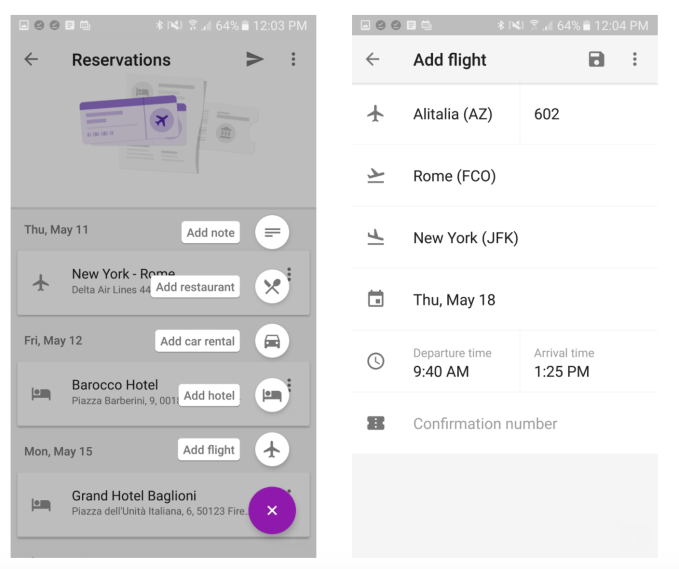 There’s also a space for free-form notes which lets you add other types of reservations you want to track which don’t fit into one of these high-level travel categories. This might be where you add details about a tour you’re taking or your tickets to an evening show.

Travelers using Google Trips are now able to share their reservations with other parties, too – another feature rival travel companion apps today offer. You can tap an arrow button on the reservations screen to forward your trip details to anyone’s email. If they also have Google Trips, they can see your plans in the app as well. 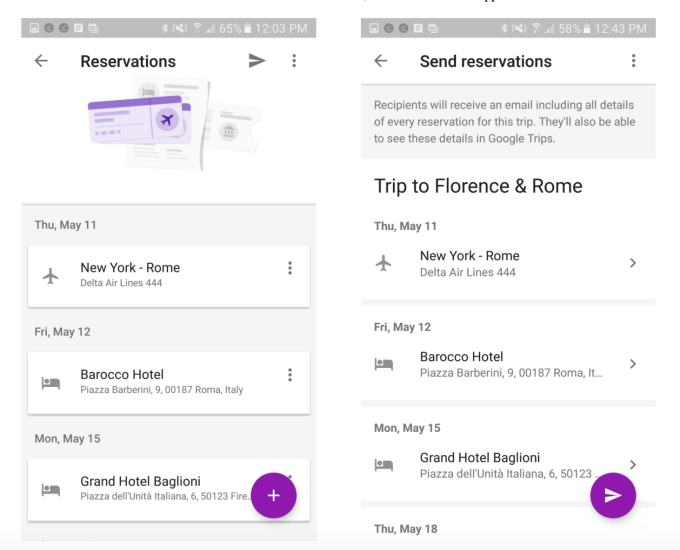 The new features will make Google Trips easier to use and more competitive in the larger market, but the app remains more useful for discovering things to do, rather than travel management, despite the additions.

Google’s ability to leverage its business listing and place data from Google Maps is really the app’s standout feature. You can find restaurants by cuisine or atmosphere, or activities organized into categories like kid-friendly, outdoors, indoors, further away, or even browse a list personalized to your interests.

But the app still has a number of issues when it comes to the email import and organizational feature. For instance, when it imported a flight confirmation from Gmail that has me arriving at JFK, it somehow decided that I was staying in Branson, Missouri. (The email doesn’t mention Branson at all.) This the kind of glitch you don’t tend to see over on TripIt, and is bad enough to make the app feel untrustworthy as the single destination for tracking your trips.

Google Trips is a free app on Android and iOS.