Apple announced this morning a new initiative aimed at offering an expanded and more in-depth series of programs and training sessions in its stores, under the branding “Today at Apple.” The company is adding dozens of educational sessions starting next month to all 495 stores worldwide, which will go beyond teaching users the basics of using Apple hardware and software, to also focus on advanced techniques, and, in some markets, even hearing from artists, photographers and musicians directly.

The larger goal with “Today at Apple,” is to broaden educational access, and make it more community-based – something Apple’s senior vice president of Retail, Angela Ahrendts, referenced in today’s announcement of the news, referring to Apple stores as “modern-day town squares.”

Where before, many of Apple’s sessions were focused on simply learning how to use its apps and devices, the expanded lineup of now over 60 programs will delve into other, more advanced topics aimed at attracting creatives and youth to the stores, with specific focuses on things like art, design, music, and photography.

While entry-level programs will continue to be offered, there will now be expanded “How To” sessions that cover an array of topics. For example, photographers could learn about shooting photos, organizing, and editing them. 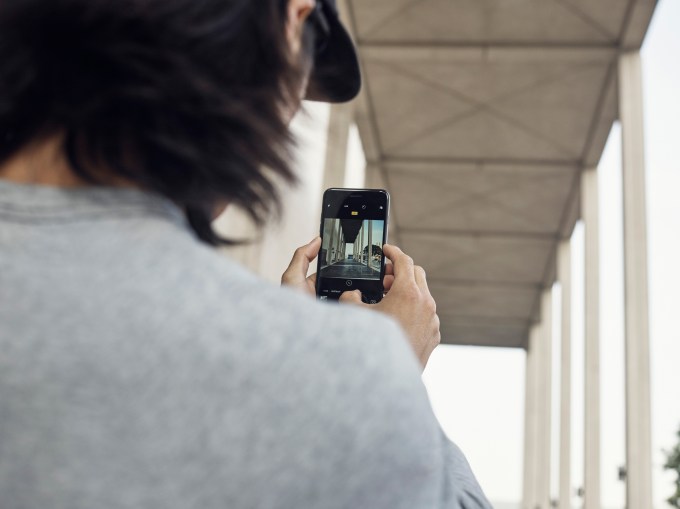 Apple is also taking its sessions out of the stores and into the wider world with things like “Photo Walks” and “Sketch Walks.” These programs were previously piloted at Apple Union Square and Apple Williamsburg, but are now available in all markets.

Aimed at more experienced photographers, the Photo Walks will have a staff members, now called “Creative Pros,” leading a group outside the store to help students learn how to take great photos with their devices.

These courses get deeper into various techniques – like learning about light and shadow, how to take portraits, how to capture photos of architecture, how to take action videos, or, more generally, how to tell a story with a photo.

The Sketch Walks, similarly, will have students leaving the building, but will instead focus on artistic techniques, like watercolor drawings, how to use brushes, how to do observational drawings, and more. 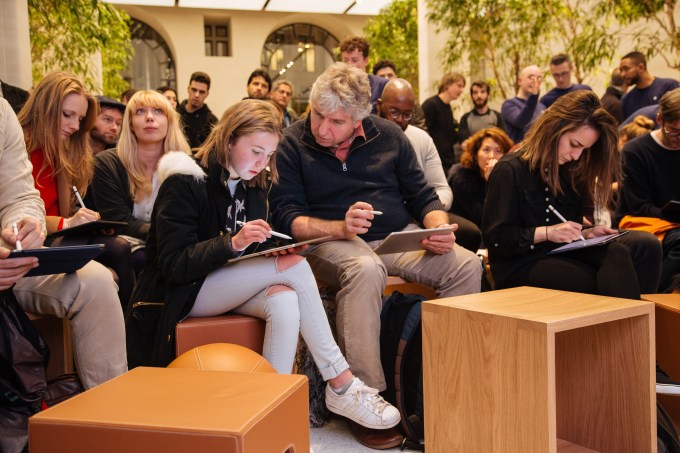 Apple is also expanding its lineup of programming aimed at children. While it previously offered summer programs like Apple Camp and on-demand sessions called Field Trips (which are booked by teachers), it will now host a weekly Kids Hour which is meant to bring parents and kids together. These sessions will include a variety of kid-friendly subjects, like creating music in GarageBand, making movies in iMovie, or coding Sphero robots, for example.

A program for educators, called Teacher Tuesdays, will also become available next month, which will give teachers ideas about how they can use Apple technology in the classroom for things like coding in Apple’s programming language Swift.

Swift training classes will also now be available in all stores, Apple says. 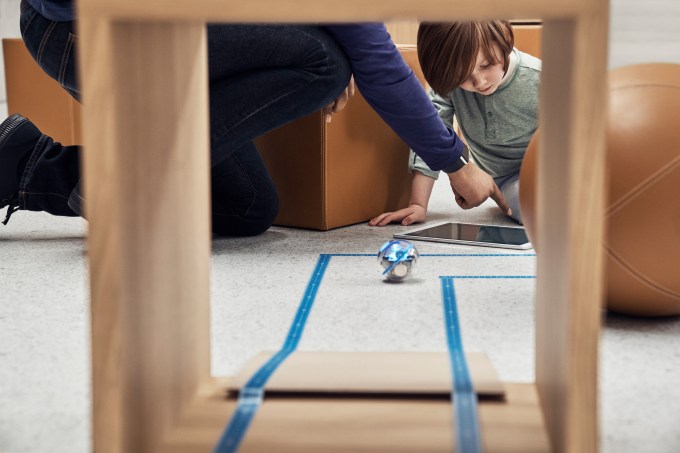 Above: Kids Hour with Sphero robots

Plus, there are new programs aimed at connecting business owners with entrepreneurs, called Business Circuits. And there are different types of classes being offered, beyond the typical, curriculum-based “how to’s.”

For example, a new session called “Studio Hours” will combine 90-minute courses on subjects like art, design, documents and presentations, but also allows customers to bring in their own work to the class where they can then get help from the experts, or collaborate with and learn from their fellow students.

In select stores, “Perspectives and Performances” sessions will feature notable artists, musicians and photographers who will speak to the audience about their creative process, and in some cases, perform live.

Similarly, Photo and Music Labs will be available in select stores, and will bring in photographers and musicians to teach classes on techniques and tools, rather than Apple staff. 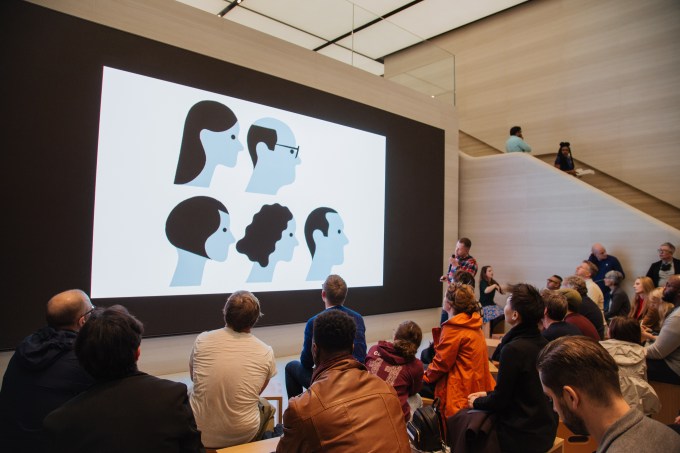 Though Apple’s release didn’t say which stores would be the first to bring in the outside creatives to teach classes and host sessions, we understand the initial list of stores offering these types of sessions includes Apple Union Square, Apple Williamsburg, Apple SoHo, Apple Regent Street (London), and Apple Dubai Mall, which is just now opening.

Apple will expand this to additional stores in the months ahead, after the late May launch of “Today at Apple.” 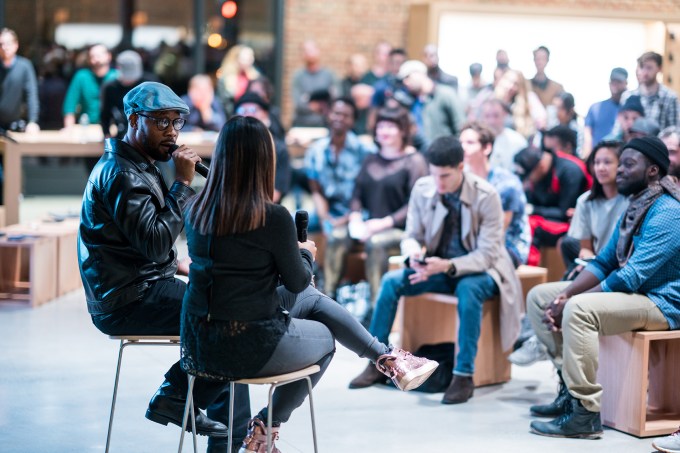 Above: “Art of Beatmaking” Session with RZA

The sessions themselves will be held either at the tables or in a modular seating area found in Apple’s new stores.

They will also now feature a “Forum Display,” which Apple describes as a mobile screen created by Apple’s design team. We understand that by “mobile,” Apple doesn’t really mean portable – it’s not a giant iPad, that is – but rather, is a display meant to replace the TV sets used today in order to offer a more consistent experience across stores. The display doesn’t leave the store, and is not a touchscreen.

Most of the sessions (except those hosted by area artists) will be taught by Apple staff called “Creative Pros.” Apple isn’t necessarily hiring a significant number of new staff to fill these roles – as much of the hiring on this front has already taken place, given Apple’s current lineup of training programs. However, Creative Pros will focus on a specific area they’re versed in – like photography, music, or art and design.

As before, customers can sign up for the free classes via the Apple Store App or website. Attendance will be limited based on the session type.

The expanded lineup of classes will be introduced in late May.