In its first four days on the market, Apple’s new social video editing app Clips reached between 500,000 and a million downloads, according to estimates from app store analytics firm App Annie. However, despite heavy press coverage and featured positions in the App Store, Clips hasn’t yet broken into the top 20 apps by ranking in the U.S. App Store’s Top Charts.

The day after its debut on Thursday, the app climbed to No. 28 in the App Store, its highest rank so far, per App Annie’s data. To put that in perspective, Apple’s Music Memos app – a fairly niche app aimed at musicians – reached No. 29 that day.

Music Memos, we should note, no longer registers on the Top Overall Charts, as App Annie doesn’t track rankings below No. 1750.

But according to data from two firms, Sensor Tower and App Annie, Clips already beat Music Memos in terms of downloads, if not rankings.

Another point of comparison for Clips is Instagram’s Layout. While the former is focused on video and the latter is for photos, both apps are broadly about editing media for the purpose of social sharing. During Clips’ first four days, it was ranking in the No. 5 to No. 6 range in the competitive Photo & Video category on the App Store, while Instagram’s Layout was in the No. 17 to No. 35 range, and as low as 80, in its first days, App Annie said. 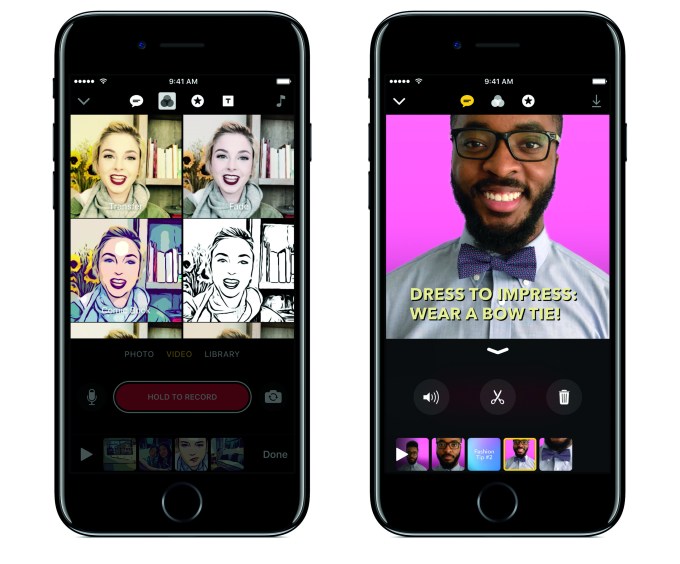 But Clips is slipping in the U.S. charts already. Over its launch weekend – a time when the app could have gotten a boost from curious users looking to play with Apple’s latest toy – Clips instead continued to drop. By Saturday, it was No. 39 in the U.S. By Sunday, 40. Today, it’s 53.

U.S. rankings don’t tell the full story of downloads, of course – Clips is available worldwide. But in this case, the U.S. accounts for around a quarter of its total downloads, so its performance in this market matters.

The U.S. is currently the largest market for Clips downloads (25% share), says App Annie, followed by China (roughly 16%), with Japan, Russia and Hong Kong rounding out the top five. 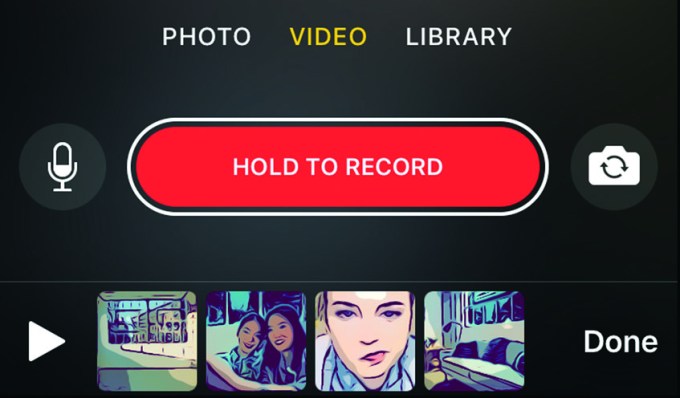 Beyond Clips simply being a new app from Apple, the app will ultimately succeed or fail based on its ability to tap into the network effects that come with social sharing.

“The average user is not yet aware of it,” notes Danielle Levitas, Senior Vice President, Research & Professional Services at App Annie. “They’ll start to become more aware of it through that network effect as people share these clips in Facebook, in Instagram, in WeChat,” she says. Clips does not have its own built in social network, so it will rely on these shares.

“The question for Apple will be not only where this is in terms of downloads – which is obviously important when a new app launches – but…what is the network effect?,” says Levitas.

Those effects will be tied to Apple’s ability to get the app onto people’s devices. In this area, it has an advantage: it owns the platform. With a 42 percent share of smart devices in the U.S. and the App Store as the single point of entry to the world of mobile applications, Apple can heavily promote its own apps if it chooses. And it certainly is doing so with Clips.

The company placed Clips in featured banners both on the homepage and in the Photo & Video category page in its App Store, and it gave Clips the number one position on Apple’s “New apps we love” list. 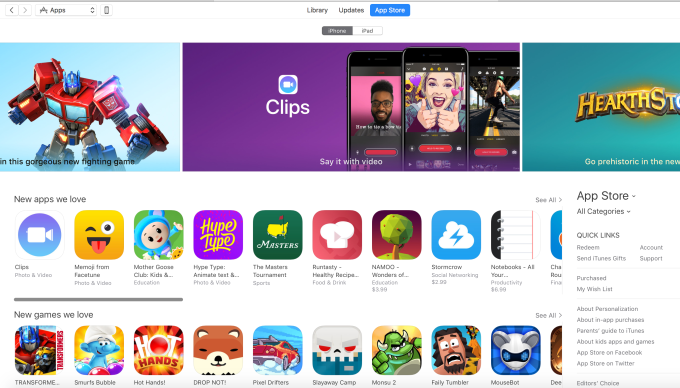 Plus, there’s the accompanying onslaught of press coverage from not only the typical array of technology news sites and Apple blogs, but also a slew of mainstream media outlets like The Wall St. Journal, Reuters, Time, CNN, CNBC, and many others. It’s kind of impossible to not know that Apple launched a new app, if you spend any time online at all.

That being said, not all iOS device owners read the news, or launch the App Store regularly. 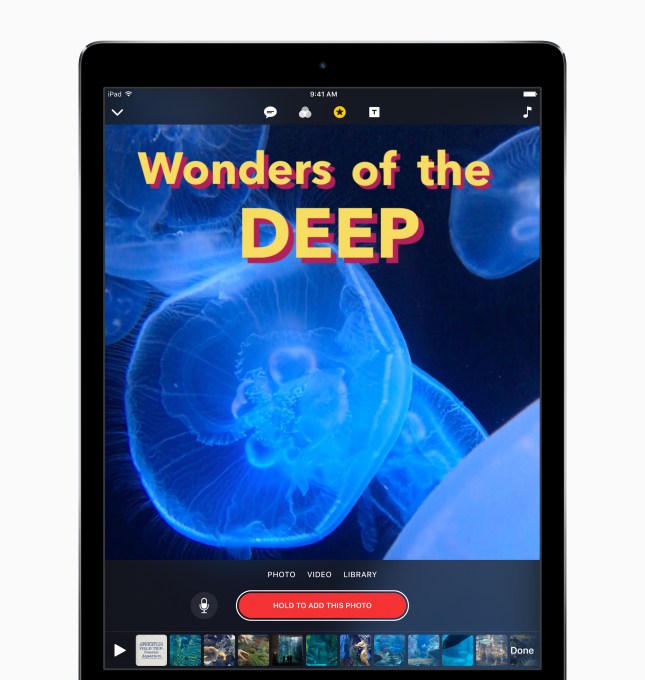 It seems like Clips is catching on with those who’ve tried it, however, leading to a 4-star rating and many rave reviews on the App Store. The app seems to appeal to those who are already familiar with video editing, and find Clips to be a less bloated alternative to iMovie for iOS. But those with less experience complained the app doesn’t feel that intuitive or has poor navigational elements, among other things.

As TechCrunch’s own review noted, many of Clips’ features are buried, with the goal of keeping it simple. This could have the side effect of making them hard to find. And it’s clear not everyone agrees that Apple has built a straightforward app. The user interface is not as simple as it could be, some reviewers said, leading to a bit of learning curve to getting the hang of it. These are areas Apple may need to iterate upon in the future.

In the meantime, Apple could gain real-world insight into what people want to do with their videos. Eventually, it could choose to port a feature or two from Clips – like its filters, overlays or other live editing tools – to its main Camera app.

But Clips’ real test won’t be rankings or downloads, but in the number of clips the app ends up producing, and their distribution. Those numbers won’t be visible for at least a month out from launch, at the earliest.