SpaceX gets a big win after successfully relaunching a Falcon 9 rocket, the Samsung Galaxy S8 is officially unveiled and more details surface on Elon Musk’s new company. These are the top stories of the week, plus some long-form weekend reads. You can receive this post as a newsletter too, if you’d like.

1. The Senate and Congress voted to empower internet service providers to freely expose and sell private user data to advertisers — aka your browsing history is up for grabs. The measure would reverse the Broadband Privacy Rule, a piece of regulation set by Obama’s FCC. Here’s everything you need to know about the decision.

2. SpaceX successfully re-launched one of its Falcon 9 rockets for the first time ever. This achievement is particularly important for SpaceX because it speaks to the company’s long-term plan for making rocket launches more affordable and accessible. This rocket was first used last year, when it was the first Falcon 9 rocket to successfully land on one of SpaceX’s autonomous drone ships at sea. 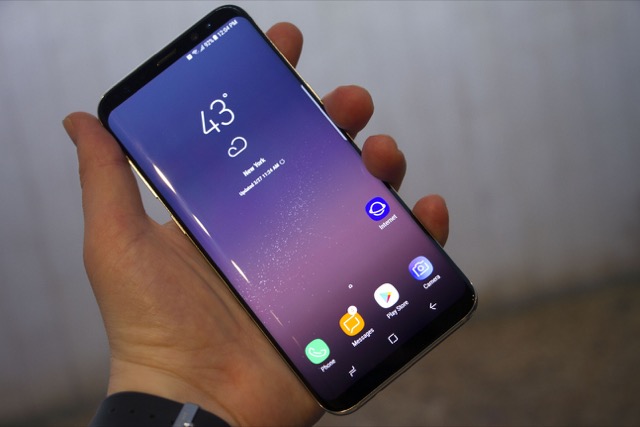 3. Samsung officially unveiled its Galaxy S8 and S8+ phones. The two models have an edge-to-edge display and ditch the physical home button. The biggest addition may be Samsung’s new smart voice assistant, Bixby. The company seems to have successfully put the Note 7 fiasco behind it.

4. Oculus co-founder Palmer Luckey has left Facebook. The founder who helped kickstart the VR craze has left the company after a year that saw the launch of the consumer Oculus Rift but also a number of lawsuits and a pro-Trump meme scandal. “Palmer’s legacy extends far beyond Oculus,” reads a statement from Facebook.

5. Tesla has a new shareholder. Tencent, Asia’s second highest valued tech firm, has bought a five percent share in Tesla. According to a filing, the Chinese firm scooped up 8,167,544 shares for around $1.7 billion to become one of Tesla’s largest shareholders.

6. Elon Musk has a new company. The venture is called Neuralink, and it is focused on developing the capabilities of the brain through technological augmentation. At first, the company will explore how brain interfaces could help symptoms of chronic medical conditions. But there’s word that it could involve the exploration of upgrading human brainpower. It has been known that Musk was working on a brain-computer interface tech.

7. Google, which has accused cybersecurity management company Symantec and its partners of misissuing certificates for encrypted web connections, announced it’s downgrading the level and length of trust Chrome will place in certificates issued by Symantec. Google claims that Symantec hasn’t been taking its responsibilities seriously and has issued at least 30,000 certificates without properly verifying the websites that received them — a serious allegation.

8. Facebook’s feature clone of Snapchat has finally gone into effect. Users will soon have access to the new Facebook Camera feature that lets them overlay special effects on photos and videos. They can then share this content to Facebook Stories that appear above News Feed on mobile. It works similarly to Instagram’s 24-hour ephemeral slideshows. Here’s what’s in Facebook Stories, and what’s missing.

9. Bots are still hot, according to Facebook. At its F8 conference, Facebook will announce a new class of group bots that work inside Messenger group chats. These group bots can keep users informed about real-time news such as a sports game’s progress, e-commerce deliveries and more, according to sources familiar with the development of the feature.

Windows has a heart of trash. “Microsoft is stuck between a rock (a small one, me) and a hard place (millions of customers who rely on legacy systems in one form or another). So much depends on little nuggets buried deep in the garbage fire that they can’t throw it all out at once. But who are they going to detail to audit a hundred million lines of code to find them and save them? Then, on the other side, how long can they keep shipping a product that’s deeply compromised by carrying this burden, which wrecks user experience and increases the hackable surface area by orders of magnitude?”

Stories are the new News Feed. “If the camera is the new keyboard, then the future of social media will look more like a slideshow than a Word document. So while Snapchat invented Stories, we’ll have to get used to using them everywhere.”