Facebook CEO Mark Zuckerberg wants the company to own the future of virtual reality, and in the short term that means putting a lot of VR headsets on a lot of faces. Even for a company with nearly 2 billion monthly active users, hardware is still an incredibly difficult beast to master. To do so, the company is hiring Michael Hillman, a 15-year veteran of Apple, to lead the VR product roadmap for Oculus as head of VR hardware.

An Oculus spokesperson tells Bloomberg that Hillman will work closely alongside Oculus COO Hans Hartmann in his role. 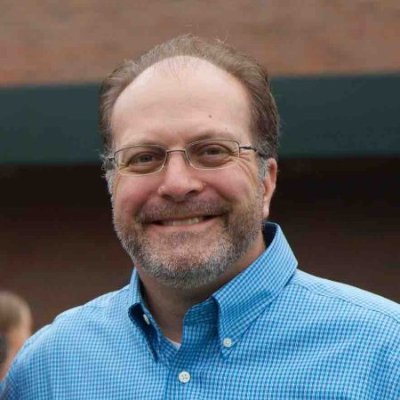 Hillman worked in senior engineering and design roles at Apple where he worked on products like the iMac. According to his LinkedIn, Hillman spent his final four years at Apple working in a confidential hardware role. Hillman is listed as an inventor on a number of Apple patents related to displays and battery technologies. Hillman left Apple in 2015, later joining Zoox, an autonomous vehicle startup.

The organizational structure at Oculus has grown increasingly peculiar over the past few months, with the virtual reality company growing much closer to its parent company Facebook. In December, co-founder Brendan Iribe stepped down as CEO to lead the PC-based VR division. Unlike other siloed Facebook products, such as Instagram, Oculus will soon report directly to an executive in Zuck’s inner circle, the recently hired Hugo Barra, joining from Xiaomi to lead VR efforts.

Hillman adds another degree of separation between Facebook’s top brass and the original Oculus co-founders, a group that has recently been divided into organizationally separate mobile and PC-based hardware teams. While former Oculus CTO John Carmack and Chief Software Architect Michael Antonov are now working on the mobile team’s software advances, Iribe and former VP of Product Nate Mitchell are separately leading efforts on the PC-based Rift hardware.

With Hillman coming aboard as head of VR hardware, it’s worth noting that Oculus has already shown prototypes that look beyond its current Mobile/PC-based org structure. At the company’s OC3 developer’s conference late last year, Oculus gave press previews of “Santa Cruz,” its wirelessly tracked all-in-one prototype headset. An Oculus executive told TechCrunch that the company’s standalone headset was being developed under a separate team outside of the PC-based hardware division.

The company’s current flagship virtual reality device, the Oculus Rift headset, was released one year ago with more than a healthy amount of delays caused by manufacturing issues, something that caused quite a bit of anger among early adopters who were already upset by the headset’s higher-than-expected $599 price tag. The company released its Touch motion controllers for the Rift in December and last month slashed the prices of both the controllers and headset by $100.