It’s World Water Day. Time to wake up and take shorter showers. That is, if we’re fortunate enough to have them. Water scarcity and pollution are persistent global problems. According to End Water Poverty, some 663 million people around the world have absolutely no reliable access to clean, safe water year-round. And two-thirds of the world population faces water scarcity for at least one month every year.

In the wealthy US, we’re facing a different kind of water crisis largely of our own making. In 2016 only 9 states reported safe lead levels in their schools’ water supply. Lead and copper contamination can come from irresponsible industry, aging pipes, ineffectual water treatment plants and too little investment in our public water infrastructure.

Droughts and natural disasters can cut off access to potable and sanitary water anywhere in the world, too. Haiti is known as a “pipeless nation,” still recovering from 2010’s catastrophic earthquake and consequent natural disasters. In Haiti, only one-quarter of residents have access to toilets, according to the World Bank. And it’s hard to believe it, but giant freshwater sources in North America like Lake Mead in Arizona or the Colorado River may not be able to keep pumping to residents’ homes and businesses much longer thanks to drought and pollution.

Our daily consumption of water affects future supply, of course. Right now, according to research by WWF, wasteful irrigation systems on farms consume about 70% of the world’s freshwater, over double that of any other industry. By contrast, municipal water represents a mere 8% of global use. Bad irrigation practices in farming can hurt our water in other ways, washing pollutants into rivers, streams or other freshwater ecosystems.

At TechCrunch, we’re lucky to see the hopeful ways that startups, investors and other organizations are working to solve huge problems plaguing humanity with tech, including the global water crisis. Here are 12 to watch: 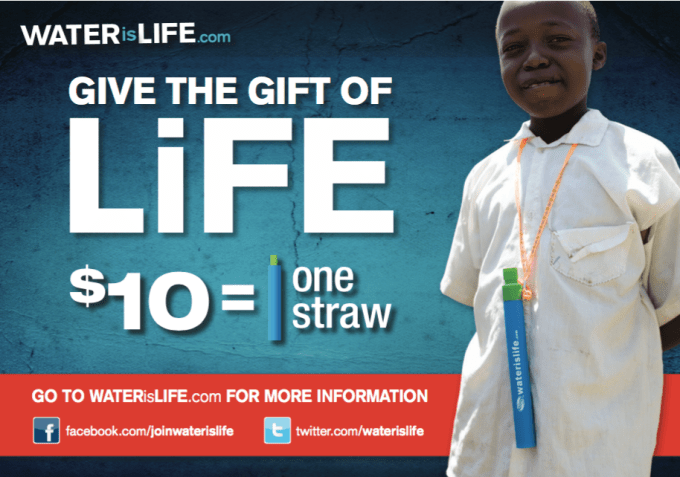 The nonprofit Water is Life makes and distributes portable water filters that look like big straws. The components inside the straws are “membranes, iodized crystals and active carbon,” which eliminate harmful bacteria and viruses including typhoid, cholera, E. coli, and reduce other harmful particles so people can drink safely wherever they go. Water is Life also creates educational campaigns, and even a VR game, to teach kids why and how they should clean or filter water before they drink from a potentially unsafe source. 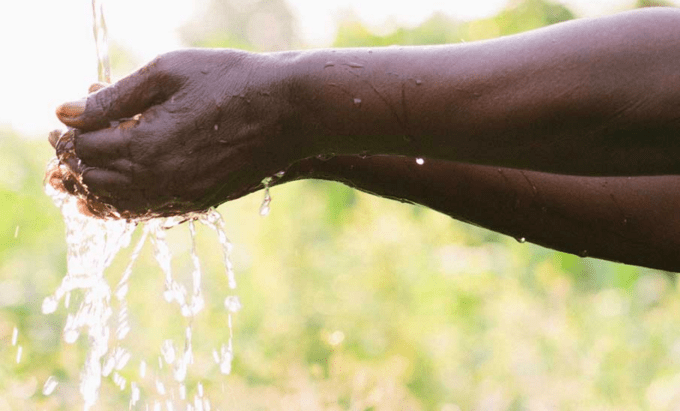 Charity: water is focused on helping people get access to clean water. Founder Scott Harrison has gotten support from the tech community throughout the years, with entrepreneurs like Sean Parker and Michael Birch involved with the organization. 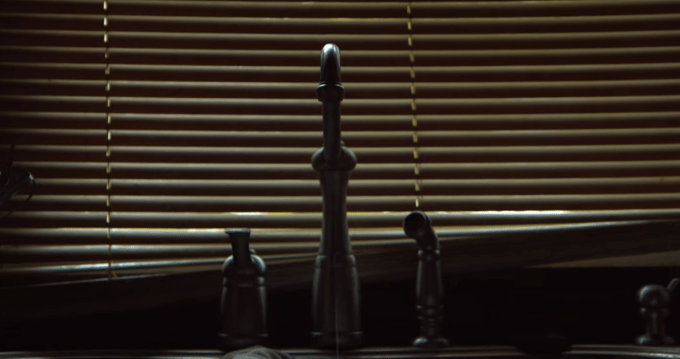 Backed by Y Combinator, TeeSpring and the Shuttleworth Foundation, The Human Utility is helping low-income families get help paying for their water bills so their taps won’t be turned off by utilities leaving them thirsty in their own homes. 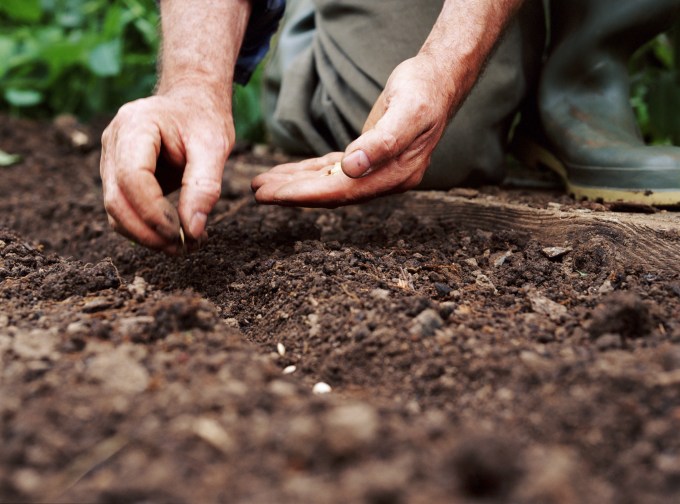 WaterSmart’s software helps the water industry understand what’s happening to every last drop of H2O. It aggregates and analyzes information from millions of water meters, predicts demand, and helps utilities communicate with customers about everything from leaks at home to service or rate changes. WaterSmart is making moves with a recent $7 million raise at a $21 million pre-money valuation. 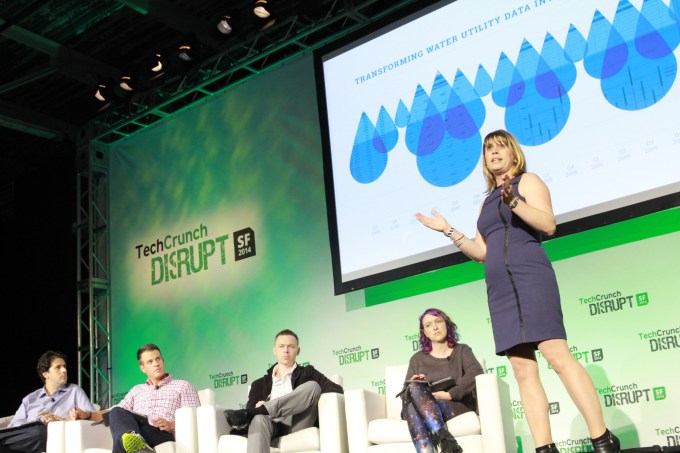 Backed by Y Combinator, Valor Water helps utilities understand who is wasting and who is conserving water among their customers. With that data, they can target rate hikes at water pigs, and cut conservationists a good deal to incentivize responsible water use. The company previously competed in TechCrunch’s Startup Battlefield in San Francisco.

TOTO manufactures high-efficiency toilets and has been named a Water Efficiency Leader by the US Environmental Protection Agency, which lauded its sustainable manufacturing and advocacy efforts. The company’s toilets clean themselves with electrolyzed water after every use. TOTO invited TechCrunch to test-drive their latest bidet-and-toilet model at CES this year, but our reporter declined since he was doing the story on camera.

This company, which was one of our favorites from 500 Startups’ 19th class, is developing an application of deep learning for water management. Pluto.ai uses data and machine learning to predict infrastructure failures and to monitor water usage. The company is striving to reduce operating costs at two of the 10 largest water companies in the world who it counts among its partners today.

Imagine H2O is a water-focused accelerator and fund providing water entrepreneurs with “the resources, insight and visibility to launch and scale successful businesses.” The company’s annual water innovation prize rallies entrepreneurs to focus on solving different water-related problems with their technology. This year’s winner, Utilis, uses satellite imagery and big data analytics to find leaks in underground water supplies to large, urban markets so that cities can stop them and save that water for residential use. 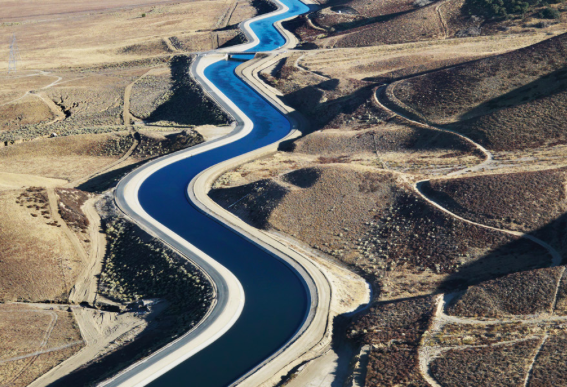 A Toronto-based venture firm called XPV Water Partners has developed a specialization around startups in the water industry, one of the most regulated sectors in every nation. Its portfolio includes microbial monitoring tech startup LuminUltra, water reclamation and reuse venture Natural Systems Utilities, and Shenandoah Growers, a grower of organic herbs that uses 90% less water than required with traditional farming methods, but no photo-sharing or dating apps. 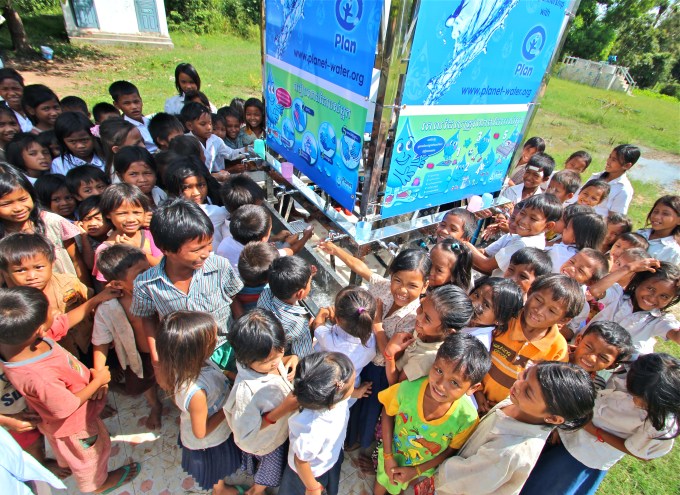 This nonprofit installs water filtration systems in rural communities and at schools around the world so they can have clean, safe drinking water. The systems, called Aqua Towers, trap harmful particles, and kill bacteria and viruses, providing 1,000 people with 10,000 liters of clean water per unit daily. 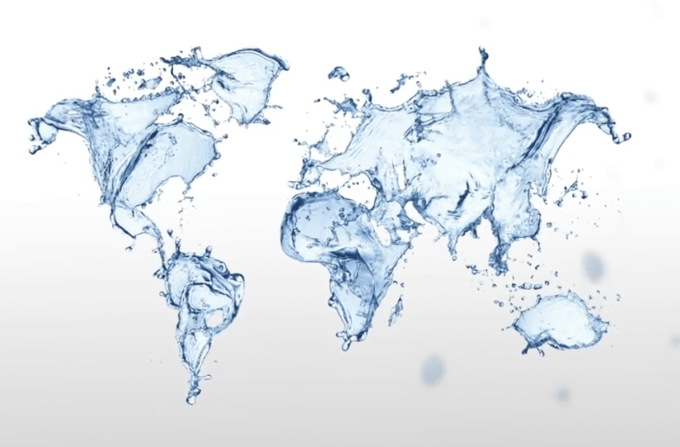 New York-based RWL Water builds desalination plants and wastewater treatment systems around the world.  The company works to provide a power supply to customers who are in geographically remote areas but need water to power their communities and businesses. Most recently, RWL acquired a water plant in São Paulo, Brazil, a market that has been struggling to keep its residents and businesses in clean water after a two year, El Niño drought. 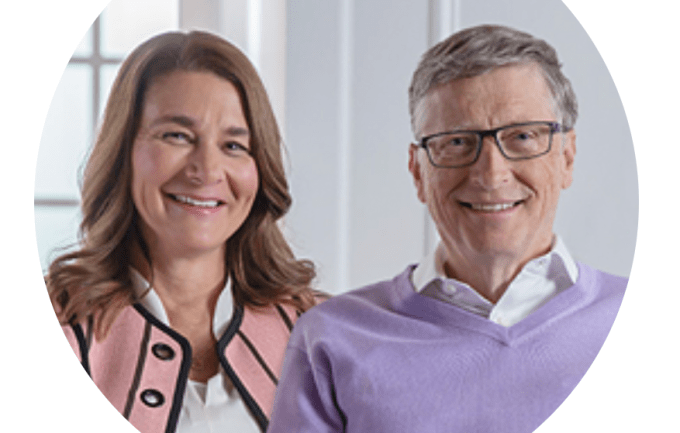 The Bill & Melinda Gates Foundation is a tour de force supporting tech to solve problems that plague humanity. The foundation’s Water & Sanitation Hygiene Challenge, and Reinvent the Toilet fair award grants to organizations that improve sanitation in the developing world. According to the foundation’s own research, “Better sanitation contributes to economic development, delivering up to $5 in social and economic benefits for every $1 invested through increased productivity, reduced healthcare costs, and prevention of illness, disability, and early death.”