The iMessage App Store may have its struggles, but one app aimed at bringing group video chat into the iMessage experience is reportedly taking off. Boston-based Smack, the company behind the video chat app called Fam, has raised $1.8 million in funding from a range of investors for its Top 25 Social Networking app on the App Store that allows groups to chat with one another via iMessage with just a few taps.

The funding closed back in December, but Smack is only now announcing the details, ahead of a new app release aimed at improving Fam’s design and performance. 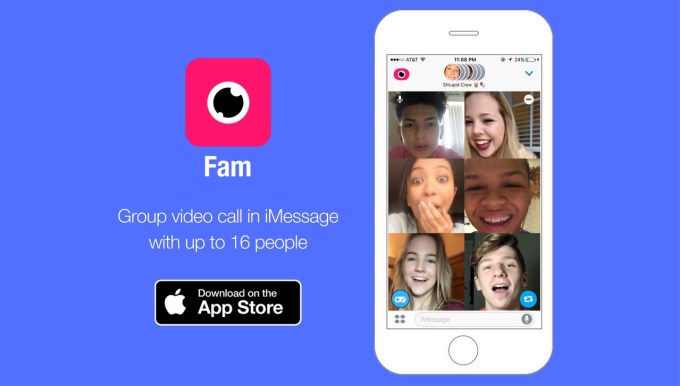 Founded in late 2013, Smack was originally focused on building a web-based social news service aimed at the high school crowd. According to Smack co-founder and CEO, Giuseppe Stuto, the website collected user-generated content submissions, like text and photos, all of which was curated by high school-aged journalists.

After expanding the service to 11,000 schools across the U.S. the startup raised $2 million from Flybridge Capital, Boston Seed Capital and Wayne Change (via his AngelList syndicate), among other angels.

Smack then launched its first chat app in late 2015, aimed at offering a social network of group chat as a means of redistributing its news content. The app saw some initial engagement, but never reached critical mass.

In 2016, Smack decided to look into video, given its popularity among its user base. 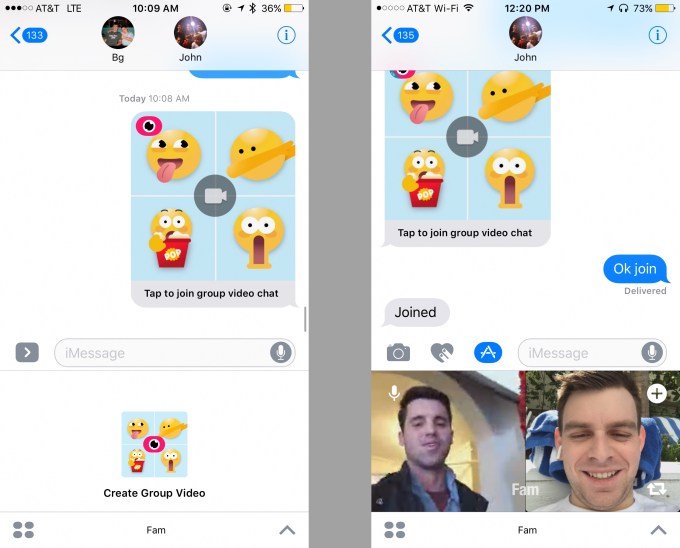 “We found there were two ends of the spectrum. One, being more private video hangouts like ooVoo and fledgling HouseParty [the app from the team behind Meerkat], which was pretty new. And then, at the other end of the spectrum, you have broadcasting, like Periscope,” explains Stuto.

The company began testing the latter with a new app, Smack Live, which let users, in groups up to four, broadcast to a live audience in hopes of gaining social followers. But one of the most prominent use cases that emerged was that a small group of friends would use the app to virtually “hang out” for hours with each other at night.

This is the experience that grew into Fam, the iMessage app that launched in December, 2016.

“Within a few days, the streaming bill [for Fam] was more than the amount of money we had left in the bank,” says Stuto. That necessitated the additional round. 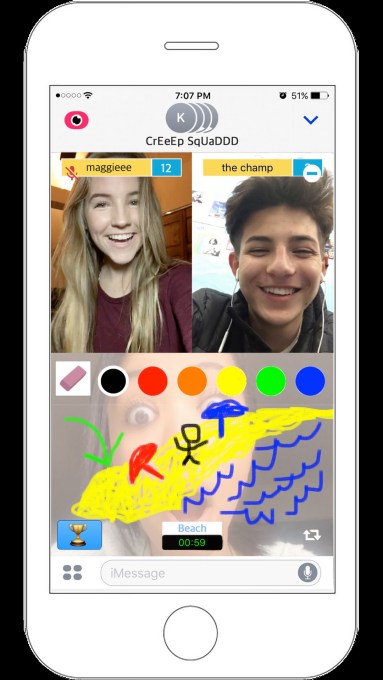 The app, which Fortune referred to as a “group FaceTime,” has since been dubbed one of the top 10 best apps for iMessage.

Today, the company claims millions of registered users, three-quarters or more who are female. The audience is mostly those 13 to 21 years old.

Session times average 15 to 30 minutes, but can go up to an hour at times when users are playing the app’s games. The company also claims tens of thousands of downloads daily.

Fam is currently the No. 3 app on the iMessage App Store, and No. 23 in the Social Networking category on the iOS App Store.

In its current iteration, Fam allows groups of up to 16 to chat via iMessage and play games. Its first couple of games are fairly simple — a trivia game and Pictionary-like game, for example. But Smack wants to partner with game developers in the future to bring their games into its video chat.

Further down the road, Fam wants to add other interactive experiences like masks and filters, AR, watching YouTube videos or even TV shows together and more.

Smack is not generating revenue for Fam at this time, but sees it playing in the same space as Snapchat when it comes to the potential for brand involvement at a later date.

The updated version of Fam is expected to be submitted to the App Store today, with an approval expected by the end of the week, if all goes well.