Following the revelation that a private Facebook group with 30,000 members targeted female Marines in a non-consensual photo sharing ring, other toxic online communities are popping up — and proving that the Marines United scandal is by no means an isolated incident.

This week, a group known as Just The Tip Of The Spear, commonly abbreviated JTTOTS, was booted from Instagram for violating its community standards. The group, named for a sexual innuendo remixed with military jargon, previously thrived on Facebook but also maintained an Instagram account. Neither Instagram nor the Naval Criminal Investigative Service (NCIS) responded to TechCrunch’s request for comment on the account. 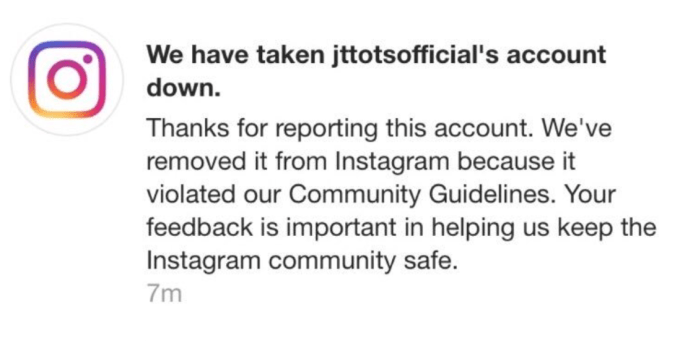 JTTOTS, fittingly called a “hatred factory” by one Reddit user, gained a following among Marines over the years for its brutal humor, often ridiculing unsuspecting service members caught doing something the account deemed to be funny enough to post. Archived posts from the group appear elsewhere online, demeaning individual Marines for everything from eating too many cheese fries to wearing their “dress blues” at the wrong time. It frequently veers into doxing, posting often unredacted photos of women for just about any infraction: dating multiple Marines on a base, deadlifting heavy or even just being attractive. 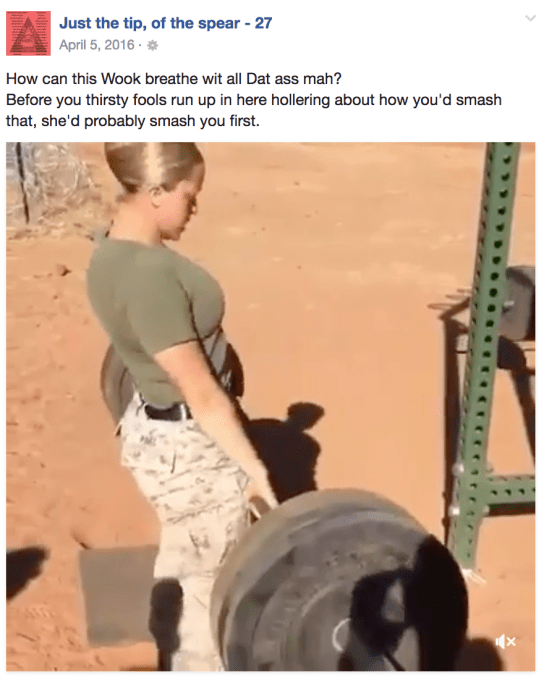 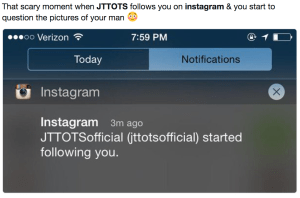 One current USMC active duty lance corporal who spoke with TechCrunch recalled the experience of seeing her own photos crop up on the group’s Instagram account. The Marine provided verification of her identity but asked that TechCrunch maintain her anonymity due to the retaliatory culture of these groups.

“JTTOTS typically posts military humor but ventures into degrading both male and female marines,” she told TechCrunch via private messaging, noting that the account has been around for years, and was “extremely active” between 2012 and 2015. “The admins of JTTOTS are former and active marines who thrive off of degrading and intimidating others. They’re a disgrace.”

Starting in 2014, her pictures began surfacing on JTTOTS. The photos depicted her in uniform accompanied by a post asking followers to say whether they’d “smash or pass” their fellow Marine in a sexually violent version of the game “hot or not.” The photos were culled from her public social media accounts, but they invited a wave of unwanted attention and harassment — exactly what the group does best.

“I was too scared of retaliation to report,” she explained. She stayed quiet out of concern that “they’d find explicit pics of me from an ex or someone would make up something and try to ruin my career.” 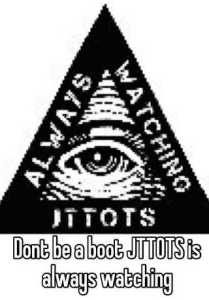 Because members can submit content and direct the group’s attention, she named one member in particular as a “predator to the very core of the word” who “preys on current and past female Marines” by posting their photos and harassing them.

That incident and others have been reported to the NCIS, which is now in possession of her photos. While she couldn’t comment on specifics of her conversations with NCIS, she confirmed that she has spoken with the internal law enforcement agency about JTTOTS and that she and other victims have provided NCIS with photos from posts that targeted female Marines.

The JTTOTS account is so infamous among Marines that its ubiquity has attained full meme status. “JTTOTS is always watching” is a viral reminder across social networks, and a warning that implies anyone can be named and shamed at any time.

Naturally, the group’s admins and members don’t look kindly on anyone reporting their bad behavior. “Their Instagram posted photos of myself and my friends harassing us saying we’re ‘fake’ victims of sexual harassment,” the Marine told TechCrunch.

Communities like JTTOTS also skewer male Marines who stand up for “wooks,” a derogatory, half-joking epithet for a female Marine. Those men are often ridiculed as white knights and “blue falcons,” a play on the phrase “buddy fuck” as in “fucking your buddy over.” 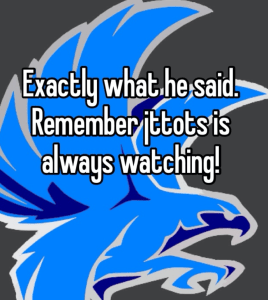 As another Reddit user recently put it, JTTOTS and Marines United have a lot in common:

“Feels a lot to me like the JTTOTS series of pages on FB. I used to have JTTOTS “liked” but I had to get away from it. It was about 50/50 funny shit of Marines just busting balls, and downright hateful shit about people’s wives / girlfriends… Not all of their stuff is bad, but some of it was beyond disrespectful. But I also realized that many had tried to take down JTTOTS and failed miserably. I won’t win that fight either.”

The JTTOTS phenomenon is not new. In 2014, veterans blog Task & Purpose published an in depth report on the group called “The Sexist Facebook Movement The Marine Corps Can’t Stop.” In screenshots from the group’s old Facebook page (it appears to live under a new account, though there are many unaffiliated Facebook spin-offs including “JTTOTS II”), the group’s culture depicts one of frequent harassment, rampant misogyny and retaliatory doxing. 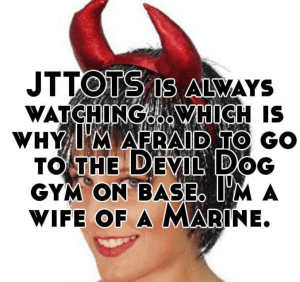 A 2014 NPR story also detailed the group’s toxic culture. In an interview, Afghanistan veteran Katherine Keleher explained how her photos appeared on JTTOTS three separate times. “They posted pictures of me and they were commenting about wanting to rape me, or saying I looked like a man, or things of that nature,” Keleher told NPR.

As one of the most popular Marine Corps-focused viral social accounts, JTTOTS played a formative role in incubating its virulent strain of online military culture.

“These pages are pretty expansive across social media, including Instagram and Snapchat,” Marine Lance Corporal and Terminal Lance founder Maximilian Uriarte told TechCrunch. “[They’re] all spun off of each other. It all goes back to F’n Boot and JTTOTS years ago.”

Even with the national spotlight trained on the developing scandal and some top brass testifying before the Marines Senate Armed Services Committee, it’s not obvious that change is imminent. Like other containers for toxic online behavior, these accounts have a way of mutating, spreading and surviving scrutiny, fully insulated from the repercussions that govern real-life social interactions.