Hulu’s live TV service is just around the corner, and will enter a competitive market where rivals like AT&T’s DirecTV NOW, Dish’s Sling TV, Sony’s PlayStation Vue, and YouTube TV are now battling for cord cutters’ dollars. To date, Hulu hasn’t offered a ton of information on how its service will differentiate itself from others, but it has added a few notable details to the service’s marketing website, where it has been taking sign-ups.

The site was spotted by the blog Cord Cutters News (via TVAnswerman). The site was originally thought to have been updated with a couple of pieces of new information about the service, but Hulu says it was actually rolled out in January, but was not publicized at the time. The URL Hululive.com recently was redirected to the site, which is why people are now seeing it for the first time.

There are still a few interesting details on the page for those who haven’t been keeping close track of the streaming service’s news.

These details matter because outside of the actual channel lineups offered (here’s Hulu’s), consumers will be selecting a service based on other key factors like pricing and feature set.

Within the current crop of TV streaming services, each focuses on particular aspects to make theirs stand out, beyond just their channel lineup. For example, DirecTV NOW touts its “data-free” nature for those on AT&T wireless plans, while PlayStation Vue pushes its ability to simultaneously stream over a large number of devices. YouTube TV is promising a cloud DVR that never runs out of storage space, and Sling TV is all about its add-on packages to customize the service to your needs.

Hulu’s live TV service is offering a handful of competitive features, the refreshed website says. Some features were already known, while others were rumored, and are now confirmed.

We’ve known that service itself will offer a combination of Hulu’s on-demand programming, with the option to add Live TV. In other words, users won’t have to choose between on-demand TV and live TV. And we knew that pricing will be under $40 per month, according to statements made by Hulu CEO Mike Hopkins.

Hulu also said it would have a DVR option, and the website confirms this should be available at launch, noting that users will be able to “save anything to watch later.” User profiles via a fresh new user interface will be supported as well, each with their own recommendations and recordings. A guest profile is available, too, so your recommendations aren’t ruined by your babysitter. 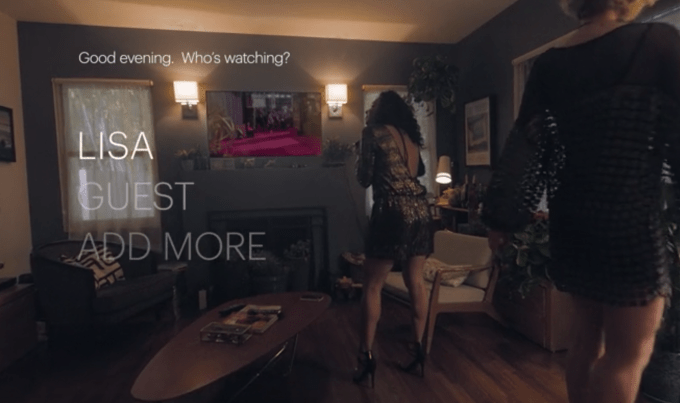 The site confirms that multiple, simultaneous streams will be supported on live TV. While it doesn’t say how many, it does imply it could be more than a couple by noting that “the whole home can watch at once.” Given that Hulu is trying to appeal to families with kids, it should be generous on this front. Vue, after all, offers up to five streams – which, so far, has made it the best for larger families. (Hulu’s teaser video on the site shows a family with at least two kids, which is a promising sign.)

You’ll also be able to pause a live TV show, then pick up from where you stopped at a later point – something that will make Hulu’s live programs feel more like on-demand offerings.

A variety of devices will also be supported, the site says, which is more of a given of course – especially since Hulu already has broad support for streaming players, phones, tablets, computers, smart TVs and more.

Maybe one of the more interesting teases is that the Live TV service will offer real-time alerts for events and TV programs you want to watch. 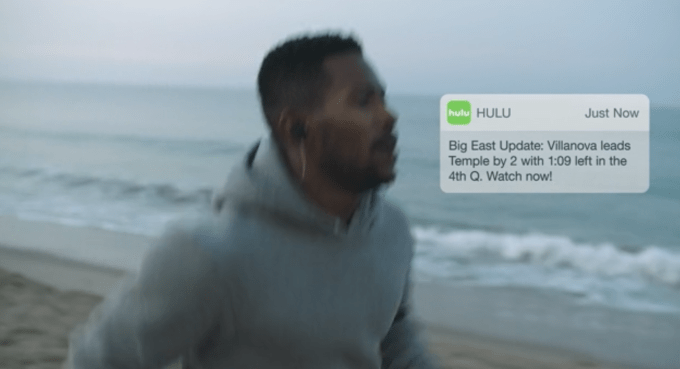 This is a simple feature, but one that’s really useful. Having gotten used to on-demand programming you binge through, it can be hard to remember when events are happening – like award shows, games, political events, TV premieres, and more. In the teaser video posted on the site, Hulu demonstrates how this feature works.

A man out for a jog gets a push notification about a game, but he obviously can’t stop and watch now. Instead, he pulls out his phone, launches Hulu, and taps a “Watch Later” button to save the game for when he has time to watch.

While many services either offer or are working on DVR features, they don’t think about the end-to-end user experience – instead, the DVRs are treated much like cable TV DVRs. That is, you configure your recordings in advance or, at best, remotely through your phone. But they don’t fully take advantage of mobile’s ability to push alerts and reminders that are personalized to your interests.

Hulu hasn’t said when its service is launching, beyond “this spring,” but given the big refresh for its website, the timer is clearly clicking down.