Google has just one-upped Apple on mobile in a significant way: today the company today announced the launch of Family Link, an application for parents that lets them establish a child’s first Google account, as well as utilize a series of  parental controls to manage and track screen time, daily limits, device “bedtimes,” and which apps kids can use.

While all the major mobile device providers – Apple, Google, and Amazon included – offer parental controls on their devices –  Family Link is different because it’s a two-party system. Instead, it works more like the third-party parental control and monitoring software already on the market, where an app installed on a parent’s device is used to configure settings and keep an eye on kids’ digital behavior.

For the system to work, Family Link requires that both parent and child use Android. The parent will first download the Family Link mobile app to their own device, running Android KitKat (4.4) or higher. An iOS version is not yet available, says Google.

From this app, parents will set up the child’s Google account. It’s designed to be used for those children under the age of 13, Google notes. 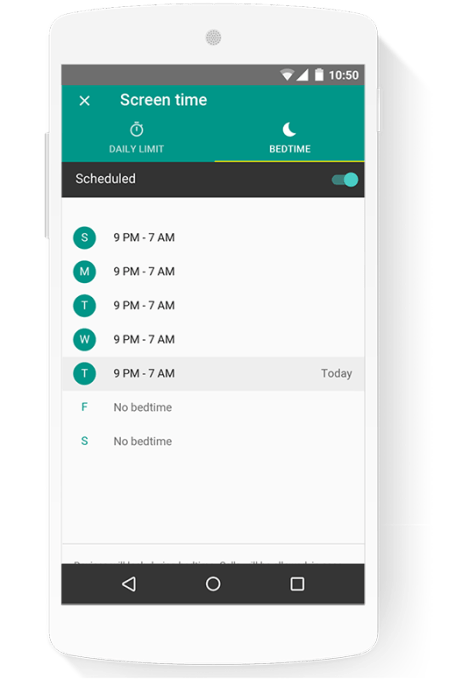 Then, on the kid’s device, the child signs in using these new credentials. The child’s phone or tablet must be running either Android Nougat (7.0), or a supported device running Marshmallow (6.1). (A full list is here in the Family Link FAQ.)

Once signed in, the child’s phone usage is tracked and logged, so parents can see how much time kids spend in various apps, via weekly and monthly activity reports. From the parent’s app, moms and dads can set a number of rules for their kids, including how long kids are allowed to be on their mobile devices every day, at what time the devices can no longer be used that day (through a remote locking feature), and which apps can be installed. 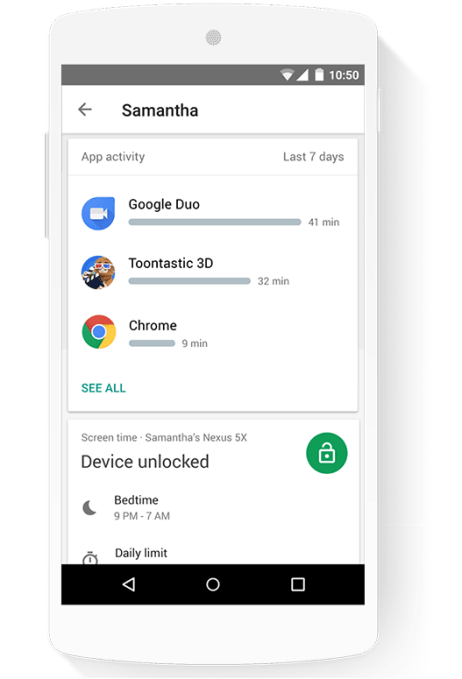 Parents can approve or block apps the child wants to download from the Google Play Store, much like how Apple’s iCloud Family Sharing’s “Ask” feature works today.

Like Apple, Google doesn’t offer any suggestions as to whether a given app should be approved, however – that decision is left up to the parents’ discretion.

“[Family Link] can’t make the apps or services on their phone that were designed for adults kid-safe; it’s up to parents to choose what’s right for their kid.”

A lack of guidance is one of the gaping holes with many parental control systems today. That’s unfortunate given that all the app stores have app ratings. It seems that simply highlighting the rating to parents during the “Ask” process could go a long way to helping parents make better decisions. 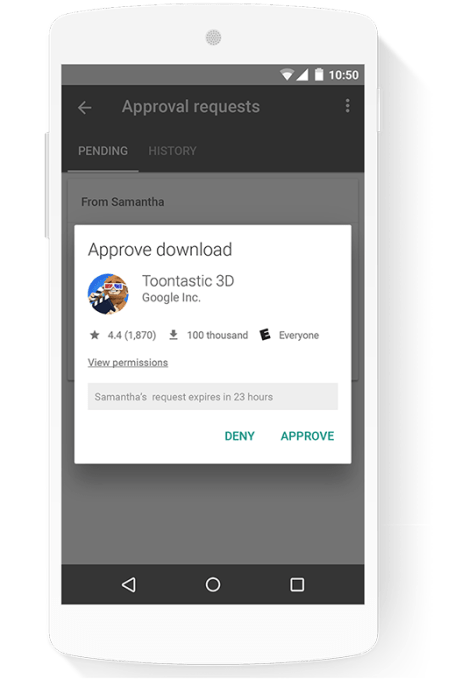 That being said, Family Link does allow parents to at least remotely configure the filtering options for some of Google’s own apps, like the Google Search app and the Chrome browser. This will protect kids from adult content and other inappropriate material when doing web searches.

Plus, having standalone application that lets parents remotely configure a variety of control mechanisms for children’s devices will be generally helpful, and could become a selling point for Android phones and tablets.

Family Link isn’t yet broadly available. Google is offering early access to testers willing to try the service during this early preview, and provide feedback.