While Apple’s retail team is currently remodeling all its stores, the company is also opening brand new stores around the world. Apple is opening a flagship store in Downtown Miami, a new store in a historic building in Cologne and a third store in Nanjing.

Last weekend, Apple reopened the 35th remodeled store across 18 states. “Almost 50 percent of the stores in the U.S. were built before the iPhone,” Apple senior market director Enrique Atienza, who is working on Apple stores across North and South America, told me.

Today we re-opened the beautiful Apple St. Johns Town Center in Florida — the 35th store we’ve updated to our latest design in the US. pic.twitter.com/B69Tvy4TSf

For instance, in Indianapolis, here’s a comparison of the old store and the new store in the same mall but in another location (I’m going to miss those fake cardboard iPod Nano models):

The Apple Brickell City Centre store in Miami will share the same aesthetic and features as the company’s other flagship stores, such as the Apple Union Square store in San Francisco.

“This is the first store in Downtown Miami. Normally, Miami is all about the beach and the periphery. In the last few years, Downtown Miami has seen this kind of renaissance,” Atienza said.

So there will be a large forum with a video wall. You’ll find the avenues with display windows and regular new designs. And business customers will be able to use the boardroom to talk with Apple employees and get hands-on time with new devices.

More importantly, the store will have gigantic 13-foot-tall floor-to-ceiling glass windows. This is by far my favorite feature of the Union Square store in San Francisco, as it blends the store with the surroundings. I can’t wait to see photos of the store when it opens on March 25.

A hundred employees will work in this new store. They speak nine languages and nearly half of the team speaks Spanish.

Apple’s Nanjing Jinmao Place store and Apple Schildergasse in Cologne will open on March 25. The building in Cologne is beautiful and it is currently covered in iMessage confetti effect posters: 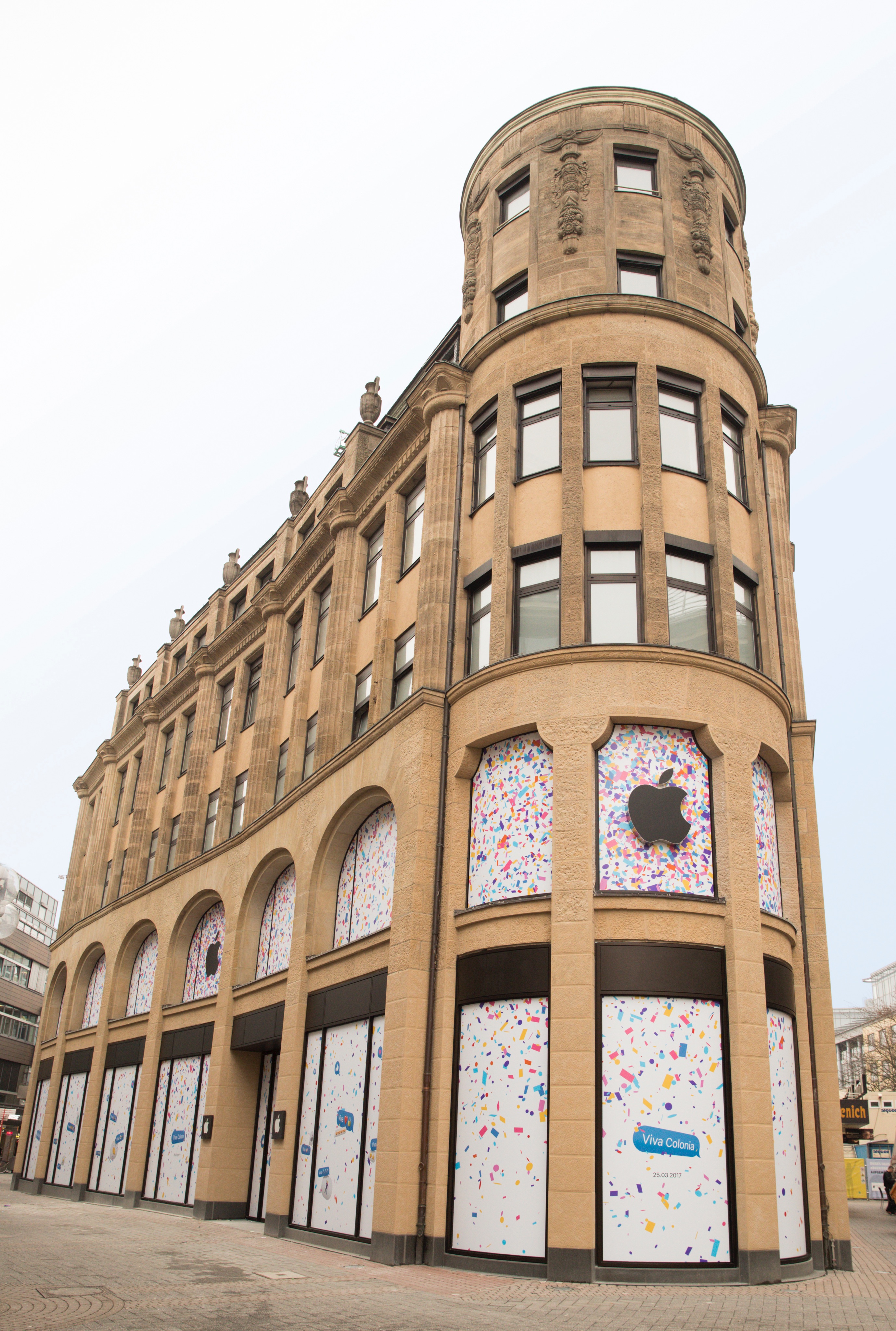