The world of coffee is one often torn between the old and the new, traditional brewing techniques and the latest, coolest method. But if there’s one area pretty much anyone would agree improvements could be made, high-tech or otherwise, it’s instant coffee. Sudden Coffee is looking to do just that with good beans, better tech and a web-based business model.

Sudden is the creation of Kalle Freese, a decorated Finnish barista, and Joshua Zloof, an entrepreneur in the food space; Freese originally started his own cafe, but was frustrated by the inability to serve more than, say, a hundred or two hundred people a day. But an encounter with famed coffee scientist Chahan Yeretzian — once Nespresso’s Head of Taste and Aroma (!) and now Sudden’s scientific advisor — convinced him to pursue the possibility of making instant coffee that… well, doesn’t suck.

The thing about instant coffee is that it’s pretty much bad news from start to finish.

“They start with bad coffee, roast it really dark, then extract it twice, which kind of blew my mind,” Freese explained. “About 60 percent of the bean’s mass is extracted, and normally you don’t even want half that. You get a lot of these heavy, bitter, woody compounds.”

The dehydration process, too, is done in enormous bulk and high temperatures at bigger companies, robbing the coffee of its aroma.

Freese summed all this up with a Finnish saying that is, essentially, a less polite version of our own “lipstick on a pig.” 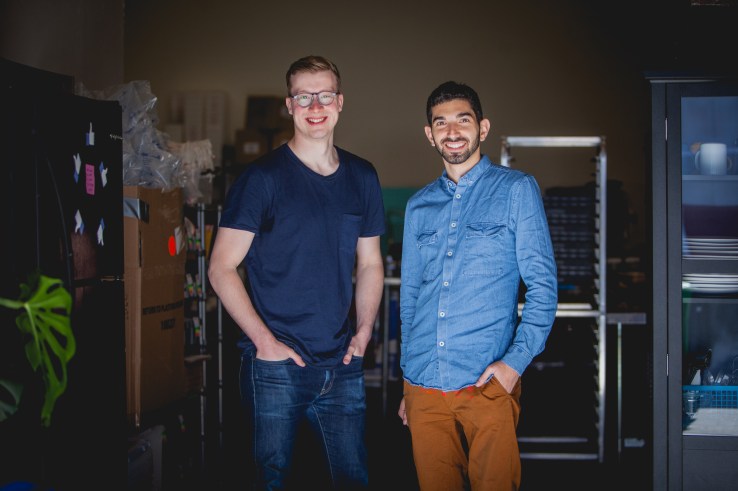 He felt sure that the process could be improved and the resulting product not just drinkable, but actually good. Over the last two years, following $500,000 in angel funding in 2015 and a $2.8 million seed round this last December, they’ve developed a process that appears to have done just that — I tasted it myself. It was good enough for Y Combinator, too, which has accepted Sudden into its Winter 2017 batch of companies — the second food startup after Soylent to be included in the accelerator.

There are three basic improvements Kalle and the Sudden team made to the instant coffee process.

First, they use good single-origin beans, sourced from Vancouver, B.C. roasters 49th Parallel. As with any good culinary experience, you can’t skimp on the ingredients.

Second, they built a bulk brewing process that doesn’t destroy the beans.

“We’re using a unique, fully closed centrifugal brewing system that doesn’t allow for any aroma to escape,” Freese said. “We also extract the coffee at low temperatures (85-90C). As a result we only get the good stuff — sweetness, fruitiness, acidity — and none of the bad stuff like bitterness and woodiness.”

Third, they developed their own freeze-drying technique that they describe as the equivalent of a server farm. Instead of an enormous machine processing tons of coffee at a time, a collection of small freeze dryers are employed. This lets them tune the process to a particular batch of coffee and maintain quality while still pumping out lots of finished product per day. 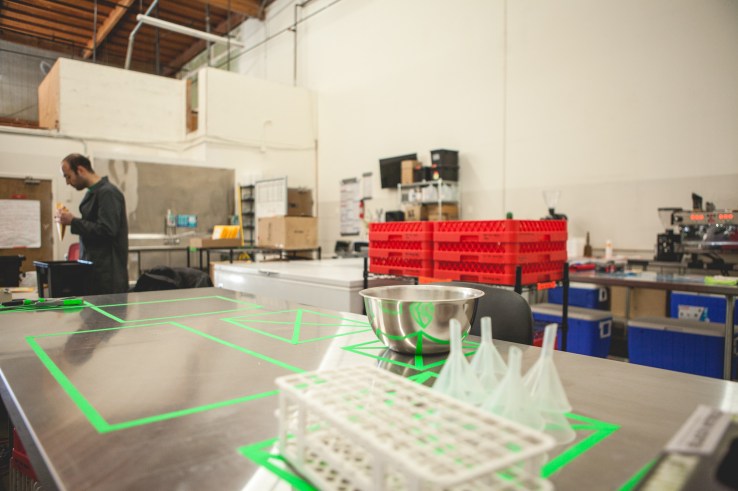 “We developed our own profiles for doing it in a way that preserves the flavor,” Freese said. “You have to find a balance between temperature, pressure and drying time.”

So, how does it taste?

I set up a little blind taste test at home to see whether Sudden’s instant could live up to the company’s promises. I had a cup of Sudden, a cup of regular instant, some drip from a coffee shop down the street and a pour-over of my own. 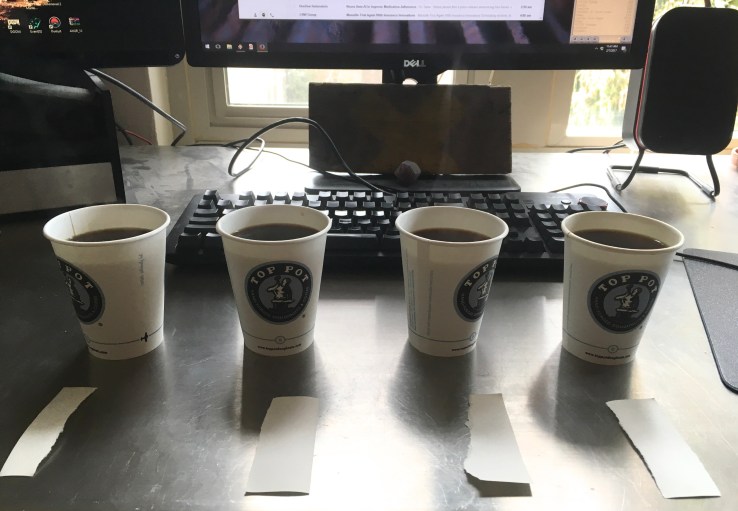 After switching the identical cups around quite a bit, I tried and, I’m proud to say, correctly identified all of them. Sudden’s brew had some things in common with the standard instant: a super-sweet aroma and very up-front flavor that doesn’t linger — that’d be the lack of oils that come through in fresh brew. But while the regular instant had a sort of all-purpose generic coffee flavor, Sudden’s clearly tasted like a lighter roast, with the expected notes that come along with that, and there was less of the feeling that something bitter was being covered up by something sweet.

In short, it was pretty good, though fundamentally outclassed by a fresh brew. Certainly better than standard instant, and even the drip from down the street (a respectable café but not their best batch, it must be said).

That’s really the sweet spot Freese was targeting. Having taken 9th place in a barista world championship, he knows what good coffee is and isn’t, and he wouldn’t fool himself that freeze-dried liquids could compete with the real thing. But that’s not the point. Instead, it’s about bringing decent coffee and selection to people who don’t have time or access to get the good stuff.

“We have a lot of people who like good coffee, but live in a small city that has no place to get it,” Freese said. “We’re leveraging tech to deliver a better coffee experience to people who don’t have coffee shops.”

The business model is essentially coffee as a service: For a monthly fee you are regularly delivered packages of 8 (or multiples thereof) Sudden Coffee servings — right now, a rotating bean, but in the future perhaps a type you’ve requested, or perhaps something new that’s recommended based on your taste. The cost right now is $19 per month — $2.75 per cup if you include shipping.

Yes, $2.75 per cup for instant coffee. I too am skeptical, but Freese is optimistic. He doesn’t expect people to switch over entirely, but rather to use it “in tandem” with their existing habits. If you like good coffee but what they have at work is terrible, what are you going to do? Set up your own private machine and order in beans? Go out and pay $4 every time you need a pick-me-up? Or would you keep a few tubes of Sudden in your desk, secure in the fact that it’s better than what’s in the break room and you can make it in a minute or two?

It’s worth noting that this is the early, fancy version — if Sudden were Tesla, this would be the Roadster phase, suggested Freese.

“We’re buying some of the best and most expensive coffee in the world. We have a team of 10 and we’re making tens of thousands of cups per month. I view this as taking everything that’s good about third wave coffee — the brand, sustainability, great taste — and making it affordable to the mainstream consumer.”

Eventually there will be more choice and lower-priced options as the company scales, though Freese hopes to maintain the personal connection with customers: doing tastings, sending care packages for birthdays and recommending new styles or beans. Here’s hoping they’ll also make the packaging a little more eco-friendly as they grow up.

Sudden Coffee’s offerings are live right now, so you can give it a shot, so to speak. If nothing else, I can recommend it as an emergency coffee option that’s considerably better than ordinary instant.