EasilyDo’s simply named “Email” application is one of the most popular productivity apps on iOS, because it closely resembles the look-and-feel of Apple’s default Mail app, but comes with more powerful features. Essentially, it feels like you’ve given the Mail app an upgrade. Now EasilyDo’s Email has made its way over to Android, bringing the same core functionality to a new platform, including its one-click unsubscribe to newsletters, undo send option, package tracking and automatic organization of your expenses, shopping, travel information and more.

Before launching Email, EasilyDo was best known for its smart mobile assistant for iPhone that also did things like track your shipments and organize your travel plans, among other things. But the company realized that these sort of features would make more sense in a mobile email application, rather than a standalone app.

Unlike many of the email apps on the market today, EasilyDo’s Email didn’t try to introduce a radically different user interface.

The app feels immediately familiar to iOS users. Messages are presented in the same was as in the default mail client — bolded senders followed by the subject line and preview text; blue dots to indicate unread status; timestamps to the right; plus buttons that are in the same spot.

For a minute, you might even be fooled into thinking you’re in Apple’s own Mail app.

But Email offers an expanded feature set, like the ability to snooze messages, detect and block read receipts, get real-time travel alerts, track packages, as well as dive into automatically organized folders where you can find all your email attachments, bills and receipts and entertainment bookings like tickets, among other things.

And with the recent iOS update, Email also adds Touch ID protection, a 3D Touch action widget, a one-tap add to Wallet feature for saving things like boarding passes or hotel reservations, as well as interactive notifications where you can mark incoming messages as read, reply, archive or trash them. 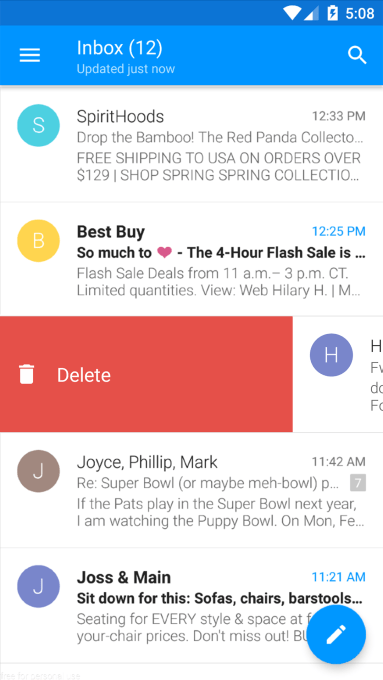 Now on Android, EasilyDo Email doesn’t mimic the Apple Mail app, but is instead somewhat inspired by popular Android apps, like Gmail or Inbox, with its rounded, colorful icons next to messages, typography and left-side hamburger menu, for example. This also gives it a sense of familiarity to Android users.

In addition, the engineering team built the new app with its own unique architecture for the Android OS, with a focus on building for speed, usability and reliability. And while the app includes the core functionality from iOS, it also introduces a number of features designed just for Android. For example, you can swipe to view the next message when navigating the inbox, and you can receive notifications and reply through voice on Android Wear. 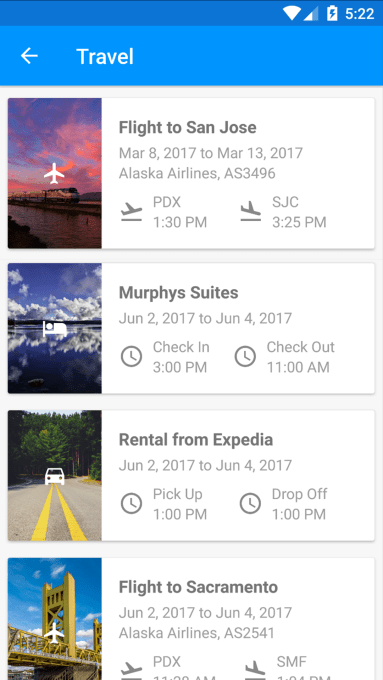 Android Nougat users have a dedicated feature set of their own, including support for message grouping in notifications, quick reply from notifications and access to launcher shortcuts for searching the inbox or drafting a new message. 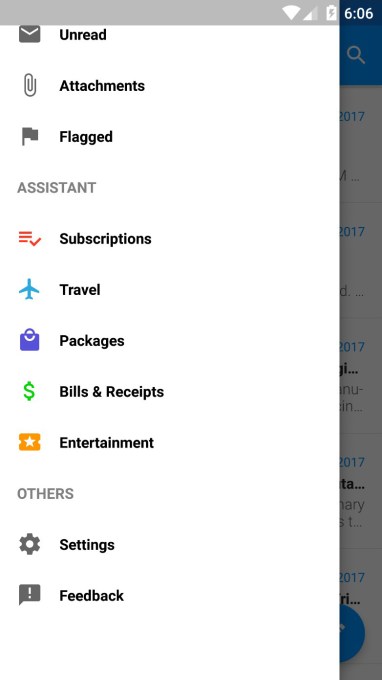 This is possible because the company’s business model is not entirely consumer-focused. Instead, around three-quarters of EasilyDo’s revenue comes from licensing its AI technology and algorithms to other email providers, allowing it to be cash-flow positive. The Mail apps it builds show off its technology to interested customers — including some large businesses, but the company declines to give names.

On iOS, Mail is now seeing 10,000 new downloads daily on average, and ranks as the top independent mail app — only those from email providers like Gmail, Yahoo and Outlook are higher. It also maintains a 4.7 star rating, and is No. 15 in the Productivity category on the App Store.