With all the noise in the electric skateboard market, new boards need to have a unique or better approach to the category of “last-mile vehicles” to attract new riders. Yet, despite recent recalls, Boosted remains the champion of the niche, with Inboard quickly catching up.

But what if you want something faster, made of carbon fiber and Kevlar, but with an extended range? Evolve Skateboard’s GT board is an attempt at being that sort of board, but it’s not quite there yet.

Price as reviewed: $1,959 at Evolve Skateboards 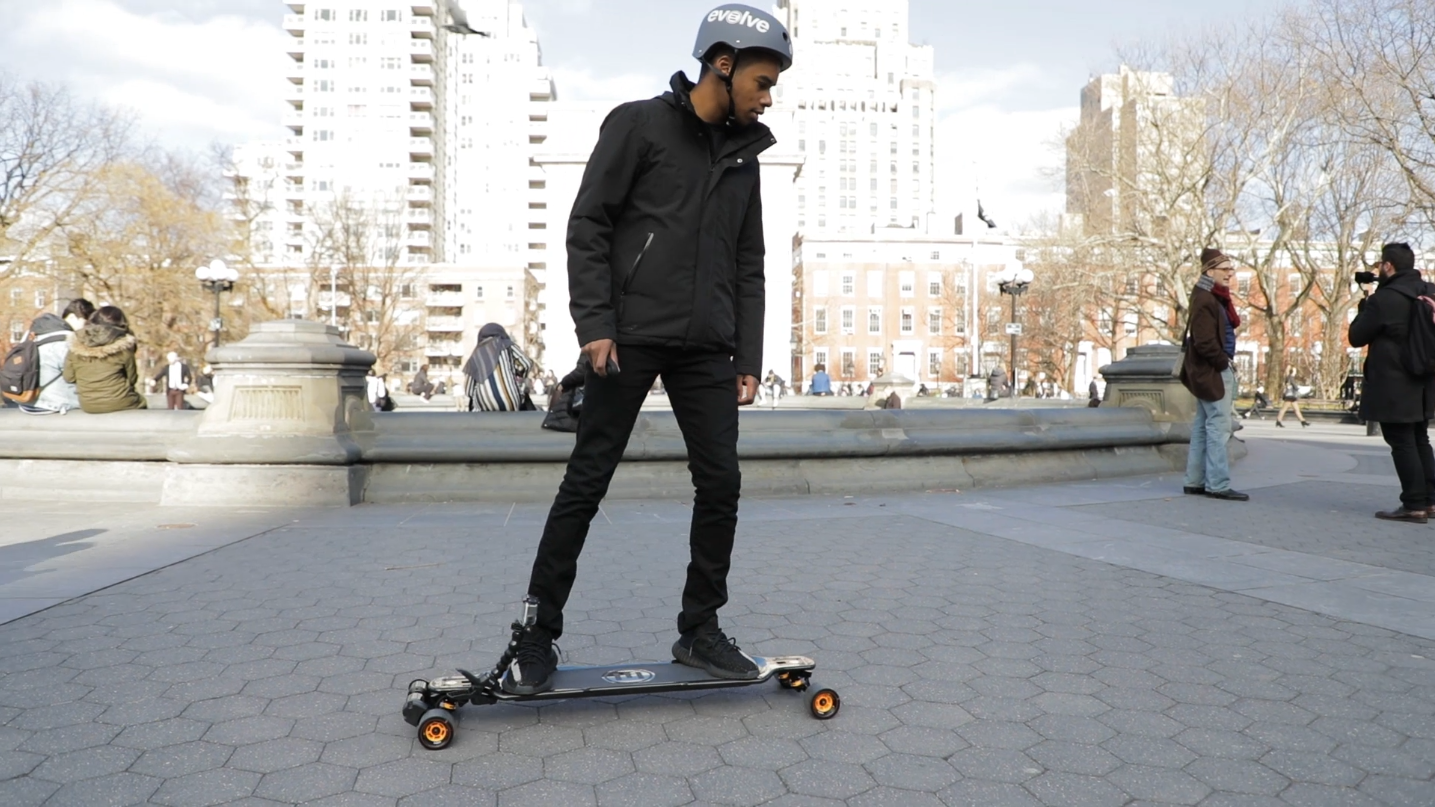 I have to give it to Evolve: They designed a sleek electric skateboard. Carbon fiber and Kevlar might not cater to everyone’s tastes, but it’s the thinnest board deck I’ve seen. Considering the battery and electronics are sandwiched inside, I’d even say it’s impressive.

Using the GT is virtually identical to the other boards: turn on the remote, then the board and wait for the Bluetooth connection to sync. The pairing process takes no more than five seconds. Thankfully, I haven’t come across radio interference on the city streets that would cut out the connection. Unfortunately, the remote itself isn’t that intuitive; it has a cheap-looking plastic display with a trigger/throttle dead zone that isn’t intuitive.

The best way to describe riding the Evolve GT: Despite my riding experience (at top speed) with other boards, this is the trickiest to control due to jerky throttle response. Also, the GT is 3-4 miles per hour faster than its competitors, but good braking still seems to be a mystery to many electric skateboard designers.

Speaking of speed, the GT’s remote follows the trend seen by competitors: riding modes. They work by restricting the amount of speed and power delivered to the rear wheels, making it more user-friendly, especially for new riders.

The first few seconds of braking yield little response before you come to a hard stop. I’ll continue to preach this: Electric skateboards are dangerous and need to have stopping power that would allow you to at least have a chance at avoiding an accident. Carving (or bailing) at 24 mph isn’t a real solution. When braking, your initial feedback from the remote and the belt drives is minimal, adding to the problem.

Range is something the GT has others beat, to a degree. Evolve claims the board will go 30 miles on a charge. I’ve gotten close to that number by zipping around on the board whenever I needed it, rather than attempting to drain the battery at top speed, non-stop.

Also, something of a design error: the motors protrude from the back of the board. This makes a longboard (which is already long) even longer. But what’s worse is resting the board against a wall: you’re applying pressure to the motors. This means deep scratches on the motors and board deck, potentially damaging them in the long run. 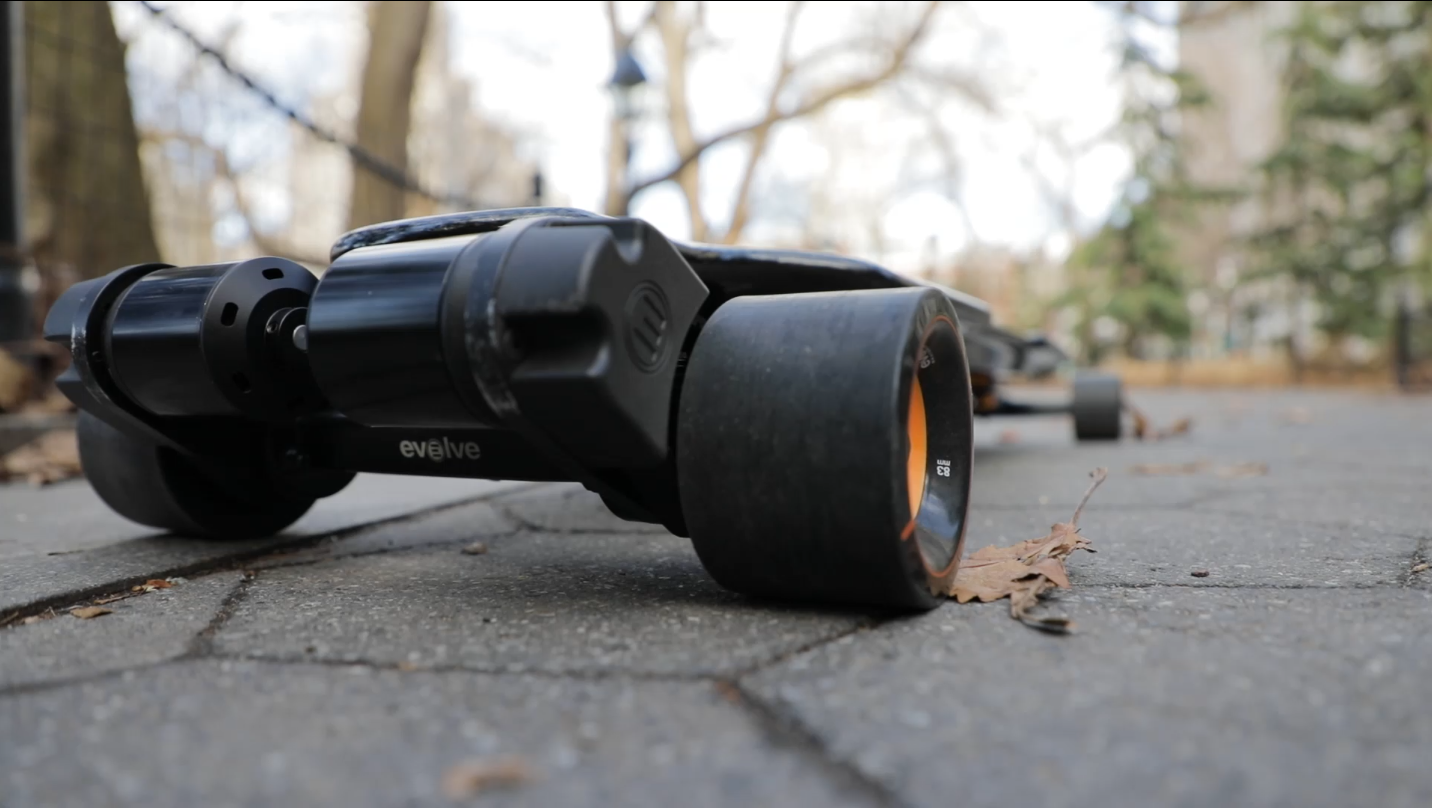 The Evolve GT skateboard is for those who are convinced that electric skateboards are the best last-mile vehicles. Unfortunately, in Evolve’s case it means sacrificing $2,000 for an experience that’s only marginally faster than Boosted and Inboard offerings. It’s also not lighter or easier to transport than what the competition offers.

At the end of the day, the main advantages Evolve’s GT has is its range and speed, but it’s not enough to justify the sticker price.