Microsoft today announced Intune for Education, a new tier of its existing enterprise application and device management service that’s specifically meant for school. In addition, the company announced that a number of its partners will soon start shipping a wider variety of affordable Windows 10 PCs.

This move comes shortly after Google announced yet another push for its Chromebooks in schools and announced new devices from Acer and Asus that are geared toward students. Indeed, Microsoft specifically cites that it believes that these new devices “offer the power, performance and security schools need at the same price as Chromebooks, with none of the compromises.” That phrasing brings back memories of Microsoft’s anti-Google Scroogled campaign from a few years back. At the time, Microsoft enlisted the cast of Pawn Stars to make fun of Chrome OS’s limitations.

With Intune for Education, admin and teachers can more easily manage the PCs they use in their schools and classrooms — something that’s especially important because in many schools, teachers have to serve as their own tech support. While it’s easy to forget that Microsoft has its own app store for Windows, Intune for Education will allow admins to decide which apps from the Windows Store students and teacher will be able to see and install.

All of this is, of course, integrated with Office 365 for Education, which features all the classic Microsoft productivity tools, as well as its sleeper hit OneNote.

As for the new hardware, Microsoft says its partners focused on sturdiness and affordability. Just like Acer’s new Chromebook, its Windows 10 TravelMate Spin B118 hybrid (which starts at $299), features a spill-resistant keyboard and pressure-resistant screen, for example. Lenovo and JP.IK are launching new devices for students, too. 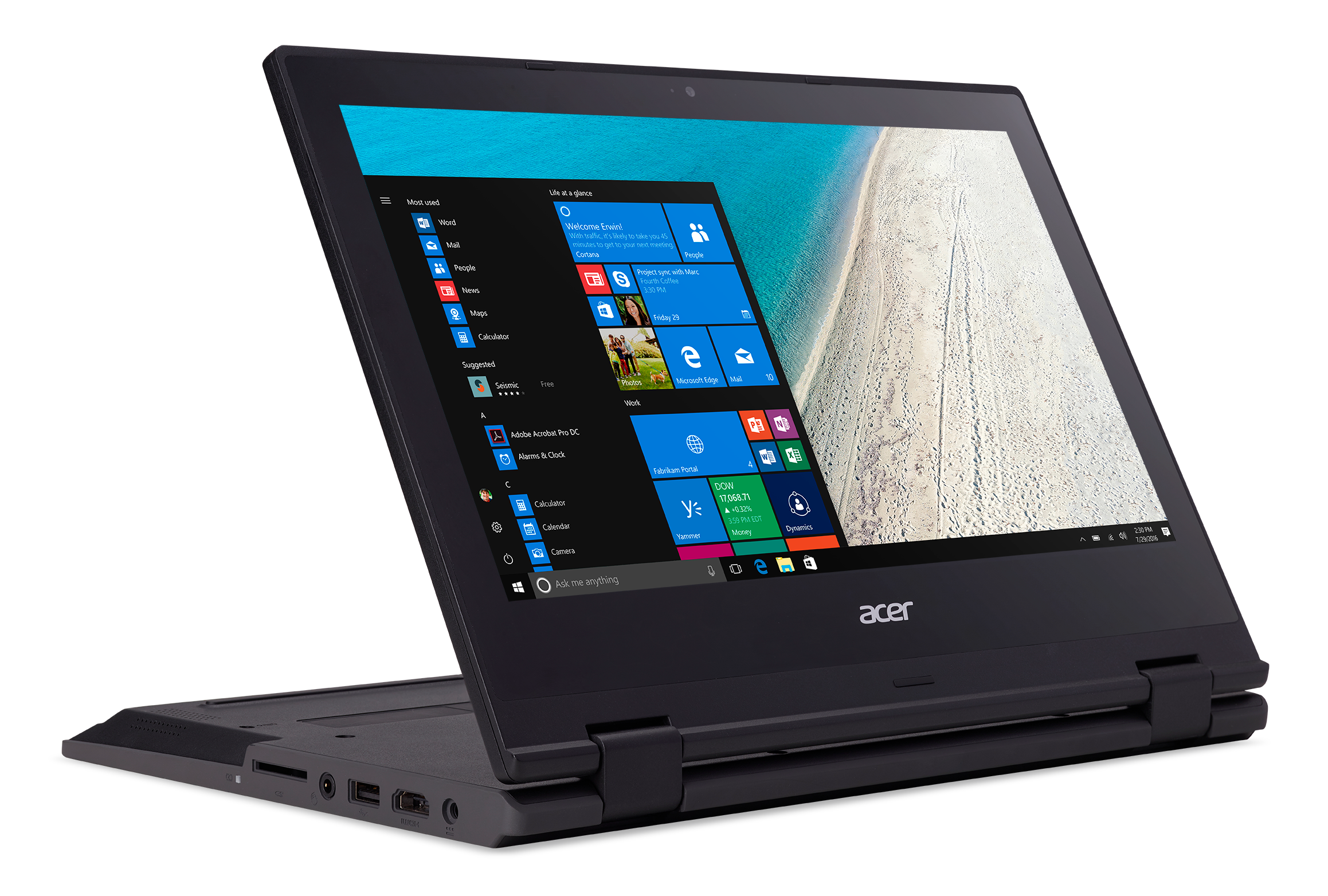