What will the doctor’s office of the future look like? Forward, a new type of medical startup in San Francisco, shows us what it could be using A.I. and connected tools.

It was cold and pouring outside as the Uber pulled up at 180 Sutter Street in downtown San Francisco. Inside, a man dressed all in black offered to take my jacket and umbrella as he ushered me through the clinical white lobby to a set of chairs, handing me a bottle of VOSS.

I scanned the room, eyeing a bunch of connected fitness tools and fancy skin serums on a glass table in the front, before what appeared to be a space age body scanner. Off to the side in bold letters against a blue wall were the words “Design your health.”

An Apple a Day

I was at the medical office of Forward, the rumored health startup of former Googler and Wavii founder Adrian Aoun. This, he told me, was the doctor’s office of the future.

One might be tempted to compare Forward to something like One Medical, a startup with a series of well-branded medical offices popular in the Bay Area. But Forward goes far and above with a state-of-the-art 3,500 square foot office equipped with six exam rooms, the latest medical instruments and an onsite lab for testing within minutes.

Forward also offers a proprietary A.I. to help its doctors quickly source through medical information and compare it to your health data.

Beyond the lobby lay the exam rooms, complete with ergonomic chairs, a futuristic display screen and a myriad of medical instruments dipping into Star Trek Enterprise territory. 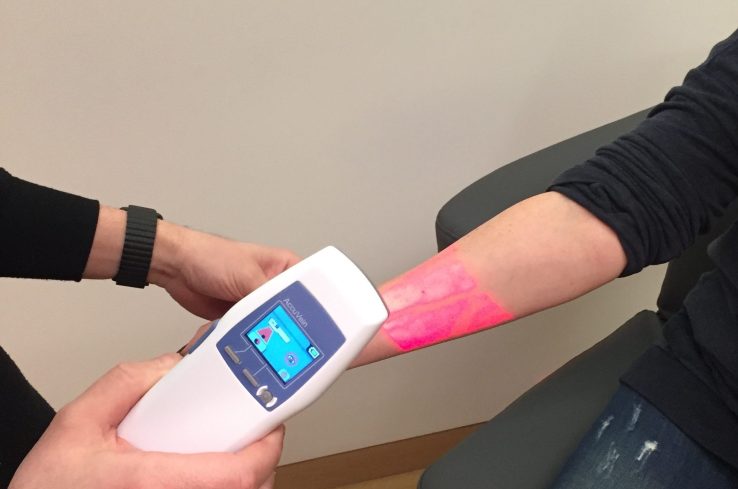 Aoun showed me a few of the tools, including a new kind of infrared light to help them find your veins when taking blood. Another instrument, a proprietary digital stethoscope made by Forward, is strong enough to hear the pounding of your heart without the need to take off your shirt.

The large screen placed on the wall in every exam room pulls up a list of vitals, telling you whether a certain medication would work with your genetic code or if you need to go gluten free.

The information comes from lab tests and the large body scanner in the lobby; a painless enough process in which you step into the machine and place two of your left middle fingers into a sensor for a few seconds as it calculates your height, weight, temperature, heart rate, blood pressure and other information all at once. Body scan results then feed into Forward’s built-in A.I. and its mobile app.

The whole experience is meant to give doctors the tools they currently lack to make an informed decision, which Aoun says especially comes in handy if we are to transition to a preventative — rather than the reactive  — type of medical care he says we currently have.

“Imagine you’re an engineer on my team and I said ‘go write some code’ but when you hit compile you actually have to go wait a week, you’re going to fax your code off and the test results will come back a week later and then you get to know the results,” Aoun said. 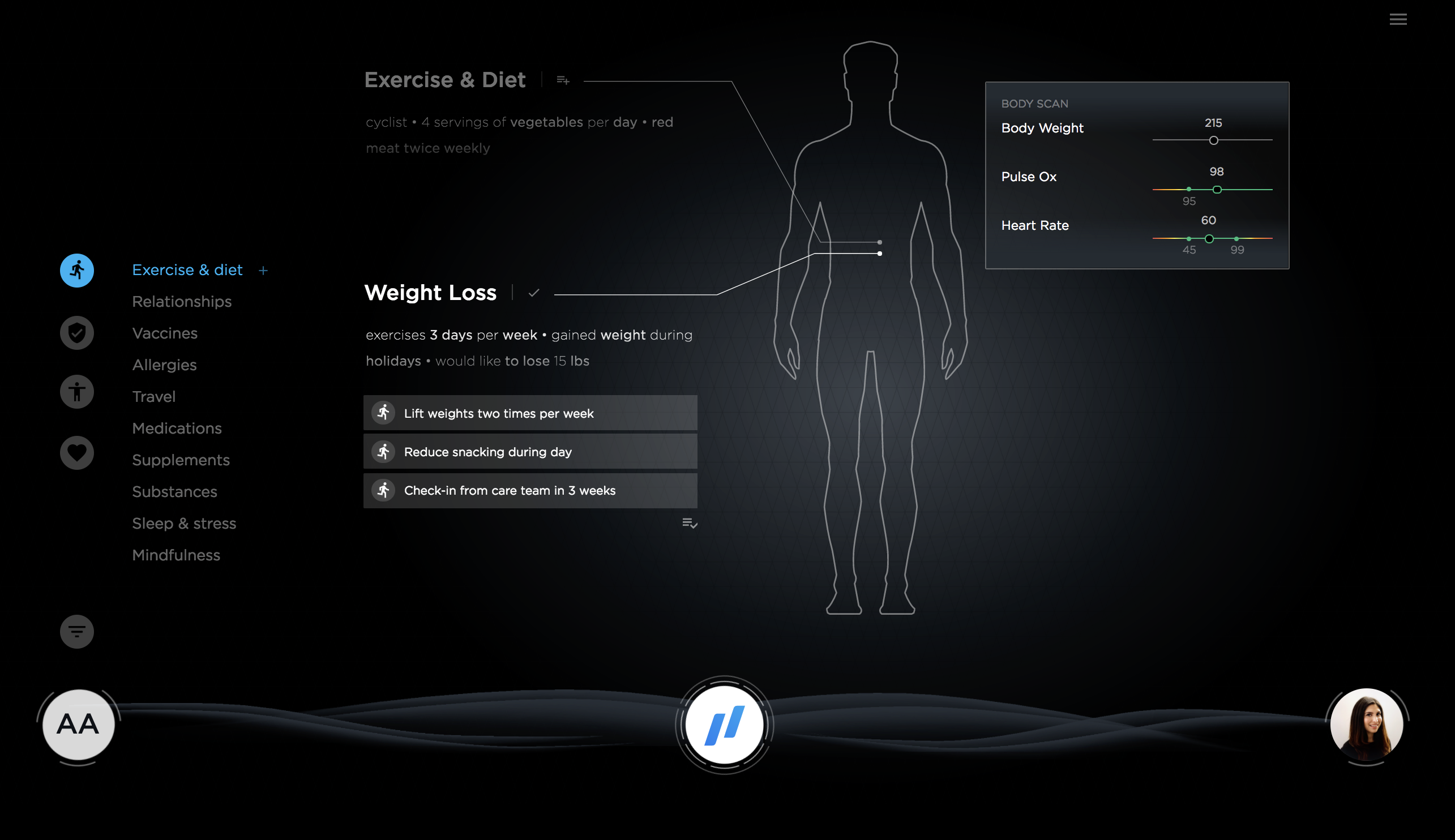 The idea for Forward came to him after a family member called him from the ambulance in the middle of having a heart attack.

“We think of the doctor’s office like a repair shop for humans but we die of heart disease and cancer…You don’t wake up and go you know my cholesterol might be high so I’m going to go to the repair shop. We’re focusing on the wrong things,” he told me.

Aoun realized after that experience he could make a better system focused on prevention through data and artificial intelligence. The founder soon started pulling in all sorts of other high-tech medical equipment in an effort to create a more holistic path to medical care.

Unlike most doctor’s offices, Forward also takes a different approach to payments. Instead of insurance and a co-pay, Forward offers unlimited access to its medical staff, baseline screening, blood and genetic testing, wellness and nutrition counseling, ongoing monitoring from wearable sensors provided at the clinic, support and access to its AI and 24/7 access to medical staff through the app — all for $149 per month.

Aoun hopes this difference in both payment and care will put the focus on prevention instead of sickness — and for those without insurance, it may be a more affordable health plan as well, barring any major issues. Medical debt is the biggest contributor to debt in the United States because of the high cost of our medical care system. Going without insurance means going without access to doctors and medicine and that can mean a death sentence to many.

It certainly comes at a perilous time for about 20 million people facing the threat of losing their insurance as Congress and the incoming president seem set on doing away with the Affordable Care Act.

Forward says about 15 percent of its early users come from underserved communities and have received free membership. Each member also gets their first month of prescription medicine free of charge through Forward’s onsite pharmacy.

Forward also plans to offer vitamins and other supplements and wearables through the onsite store and Aoun said he would like to offer other alternatives such as acupuncture in the future.

The office on Sutter is Forward’s flagship location and the endeavor is surely an expensive one. Though Aoun didn’t want to say how much VC funding he’s taken so far, he did mention Forward has raised from many well-known sources. Investors include Khosla Ventures, Founders Fund, John Doerr, and First Round Capital as well as angel investors Eric Schmidt, Marc Benioff, Garrett Camp, SV Angel, Aaron Levie and Joe Lonsdale, among others so one could imagine (or at least hope) Forward raised a healthy amount to build the infrastructure, create proprietary tools and hire top medical staff.

The plan is to eventually expand through the Bay Area and beyond. But Aoun sees this first office as just the beginning for a new kind of medicine.