The greatest hope of retro gamers and the greatest fear of Nintendo have been met simultaneously: The immensely popular NES Classic Edition has been hacked and its 30-game library augmented with new and even homebrewed titles.

Hacking has been ongoing since the release of the device, but this is the most promising development yet, and it appears to work on the US version of the tiny console.

The hack appeared in the forums of Russian retro gaming community GBX in the form of a YouTube video and step-by-step instructions — in Russian, of course. The r/NESClassicMods subreddit picked up on it right away and valiantly subjected their devices to the code, with great success. (u/zenmechanic showed Battletoads working, above.)

It must be said that this is not a simple process — not yet, at least. It involves booting the Linux-based NES into FEL mode, hacking the kernel, and injecting ROM files using a special tool. A GUI has already been created to make things easier and tutorials are being made, but we warn readers not to attempt this unless they know about things like MD5 hashes and config files. Bricking your device with a single wrong click is definitely a possibility. 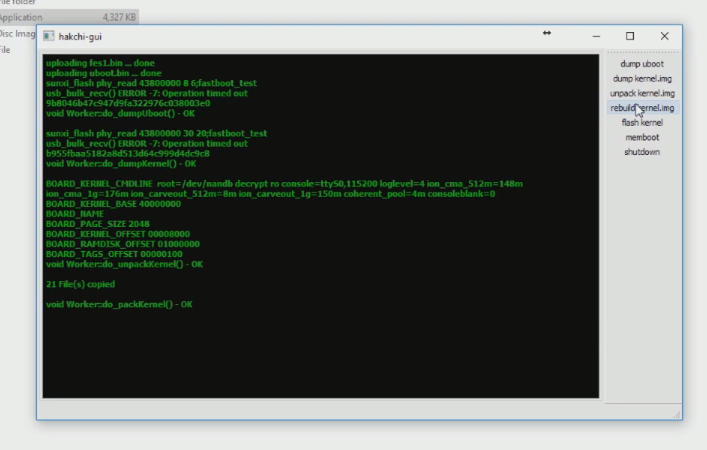 Does this seem like something you’d be comfortable clicking? If not, stay away for now. (ADH Gaming)

So far a limited number of games have been checked with the device, and there’s no guarantee that any particular one will work — the emulator software built into the NES Classic Edition wouldn’t have been tested with, for instance, Blaster Master, since it wasn’t one of the games intended for inclusion. It might work, it might not.

Of course, there is also the question of where those games come from. NES ROMs aren’t legally available from Nintendo, but are widely available nevertheless. We don’t condone piracy, but if you bought a license for Mega Man 2 on Wii, you may feel ethically justified in exerting that IP claim in this plainly extralegal fashion.

That this thing would be hacked was always a matter of when rather than if — but unlike other consoles put out by Nintendo and others, this one isn’t going to get a patch fixing the exploit. It’s a bit ironic that the very decision Nintendo made that disallowed the device from getting new games legally will make it impossible to prevent new games from being added illegally.