Now Luminous Landscape has reported, and multiple industry insiders have told TechCrunch, that DJI has acquired Hasselblad, not outright, but taking a majority stake in the camera company. The deal is a sign of the times.

Hasselblad, which was founded in 1941, was once known for making the most advanced cameras on the market. Their cameras were even used by NASA throughout the 60s, meaning theirs was the technology used to create those iconic moon photographs from the Apollo missions. DJI is the privately held, venture-backed leader in a burgeoning new hardware segment, consumer and commercial drones.

While Hasselblad’s cameras are known as some of the best on the market, they are prohibitively expensive running anywhere from a few thousand dollars to more than $40,000 for a single SLR body. Questions are now swirling about how DJI will use, and possibly even manufacture, Hasselblad’s cameras. 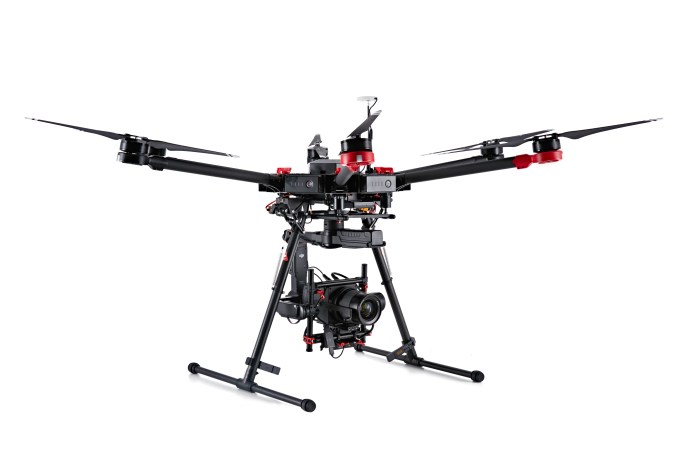 Will DJI leave the business of Hasselblad to operate like an independent subsidiary, but continue to ensure its cameras are easily integrated with DJI’s drone rigs? Or will DJI use Hasselblad technology to entirely replace the cameras used in their consumer-level drones like the Phantom and Mavic? Either way, the deal seems like a win for both companies.

DJI’s cameras are actually pretty good, probably best in class, but they’ve been missing the name recognition of a company beloved of professional photographers. This deal provides them with the brand legacy, while also giving them access to some of the best albeit niche camera technology in the world.

And whether they like it or not, Hasselblad’s approach to focusing only on ultra high-end cameras hasn’t exactly paid off. The company has floundered in recent years, and ownership has changed hands multiple times with the most recent being a 2011 acquisition by Ventizz, a European private equity firm. Now they have a formidable parent company in DJI that is a powerhouse both in China and the U.S. with significant manufacturing advantages due to their size.

Although industry insiders who directly work with both companies have confirmed the deal, DJI is characteristically declining to offer any further details. A spokesperson for the company said: “We have no further news about DJI’s partnership with Hasselblad. We will continue to work together to push forward world-class imaging to creators around the world.”