On the heels of raising $58 million in December, the wearables company Osterhout Design Group — known for making smart glasses and other gear for organizations like the U.S. military — is today making its first foray into the consumer market. At the CES show in Las Vegas, ODG unveiled the R-8 and R-9, two models of augmented/virtual reality smart glasses aimed at a wider range of consumers and light business users — or “glasses for the masses,” as founder and CEO Ralph Osterhout describes it.

R-9 (pictured above) — based on ODG’s 50° FOV (field of view) and the Project Horizon platform — will ship first, around Q2 of this year and priced around $1,799, aimed at “light enterprise” and prosumer users for high-end smart glasses apps.

The smaller (and lighter) R-8 (pictured below) will sell for under $1,000 and will ship its first developer units in the second half of this year (no consumer shipping date announced yet). Its target will be more squarely the consumer market and using the glasses for movies, sports, gaming, navigation and education. 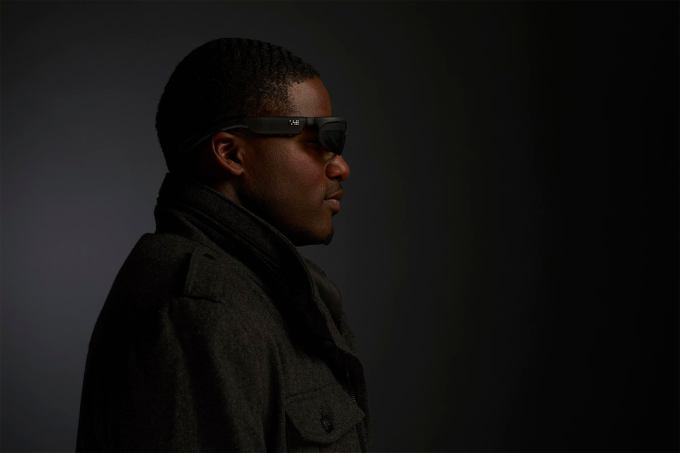 The R-8 and R-9 will be the first smart glasses announced to use Qualcomm’s Snapdragon 835 chip — a small and powerful new processor that was announced in November and is now being built into a raft of phones and other devices — some of which will be getting their first outing this week at CES, where Qualcomm is using the event to showcase its newest chip aimed at VR, AR, and image-heavy devices.

But the two models are also notable for another reason: the launch of the R-8 and R-9 glasses signals ODG kicking off its first attempt at forging a new content ecosystem for its eyewear — a key component in getting people interested in buying the gadgets in the first place.

Both models are built on Android, giving them a window into the apps being built for this OS, but ODG is also announcing a raft of AR entertainment being created specifically for its specs.

21st Century Fox (which led ODG’s $58 million round) is working with LA’s up and coming virtual reality firm OTOY and PTC, which makes the AR platform Vuforia, to create high-definition video content to work on ODG’s devices. Early work (which ODG will be showing off at CES on prototypes of its new glasses) includes content from 20th Century Fox, FOX Broadcasting, FX, FOX Sports, National Geographic and Fox News Channel.

“ODG is pioneering glasses for the masses that play movies with cinematic clarity, drop you inside immersive 3D interactive experiences, and reveal new worlds of invention and productivity,” said Osterhout in a statement. “This is so much bigger than just a device, it’s about a whole new computing medium that will transform how we interact with and discover information and engage with people and objects in the world around us.”

The move caps off an interesting period of change for ODG. The company has been around for years — 1999, to be precise — and in that time has been largely bootstrapped, working under the radar on a series of gadgets that sounded more like props for Bond movies than real-world tools of the trade. (As it happens, Osterhout did serve as a consultant to those action films.)

Then, a couple of years ago, we got wind of how Microsoft was trying to buy them, as part of its nascent moves into wearables.

Microsoft ultimately only bought $150 million worth of ODG’s IP, as ODG continued to have plans of their own up its sleeve, which is what brings us to today.

And it has all been a long time in coming. ODG first announced plans for consumer lenses as far back as January 2015 — two years ago.

“ODG pivoted after this and in 2015 focused on enterprise glasses (R-7) first since this is where the need was,” a spokesperson explained. “The technology has been there but it’s been about the right time to release consumer version. This got pushed out since the time hasn’t been right until now.”

Indeed, two years on and we have seen a wide range of concepts and players come to market — from Snap’s Spectacles through to the HoloLens and Oculus and Samsung Gear — creating an environment where we might see wider interest and adoption overall. On top of this, ODG recently also announced a partnership and distribution deal with China Mobile to tap into the very lucrative Asian market.

One thing to make clear, however, is that this isn’t a signal that ODG is pushing away from enterprise altogether. Far from it.

“This isn’t a full shift to the consumer market, but at CES we’re highlighting a number of interesting experiences such as email, browsing, movies, mobile VR and interactive AR experiences with partners that point to what we think is a big new area for us,” said Pete Jameson, COO of ODG, in an interview.

“We think long term that smart glasses will be the next platform,” he continued. “The devices we’re bringing out at CES are purpose driven. If I want to be in an airplane and do work or watch a video or movie, if i’m commuting, I want these glasses to be purposeful, very much like  you would use a laptop or tablet or phone today.”

On that note, Jameson said that we shouldn’t rule out ODG raising more funding in the near future, although it’s not necessary.

“It’s certainly possible and highly probable that we can build a company on the money we’ve raised now,” he said. “We’ve been quietly active on this for a while. Prior to raising this round, we developed key technology, proven technology. We are several generations ahead of others right now, and we see the funding as fuel for the fire that was already lit.”

And for Qualcomm, embedding its newest processor into the R-8 and R-9 is a sign of how the company continues to try to diversify, similar to other processor companies like Intel, to remain relevant in a future beyond hand-held mobile phones. 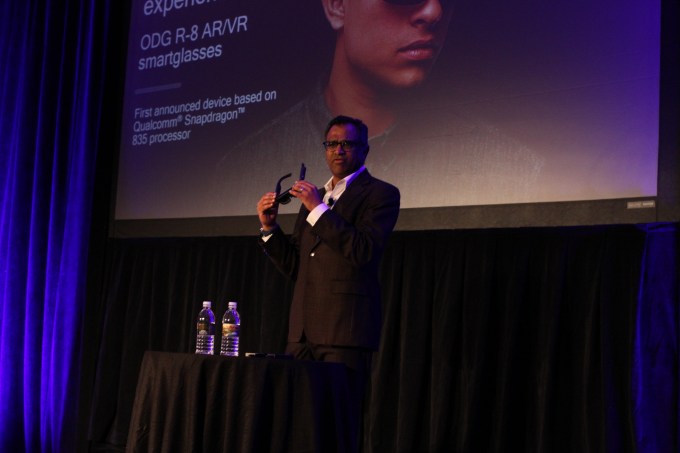 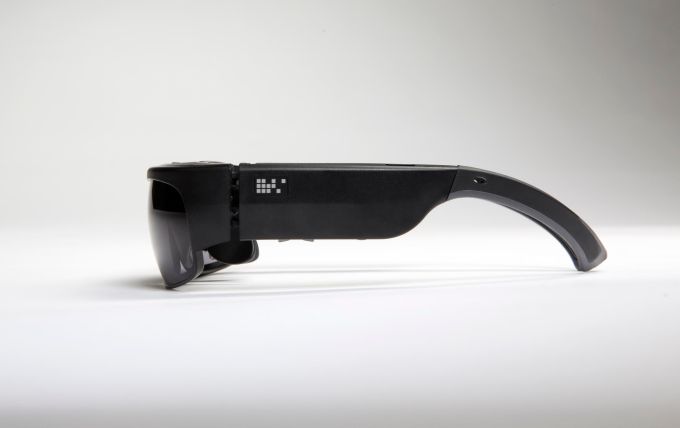 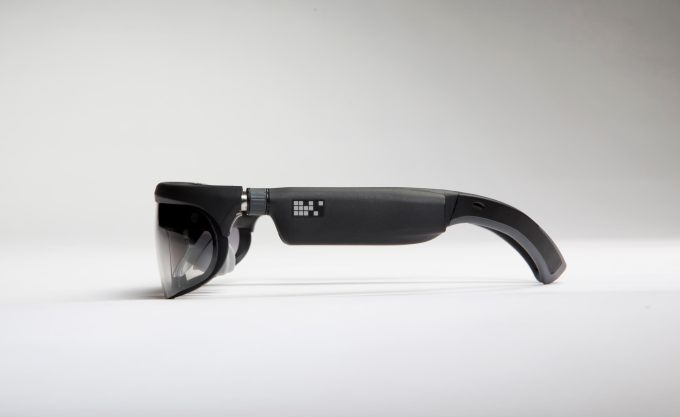