It’s tough to contextualize a product like Halo Sport, because there really isn’t anything like them out there. They look like your standard pair of over-ear headphones (albeit a bit chunkier than average) coupled with a strange set of spikes that run down the inside of the band and come into contact with the wearer’s head.

Those spikes (the neuroprimers) essentially send electrical impulse into the wearer’s brain to help them better learn repetitive activities. Before starting the company, Halo’s founders helped create the NeuroPace, a device implanted into a patients head to help treat epilepsy. The Sport is an attempt to use some of those same principles in a non-invasive consumer-focused product.

“Our biggest competitor is people calling BS on us,” the company’s CEO Dr. Daniel Chao said when he stopped by our New York office ahead of today’s news of general availability. The company has been testing the device for the past year with professional and Olympic athletes and now has a quintet of NFL players among its partners.

The device works by stimulating the motor cortex with electrical impulse. The particular form factor makes it better for accessing the motor cortex, which plays a key role in athletics. The athlete wears it for 20 minutes as a warm up before practicing the activity they’re looking to improve. It works as a standard set of wireless headphones, even as it gets to work sending impulses through the skull.

I tried it on briefly — it’s a bit tingly, not too dissimilar from the sort of needles and pins feeling you get when you lose circulation in your feet. It’s an odd sensation — but I can’t say I actually tried the thing long enough to have any sort of real impact. 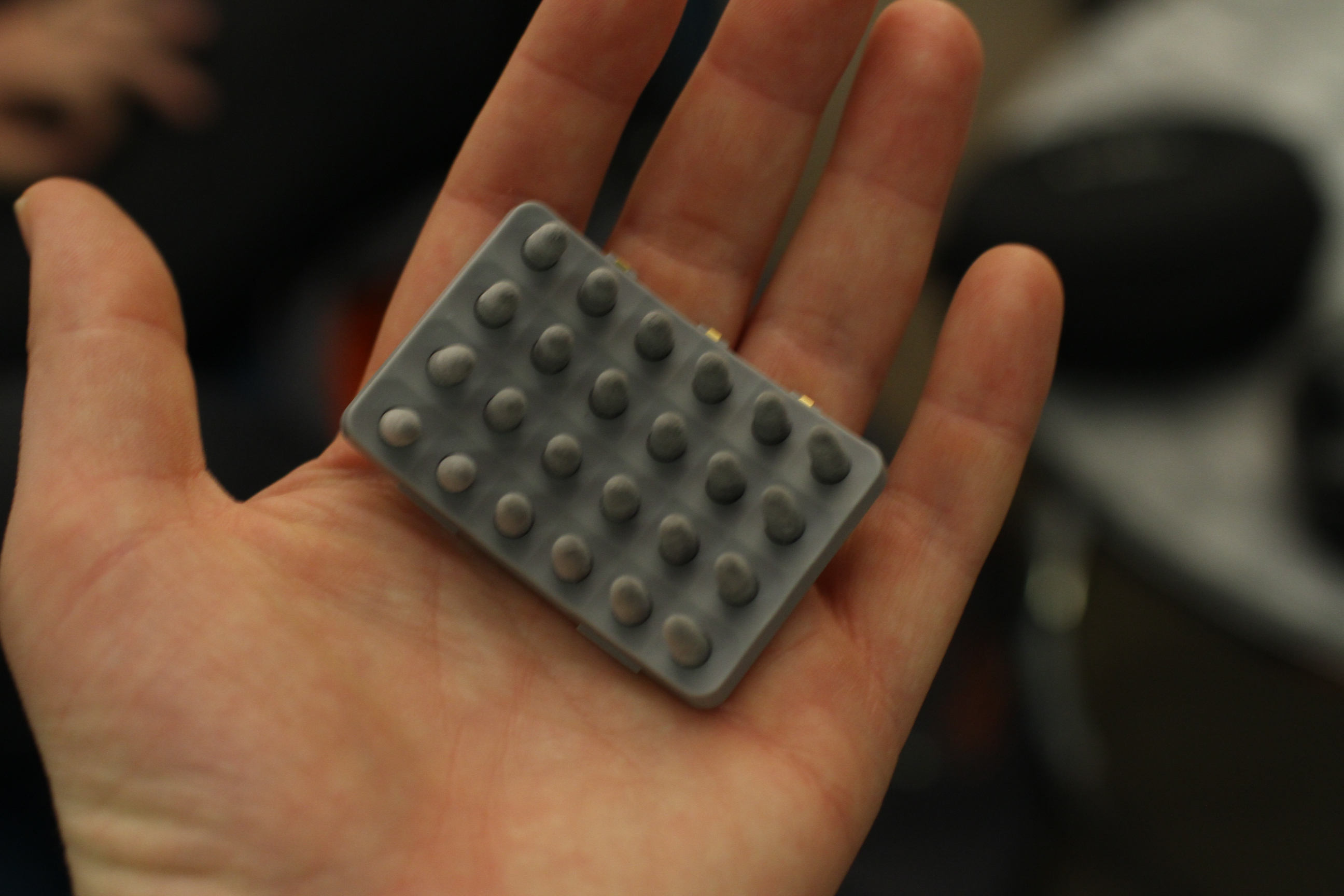 The system isn’t guaranteed to make anyone run faster or jump higher, but the company claims positive results when it comes to improving the athlete’s learning process during training. Here’s what Chao said by way of explanation when the company participated in TechCrunch Disrupt’s New York Battlefield back in May,

When athletes train, much of the benefit in strength as well as skill comes from the brain learning to use the body better…that’s neuroplasticity. And what Halo Sport is doing is it’s increasing neuroplasticity during that training period so that the brain, which is already getting better during that, gets better a little bit faster during that period of training.

The Sport is on-sale now through Halo’s site for $699 (a limited-time discount from the full $749 asking price). More info on the five NFL players — T.J. Carrie, Demario Davis, Gabe Ikard, Marcus Smith and Trevor Bates — can be found on Halo’s blog.