Ok, my headline is a bit provocative, but it’s kind of true. French startup Alan is launching today a brand new full-stack health insurance company in France. Compared to existing products, Alan wants to make the experience much sleeker. Here’s how it works.

The company just raised $13 million (€12 million) from CNP Assurances, Power Financial, Partech Ventures and business angels. Alan isn’t just a fancy front-end or a broker for Axa or Allianz. The startup manages everything. It has worked with regulators to become an official health insurance company.

And this is no small feat as it’s the first new health insurance company in 30 years. Alan has a simple offering and target companies directly.

In a few minutes, you can sign up to Alan and cover all your employees for €55 per month per employee. American readers will find this number crazy low, but it’s on par with competitors in France. Alan doesn’t try to undercut the competition. Instead, you get good coverage for an average price.

You can also choose to cover your partner and children on Alan for an additional €55 per adult and €40 per child. The startup is targeting small companies and startups at first. In the future, Alan is also thinking about letting freelancers sign up.

And it didn’t take much to make Alan more appealing than existing health insurance companies. Alan lets you sign up on the web. The HR department can then access a dashboard where they can manage coverage for their employees.

The employees can also access Alan’s dashboard to submit reimbursements, add their partner on their health plan and get more details about their coverage before going to the dentist for instance. While many health insurance companies are stuck in the 20th century, Alan operates as a modern web service.

Alan will add a map with doctors and prices around you so that you can know for sure that you’re fully covered. I think it could also be a good opportunity to integrate with other services, such as Doctolib, so that you can book an appointment from Alan’s dashboard. And why not work with Payfit as well to make it easier to sign up to the two services.

While health insurance isn’t sexy, it could also be a very lucrative market. French companies are now required to offer a health insurance plan to all their employees and pay for at least 50 percent of the premium — so that’s tens of millions of potential customers.

Alan has worked on its plan for months and has simulated years of reimbursements to know that it’s a viable business model. Health insurance companies in France don’t have big margins. The big ones keep offering plans because they have other more lucrative insurance products.

If Alan can automate many different steps and keep a low headcount, a young startup like this one could still compete with the big competitors out there. 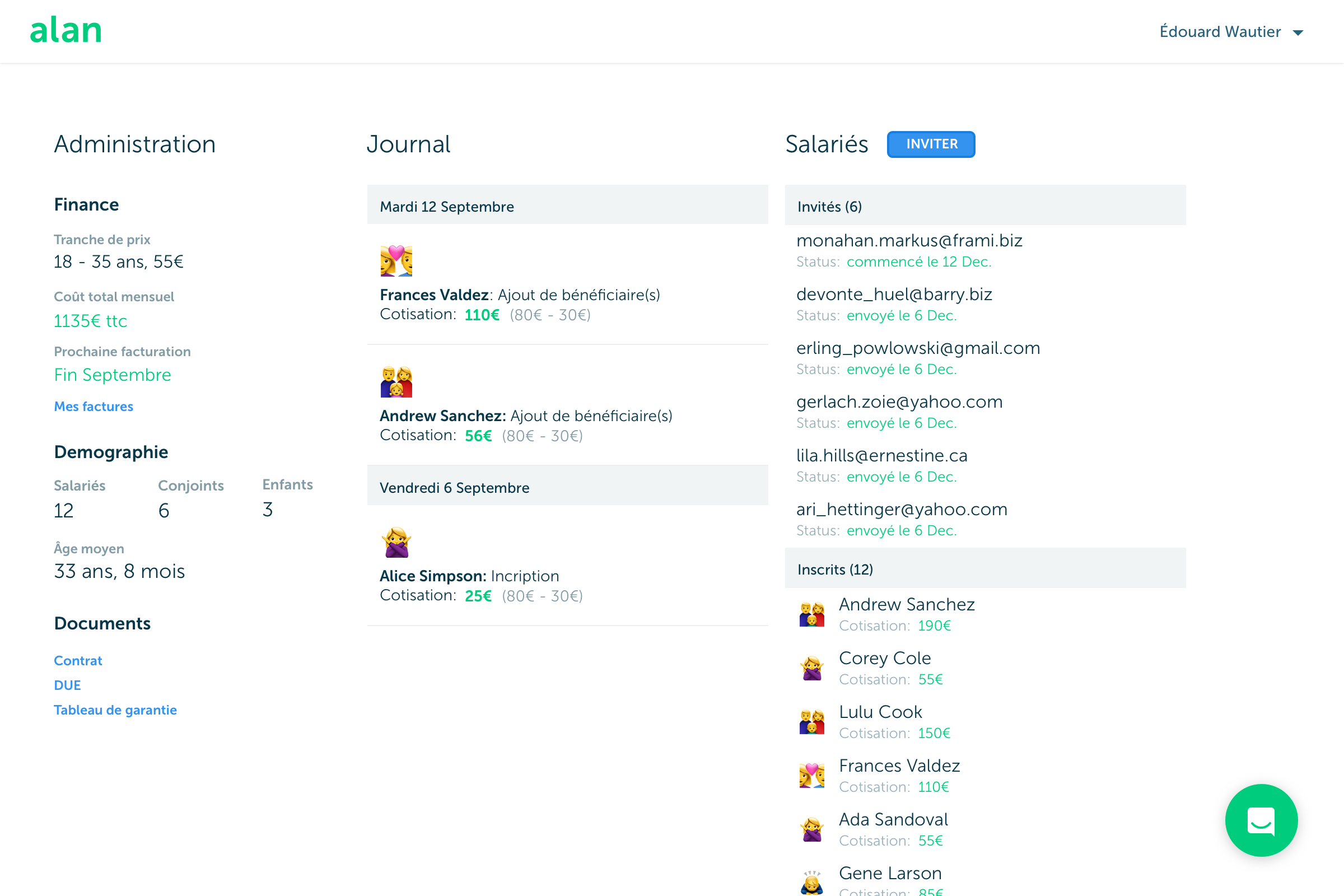