China has now overtaken the U.S. to become the largest market in the world for App Store revenue, according to a new report out this morning from app intelligence firm App Annie. The country earned over $1.7 billion in Q3 2016, which puts it ahead of the U.S. by over 15 percent. The U.S. had been the number one iOS market since 2010, the report notes.

Today, Chinese consumers spend more than 5 times the amount they were spending compared with just two years prior.

In addition, the report predicts that China will drive the largest absolute revenue growth for any country by 2020. 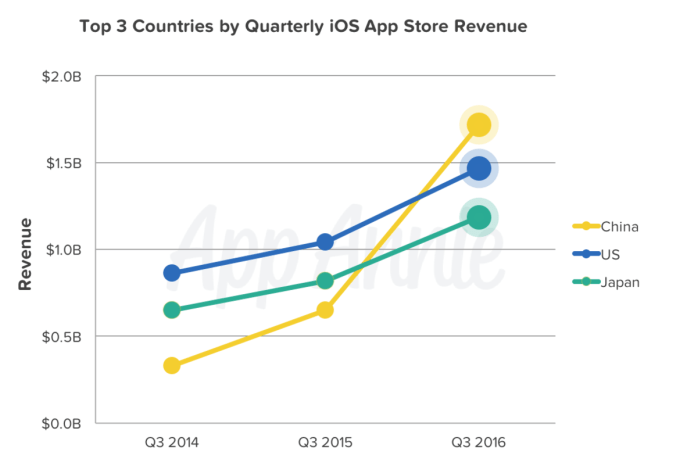 The estimations are likely accurate – App Annie said at the beginning of the year that if China’s rapid App Store revenue growth continued at the same pace, it would overtake the U.S. by year’s end. And that has now occurred.

This growth is largely being driven by games, and here, China’s lead has also widened over the U.S. during the past quarter. Games drive 75 percent of App Store revenue, even though non-game apps make up the majority (75%) of those distributed in Apple’s mobile marketplace.

In the years ahead, however, the non-games will also begin to see their revenues grow, thanks to newer revenue streams like in-app subscriptions. This growth is currently underway in China, where Entertainment, Social Networking, Books and Photo & Video applications were the top-grossing categories beyond games, and have seen their revenues more than triple year-over-year.

In particular, games are the second fastest-growing category in China, thanks to video streaming apps like iQIYI, Tencent Video, and Youku. Video streaming is also coming into play in Chinese communication apps, like QQ, Momo, and Inke. 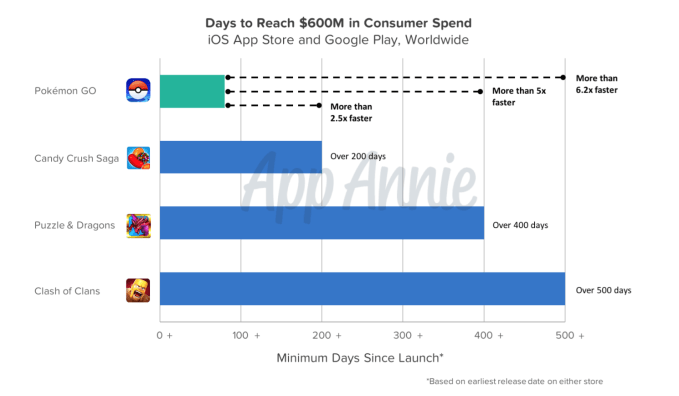 The game also holds a spot in the top 5 apps on Android as well, falling in 4th place behind the giants, Facebook, Chrome and YouTube. 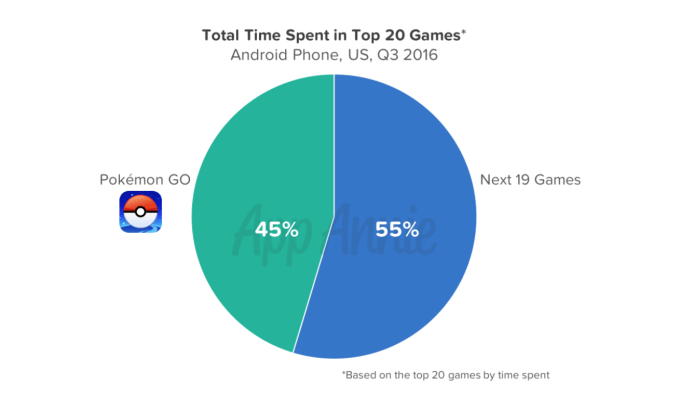 The game continues to be a cross-platform success, too. In a related report from Sensor Tower, also released this week, the firm found that Pokémon Go was the most downloaded app on the App Store and Google Play during Q3, both worldwide and in the U.S. And its publisher, Niantic Labs, became the number 5 publishers by iOS downloads in Q3, where it was unranked before. 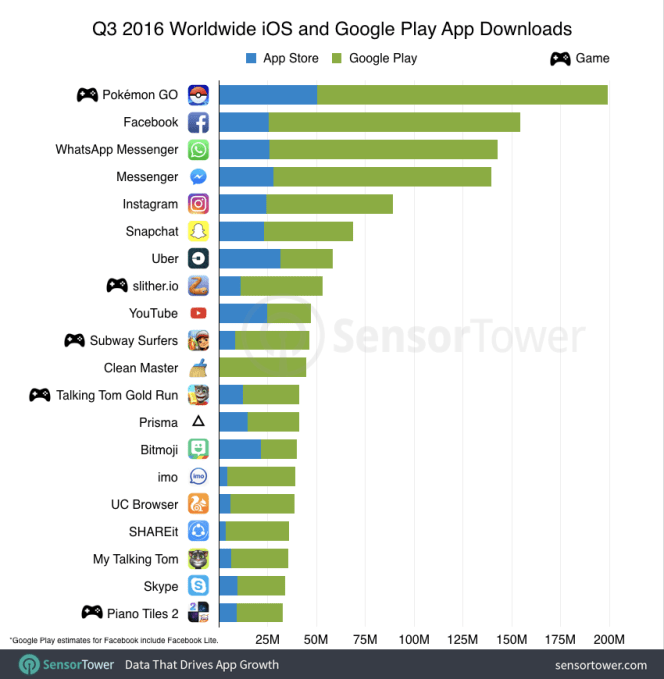 The top 20 list on Android starts off similarly, but doesn’t include Chinese apps filling out the rest of its chart, instead seeing U.S.-based games, utilities, and other apps, like Prisma and Uber, taking those spots.

During the quarter, Pokémon Go saw more than double the installs of Snapchat or Instagram, to give you an idea of how quickly it was being adopted during this time.

Other large movements across both app stores included Bitmoji’s climb up the charts, thanks to Snapchat integration, and YouTube’s overtaking of Spotify. YouTube moved from #16 to #10 during Q3, the report notes.

More details on the quarter are available in the two reports, available via Sensor Tower and App Annie’s websites.