HTC really wants VR to happen. For all of their mobile handset woes, the company is keen to grab the next platform shift by the horns and have the ecosystem and infrastructure in place to become an early powerhouse in the space.

The company’s VR presence has notably been lacking in the mobile department which has been somewhat confounding given the fact that they seem to understand that mobile is sorta kinda important. Today, the company announced a mobile version of its Viveport VR storefront for Android phones.

Viveport M is looking to serve as a hub for 360 content and dedicated VR apps that work for users with and without headsets. It is initially launching in China, though HTC says a global rollout is already being planned. 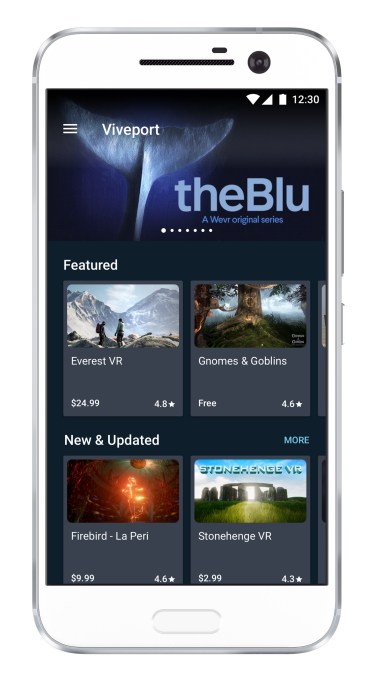 The move comes as HTC looks to build itself into the infrastructure of virtual reality content rather than just being a hardware provider in the space. The company’s HTC Vive headset has been the VR hardware of choice for many developers and consumers for months but is facing competition on the high-end as Facebook’s Oculus prepares to release its anticipated Touch motion controllers which bring more advanced tracking to the platform. Late last month, HTC launched the Viveport VR app store globally for desktop users.

As HTC looks to distance itself from Valve and Steam a bit, establishing a storefront presence on a platform which they don’t currently sell a headset for is interesting. It likely has a lot to do with the fact that Daydream is arriving next month along with Google’s Pixel flagship phone, which HTC has assisted in building. Daydream will open up a good deal of attention for VR on the mobile side as consumer experience improve due to the low-latency VR mode available for select smartphones running on Android Nougat.

Viveport M allows HTC a bit of flexibility in selling content that works across platforms, but it’s going to be an uphill battle as HTC operates alongside the Play Store which is going to be receiving a lot more developer attention in the coming months as Daydream hits more phones. HTC does have the benefit of being particularly popular among VR developers and this move to mobile VR is definitely one in the right direction, especially as competitors like Oculus double down on content partnerships for the mobile platform.