Rumors have been swirling around Amazon’s plans to launch its own, standalone music streaming service, and now those reports have been proven out: the company is today announcing the launch of Amazon Music Unlimited. This new, on-demand streaming service offers access to tens of millions of songs, and is available for $7.99 per month for Prime members, or $9.99 per month for non-Prime members. Amazon has also launched a “for Echo” subscription plan that lets you listen only on its connected speakers for just $3.99 per month.

The Echo-only plan confirms the earlier report from Recode which said a second service aimed at owners of Amazon Echo hardware would help differentiate Amazon Music Unlimited from rivals.

This isn’t Amazon’s first foray into music streaming. Prime membership has included access to Amazon Music before today’s launch, but with a more limited catalog. 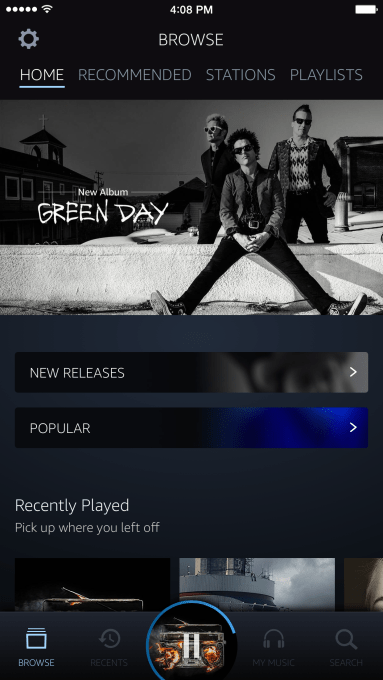 The service supports standard features like offline listening, and is free of advertising. It works across any Amazon Music compatible device, including the Amazon Echo, Echo Dot and Amazon Tap, Fire devices like Amazon Fire TV and Fire tablets, iOS, Android, the web, PCs and Macs, Sonos, Bose, and others.

Although the new service will compete in a crowded landscape against rivals like Apple Music, Google Play Music/YouTube Red, Spotify, and even Pandora’s newly announced discounted tiers, what makes Amazon Prime Unlimited most interesting is its “Echo-only” plan. 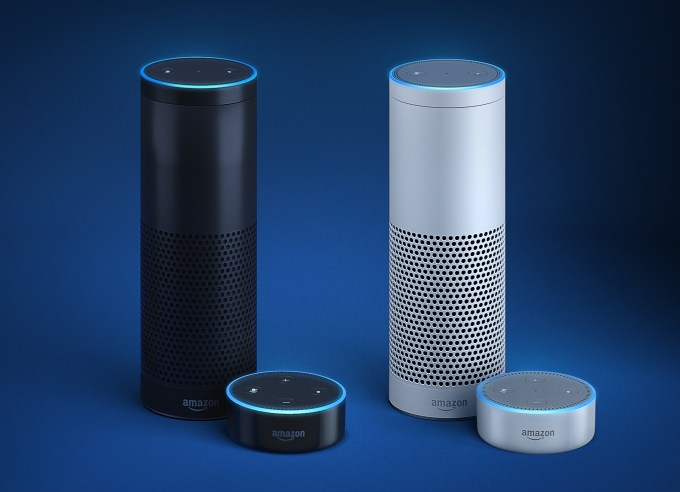 For a few dollars per month, you can add on-demand music to your Echo speaker, including the Amazon Echo, Echo Dot or Amazon Tap.

If you’re hesitant to leave your preferred on-demand service, the Echo-only price is just affordable enough that you don’t really have to. And, at this price, it may even appeal to those who weren’t in the market for an on-demand music subscription. 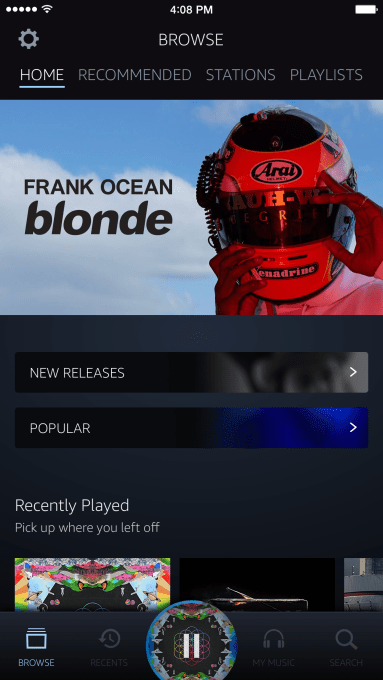 Though limited to the Echo, this discounted service does come with some advantages.

Not only does it allow you to cue up songs via simple voice commands, Alexa’s machine learning makes the experience “more conversational and personalized” over time, Amazon claims. For instance, you’ll be able to ask it to “play music” and it will start playing songs that are already personalized to your tastes.

The service can do more than play songs by name or artist.

You can ask more complicated queries, too, like “play Green Day’s new song” to hear the band’s latest single; you can request music that matches a mood (e.g. “Alexa, play ‘Happy Music'”); or even a genre from a particular era (e.g. “play the most popular rock from the 90’s”).

You can combine these queries, and ask for music from an artist from a particular decade. You can ask Alexa to play the “song of the day” for a DJ-introduced daily pick. And you can ask for playlists, without even knowing what they’re called on Amazon’s service.

For instance, “Alexa, play music for a dinner party” will cue up a playlist Alexa selects based on your listening history, like “Dinner with Friends,” Cooking with a Classic Soul,” or “Indie Dinner Party,” etc. 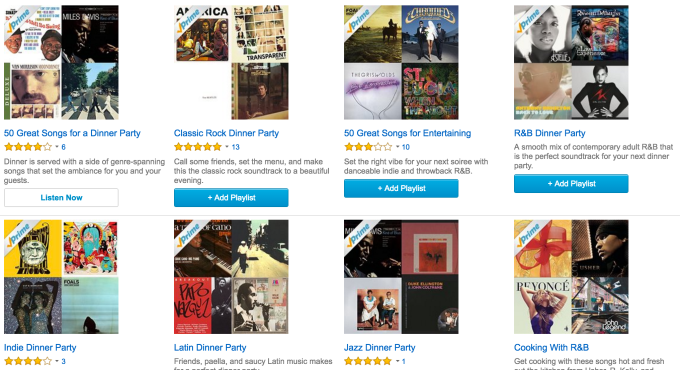 You can also ask Alexa to play you a song when you don’t know the name, only some of its lyrics. You do this by asking the virtual assistant to “play the song that goes…” followed by the lyrics you know.

The Echo service includes some behind-the-scenes artist commentaries, called Side-by-Sides. At launch, these are available for The Chainsmokers, Jason Aldean, Lindsey Stirling, Sting, Norah Jones, One Republic, and Kongos, but more will be added in time.

Naturally, you can sign up for Amazon Music Unlimited from the Echo itself, just by asking the virtual assistant to start your free trial. Though still relatively new, tapping into the Echo user base could potentially become a sizable market for Amazon – the company is estimated to have sold over 4 million smart speakers, and is hoping to sell 10 million next year.

Along with the new music service, the Amazon Music app has been given a makeover, and now better emphasizes artist images, album art, music discovery and playback. The app has a “Home” section where you’ll see updates on music from editors, and what’s trending and popular; and a “Recommended” section will include personalized suggestions; and the “Now Playing” section will include synchronized lyrics.

Amazon Music Unlimited is live in the U.S. today. It will debut in the U.K., Germany and Austria later this year.