Facebook today is rolling out a number of improvements to its “Slideshow” ads, announced last fall as a means of offering an alternative to video ads in developing markets where bandwidth may be limited. The company this morning says that advertisers will now be able to create these ads right from their phones, as well as take advantage of new features like the ability to add text and music, as well as more photos, including Facebook’s own stock image library.

As a refresher, Slideshow ads launched in October with the goal of offering a video-like ad experience to markets where videos would be slow to load. The format allowed for three to seven photos that would automatically play, lasting five to fifteen seconds. The benefit of Slideshows over video is that the file size could be up to 5 times smaller than a video of the same length. That means they’ll start playing a lot quicker.

At the time of the launch, Slideshows didn’t include sound, however.

That’s changing today as Facebook is now allowing Slideshow ads to offer a richer experience. This includes the ability to add text, select templates and choose colors, as well as pick from a range of audio tracks. Facebook says that, soon, advertisers will also be able to upload their own music files, too. And it’s better integrating Slideshows with Facebook’s stock image database and the Pages Photo Library feature, which makes it easier to source images from thousands of stock photos or reuse those from the business’s Page.

Although introducing support for audio may seem like an odd change for an ad format aimed at those with slow connections, Facebook explains that Slideshows have caught on with those outside of emerging markets, too, because the ads are more cost-effective to produce than video.

As they’re simply a stringing together of photos, they can be built in minutes. 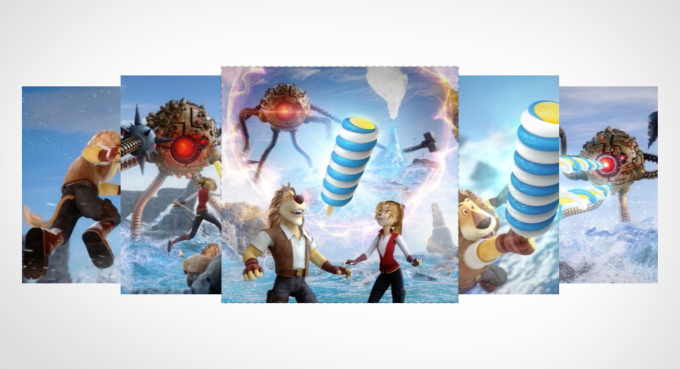 In addition, it says that many advertisers – including those in areas where network connection speed is not a concern – have wanted to use the format by converting their existing video to a Slideshow. Before, they were doing this manually, which takes time. Today, Facebook is rolling out a new tool that will allow them to quickly turn video into Slideshows by automatically pulling out 10 still images from the video to use in the ad’s creation.

The increase to 10 photos is also a change from before, when only a max of 7 was supported.

Finally, Facebook is making ad creation more accessible by allowing advertisers to create the ads from their mobile devices, beginning with Android.

The ads can also be targeted toward users with 2G connections, Facebook notes, for those who do want to reach emerging markets.

The company mentioned that one customer using Slideshow ads, a sock company called Stance, saw their cost per acquisition decreased by 48% compared with photo link ads, the click-through rate increased 2.42 times, and their return on ad spend increased by 1.48 times. Unilever is also using Slideshow ads in Indonesia, Facebook said in a blog post announcing the new features. Early adopters, meanwhile, had included Coca-Cola and Netflix.