What happens when you mix sound bites from French artists and politicians with eclectic music ranging from electro swing, nu-disco, remixes of classical French hits, lounge music and more? You get more than ten million plays on SoundCloud, play your music on a yacht near the Caribbean island of Saint Barthélemy and become a popular music brand in France.

Bon Entendeur is Nicolas Boisseleau, Arnaud Bonet and Pierre Della Monica (left to right on the photo), three friends who started releasing a mixtape on SoundCloud every month. They quickly realized that the music project had some potential and dedicated a lot of energy into making it an internet success.

They just released a new mixtape last week. It brings together the voice of famous French actor Vincent Lindon with cool tracks they’ve discovered recently. They ask artists for the permission to use their tracks and release these legal mixes. Here’s what it sounds like:

Even more interesting than the mixtapes, Bon Entendeur’s story shows what it’s like when you want to create a community of music fans on the internet today. You have to constantly adapt to new social and music platforms. It’s a tech challenge as well as an artistic challenge.

I interviewed Nicolas Boisseleau a few weeks ago. I asked him to tell me the origin story of Bon Entendeur. This interview has been translated from French and edited for length and clarity.

Romain Dillet: What was the idea when you started Bon Entendeur?

Nicolas Boisseleau: The starting point was music playlists. At the very beginning, Arnaud released playlists on YouTube [without securing rights] and quickly moved to SoundCloud for copyright reasons — you get strikes very quickly on YouTube. Soon after, his childhood friend Pierre joined him to work on mixtapes. They released the first Bon Entendeur mixtape in September 2013. Dominique Strauss-Kahn was the first figure because Arnaud thought it was funny. I joined them at that moment.

Since September 2013, we’ve released a new mixtape every month with a different French figure. There isn’t any criteria except that it has to be someone with a lot of charisma. We later find sound bites and insert them into the hour-long mixtape.

Mixtapes usually follow the same pattern — 20 minutes of chill music followed by 20 minutes of electronic music or even techno music from time to time, and then the tempo goes down again.

RD: How do you put together the voice and the music?

NB: It always starts with the music. We select songs that we currently like. So we listen to a lot of music and we vote to select our favorite ones. Once we have 20 or 25 songs, Pierre takes care of the mixing. And the figure comes last. When we listen to the first rough mix, there’s a particular atmosphere. The figure usually becomes obvious. Then, I find sound bites from interviews and movies. And we match those sound bites with the music.

RD: How many mixtapes have you released since 2013?

NB: At the beginning, we released one every month. But ever since we started playing live, it’s become more complicated. We’d rather release less often but good mixtapes. Now we’re more or less releasing a mixtape every two months.

RD: And every time you’ve chosen SoundCloud as the main platform?

NB: Initially, yes. But we started sharing on YouTube because many people love YouTube and don’t go to SoundCloud. Our community is smaller there, but we’re slowly catching up on SoundCloud thanks to the viral aspect of YouTube. We’re also on Dailymotion just so we can say we’re on Dailymotion. And then we have our own platform, our own player on bonentendeur.com. We also have thousands of users on our own platform.

Our community is fragmented but that’s on purpose. We don’t want to have all our followers on one platform. We think about our users and if they want to listen on this or this platform.

RD: In 2013, did you want to build a big community or were you making mixtapes for your friends?

Our community is fragmented but that’s on purpose. We don’t want to have all our followers on one platform. Nicolas Boisseleau

NB: At the very beginning, we made them for fun. It’s only after four mixtapes in December 2013 that we saw that our audience was growing exponentially. We realized that we had to structure everything a bit.

In January 2014 with the Romy Schneider mixtape, we created a visual identity with black-and-white pictures, a new logo, messages, scheduled posts, etc. We thought we could do something. We had no idea where it would lead us, but that’s when it started.

RD: Today, how many people listen to Bon Entendeur on SoundCloud, YouTube, the mobile app, etc.?

RD: So in total you have roughly more than 100,000 people listening to Bon Entendeur mixtapes. How did you grow such a big community?

NB: People liked the strict rules behind our mixtapes. We already listened to a lot of music on SoundCloud. And I found it tiring personally because all the blogs I followed would release two mixtapes in the same month then nothing for three months. Titles never made sense. In the never-ending SoundCloud feed, I was lost. We always thought that we needed to set up rules and release new mixtapes on a fixed schedule, with a graphical identity and a strong name.

And I think that’s really what made Bon Entendeur grow because when we released a new mixtape in everyone’s feeds, they instantly thought “it’s here, it’s coming.” You want to click. Then, I think we spend a lot of time producing our mixtapes. Most people like them so they share them.

The three of us really want to take advantage of technology because we all are twentysomethings, we grew up around tech. We really want everybody to be able to listen to us everywhere, all the time, whenever they want.
RD: Why did you pick SoundCloud in the first place?

NB: It was quite natural because that’s where we were finding songs already. We knew that our audience was there. So releasing our mixtapes to these same users was logical. Then, we realized that there was a bigger audience out there so we expanded. But we didn’t really think about it, it was natural. 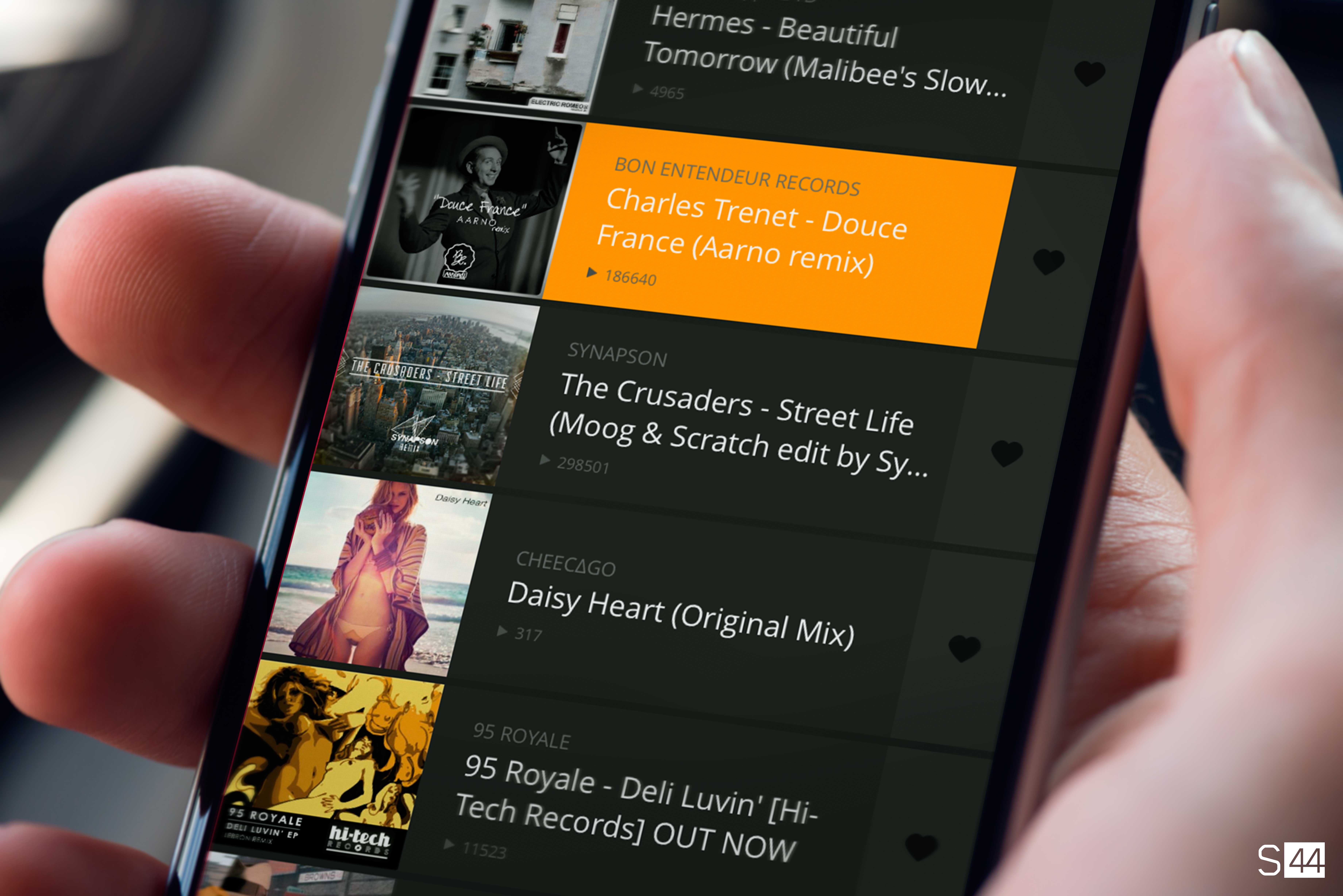 RD: Today, what happens when you release a mixtape?

This trend is changing a bit because Facebook changed its algorithm for pages once again [more details here]. Facebook doesn’t like it when you send their users to another network.

RD: What do you do then?

NB: The last trick we found is that we made a video to illustrate the mixtape. We settled on that a few days before releasing our mixtape because we saw that Facebook was tweaking the reach again. So we teased the mixtape in the Bon Entendeur & Friends private group with 2,000 members. And we released the mixtape the day after exclusively on Facebook as a Facebook Live video — not on SoundCloud. After the one-hour live stream, we uploaded the mixtape on all the other networks.

RD: What are you doing with Bon Entendeur today that you weren’t doing in 2013?

Being shared is the most important thing Nicolas Boisseleau

NB: We wanted to have our own player and become independent. We don’t want to rely on SoundCloud in case it shuts down. Similarly, we wanted mobile apps so we developed them. And now, our new goal is to tackle the professional market. Many professionals working in hotels, bars, restaurants and more are asking us to sell them our mixtapes or to make new mixes for them. Unfortunately, we can’t legally do that. So we’ve been working for months on a Bon Entendeur platform for professionals. We’re going to release it in Q4 2016.

RD: The Bon Entendeur community opened up new doors. You’re now doing live concerts, can you tell me more about this?

NB: It started in January 2014, at the same time as the new graphical identity that I mentioned before. Our first booking was on a 200-foot yacht near Saint Barthélemy — this isn’t a joke. We found a big music fan who had been listening to us and regularly went on a world tour on his boat. When we came back, we worked really hard on improving our live sets.

At first, we only played once every two months, then once per month. And now, we do two concerts every weekend — one on Friday and one on Saturday.

We also became more professional on this front and started working with a tour manager four or five months ago. We play in quite big venues — it’s surprising. We can easily play in front of 1,500 or 2,000 people in Paris, Lyon, Bordeaux, Montpellier…

RD: Do you think Bon Entendeur is a technological challenge as well as an artistic challenge?

NB: It’s a technological challenge because tech is always changing. For instance, downloading a 130MB mixtape on your phone wouldn’t have been possible five years ago. Now, users want to stream mixtapes but don’t want to use all their data plans. So we reduce the bitrate when you’re streaming on cellular. And once you’re home, if you want to download the mixtape on your phone we tell you to activate Wi-Fi. I think it’s really important to understand tech limitations in order to understand how our users listen to music.

Our users get a lot of popups, but we inform them about what’s going on. We need to think about all these use cases and adapt. All of this makes a big difference and improve the perception of our brand. In the end and because of that, people will talk about us and share us. And today, being shared is the most important thing. 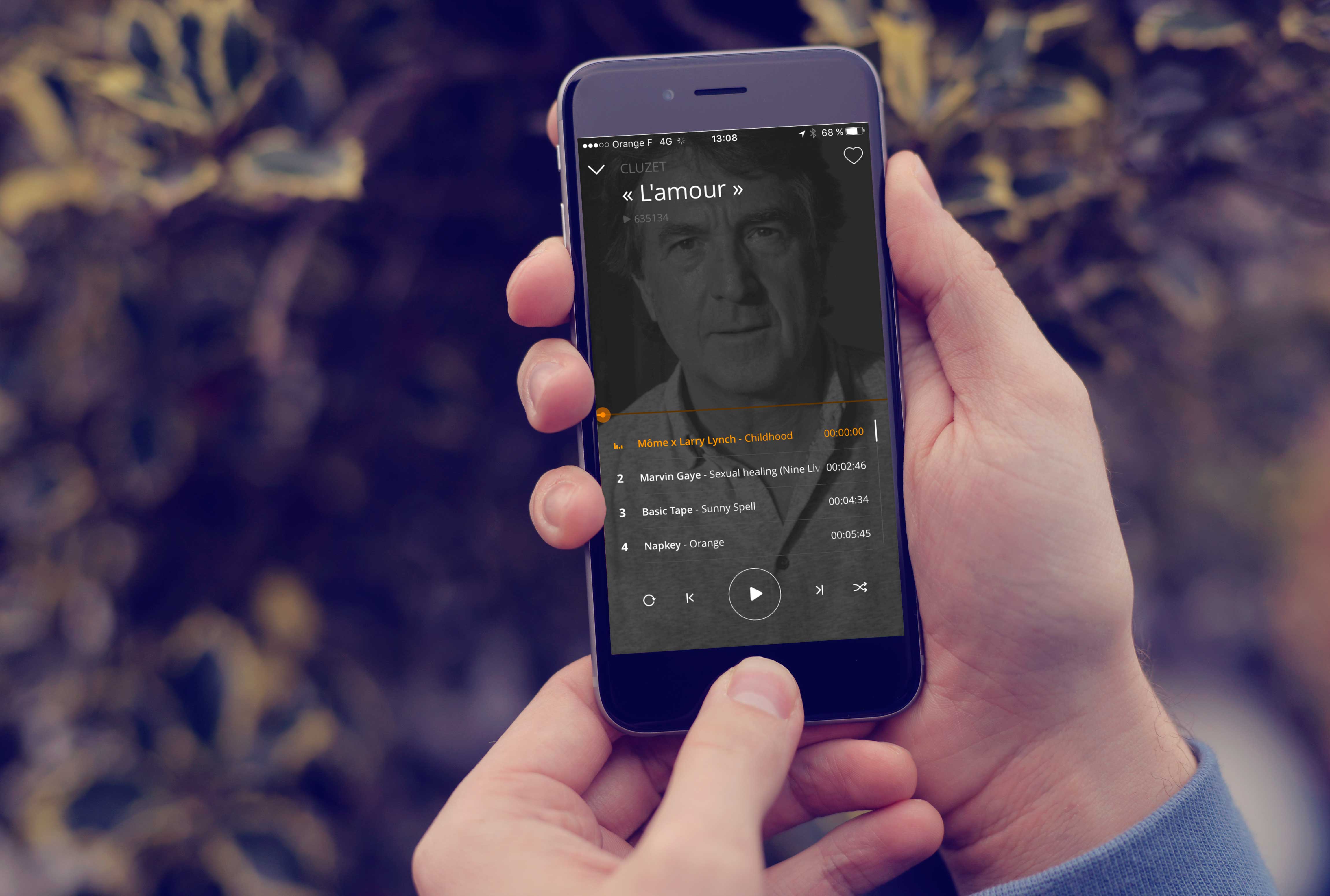