Want to have a wardrobe like Tay-tay’s? You can now, thanks to Craves. The company is today debuting a mobile fashion application that takes advantage of visual search technology to identify clothing and accessories as seen in photos. In particular, it’s focused on showing you what celebrities are wearing and where you can buy those items – or something similar, but more affordable. You can either browse through its feed of celebs and Hollywood A-listers, or you can simply snap a photo of a magazine image, then have Craves return its fashion suggestions.

Craves actually launched last year as a tool for finding fashion by analyzing images found in your smartphone’s Camera Roll. That is, it could search against a photo of someone’s street style or a screenshot you saved, then return visually similar items. To do so, Craves uses technology from parent company Slyce, where it operates as a subsidiary (as do Slyce’s other consumer apps like SnipSnap and Pounce.)

“Every time a celebrity outfit was submitted to the app, engagement was off-the-charts,” he says. “So we rebuilt Craves around this insight.” 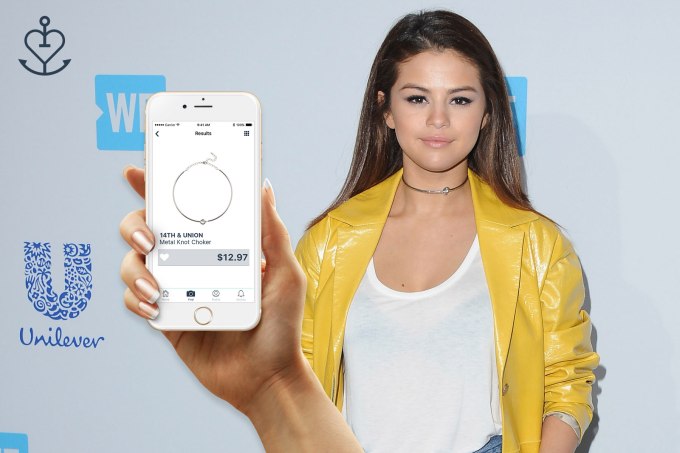 The new app now caters to celebrity style watchers by letting users follow their favorite celeb profiles, and receive notifications when that person has a new accessory, outfit or item of clothing identified in the app. You can also visit these celeb profiles at any time to have a peek inside their virtual closets.

At launch, there are 35 celebs featured in the app, including Kendall Jenner, Victoria Beckham, Kim Kardashian, Gigi Hadid, Demi Lovato, and Taylor Swift. The app also allows you to follow brands, stores and other friends.

“Users can snap a photo from any magazine, screenshot from Instagram, or even take a picture of someone they see on TV. Craves will identify the clothing or accessories in the photo,” explains Craves co-founder Scott Cormier of how the app works.

He declined to say how many people are using Craves today, but it’s unranked on App Annie’s charts. That means there are very, very few users at present.

Of course, most people don’t have the money to buy the same wardrobe that a star wears. That’s where Craves’ “Find Similar” feature comes in. By tapping this button, the app uses the visual search technology to find lookalike versions of the outfit at varying price points. This allows you to shop for a similar style, but without the accompanying high price tag.

The celebs and other style influencers can also earn money by transactions that take place from their profile. (Craves receives commissions of 5-15% of transactions, and the content curators receive their own commissions when they choose to monetize.) 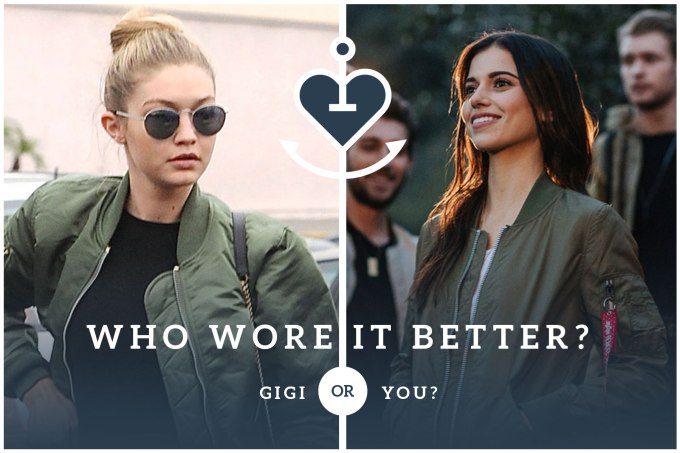 Of course, a number of startups over the years have tried to establish themselves as an “Instagram for fashion” of sorts, by allowing celebs or other trendsetters to upload and tag photos of their outfits, then let users shop those images. That’s not a new concept by any means. What makes Craves more interesting than these run-of-the-mill creations is the technology under the hood that automates the process of finding the items, or those that look like them.

The technology isn’t perfect, but it’s not bad. For example, you might be lusting after Beyoncé’s $1,445 Faith Connexion painted parka, but Craves returns an embroidered military jacket along with other similarly colored military jackets, sans embellishments. Or maybe you want Victoria Beckham’s $2,196 leopard print tote, so Craves finds you a leopard handbag with a black side pocket for $51. Not quite the same thing, but close enough to get the overall “look.”

Craves is live now on the iTunes App Store as a free download.