NASA is serious about going to Mars, and not just for a quick visit, either. It just committed $65 million, spread over two years and six companies, for the purpose of developing and testing deep-space habitats that could be used on the way to — and on the surface of — the Red Planet.

It’s part of the organization’s NEXTStep (not to be confused with the NeXTSTEP OS), an ongoing partnership program under NASA’s Advanced Exploration Systems that funds private research into technology for space exploration.

Last year’s NEXTStep contracts were for a variety of things, but this year they’re all on the same track: “deep space habitats where humans will live and work independently for months or years at a time, without cargo supply deliveries from Earth.” We’re talking spaceships here — big ones.

The numbers are bigger, too: the previous year’s contracts amounted to a total of perhaps $15 million divided 10 ways — $65 million 6 ways is, it hardly needs saying, a much more considerable investment.

The lucky companies are all taking slightly different approaches to the problem of deep space habitation. 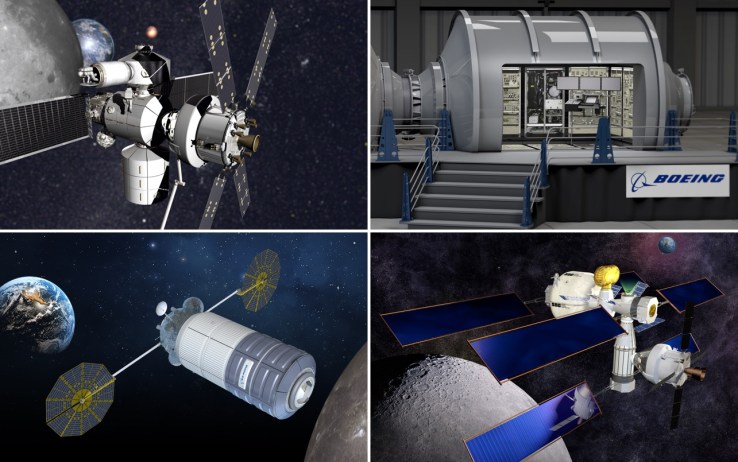 Bigelow is a name you may already be familiar with: the Bigelow Expandable Activity Module was recently attached to the International Space Station and is currently undergoing testing. The company plans to develop one about 20 times larger (330 vs 16 cubic meters) that they call the Expandable Bigelow Advanced Station Enhancement, or XBASE. There are advantages to being able to pack your modules tightly and expand them later, but the BEAM’s troubled deployment shows there are challenges as well. Of course, that’s what testing is for.

Lockheed Martin doesn’t want to let good space gear go to waste, either; its plan is to refurbish one of the cargo modules carried by the Space Shuttles into a livable multi-purpose environment. The idea is, essentially, to use proven equipment as a base to test future developments, like data and crew transfer between the module and, say, the Orion spacecraft. 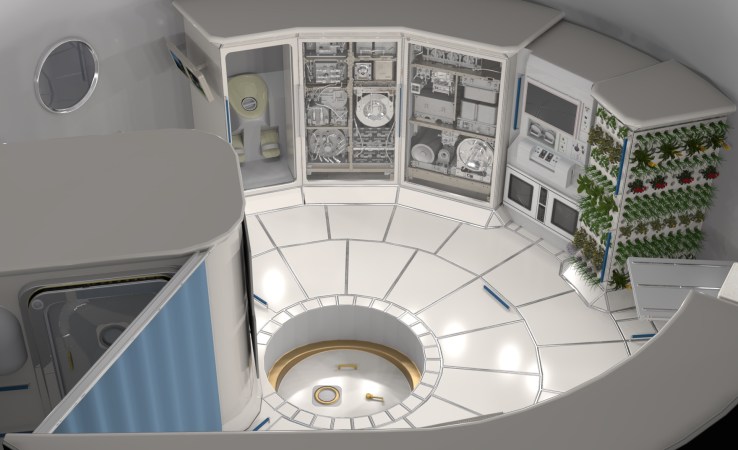 NASA concept of the interior of a habitable module.

Another avid recycler is NanoRacks, whose commercial experimentation platform outside the ISS just went live yesterday. Nanoracks has a rather crazy idea: convert the final rocket stage, with its spacious fuel compartment, into a habitable space. It’s working with Space Systems Loral and the United Launch Alliance to see if this is crazy enough to work — or just plain crazy.

Sierra Nevada (specifically its subsidiary Space Systems) has perhaps the most ambitious plan. Over four commercial launches, the company wants to build on one of its Dream Chaser cargo modules, adding a propulsion system, an expandable environment, and life support. Taking it in stages means better risk management.

Boeing and Orbital ATK didn’t provide many details: the former just says it’s building a full-scale prototype for extensive testing, and the latter is adapting one of its Cygnus spacecraft to the purpose.

It’s all very early, of course, and these projects, among others, are for exploring possibilities and finding potential problems, not actually producing something we can send to Mars or beyond. The technology investigated by these companies will have to prove itself on the ground first, then in orbit, and eventually in cislunar space — the “proving ground” for long term mission hardware.

NASA didn’t specify how much each project was receiving, or the exact timelines or deliverables expected from each — although results are certainly expected by the time the contracts’ 24 months are up. I contacted NASA for more details and will update this post if I hear back.