The Xbox One S doesn’t feel like a toy.

Whereas setting up the original Xbox One often felt like I was handling some sort of Medicare-provided DIY iron lung, the One S is a far tighter experience that’s luxurious and efficient in its build.

Shoddy vent grids covering an alarmingly hollow-sounding interior have been replaced with an innovative perforated vent design that is as fresh-looking as it is solid-feeling. Contrasting glossy and matte textures have lost their gimmick and given way to a cold, solid heft. The integrated power supply gives the One S an air of mobility  that was lacking with its predecessor which felt anchored to the TV cabinet after setup. 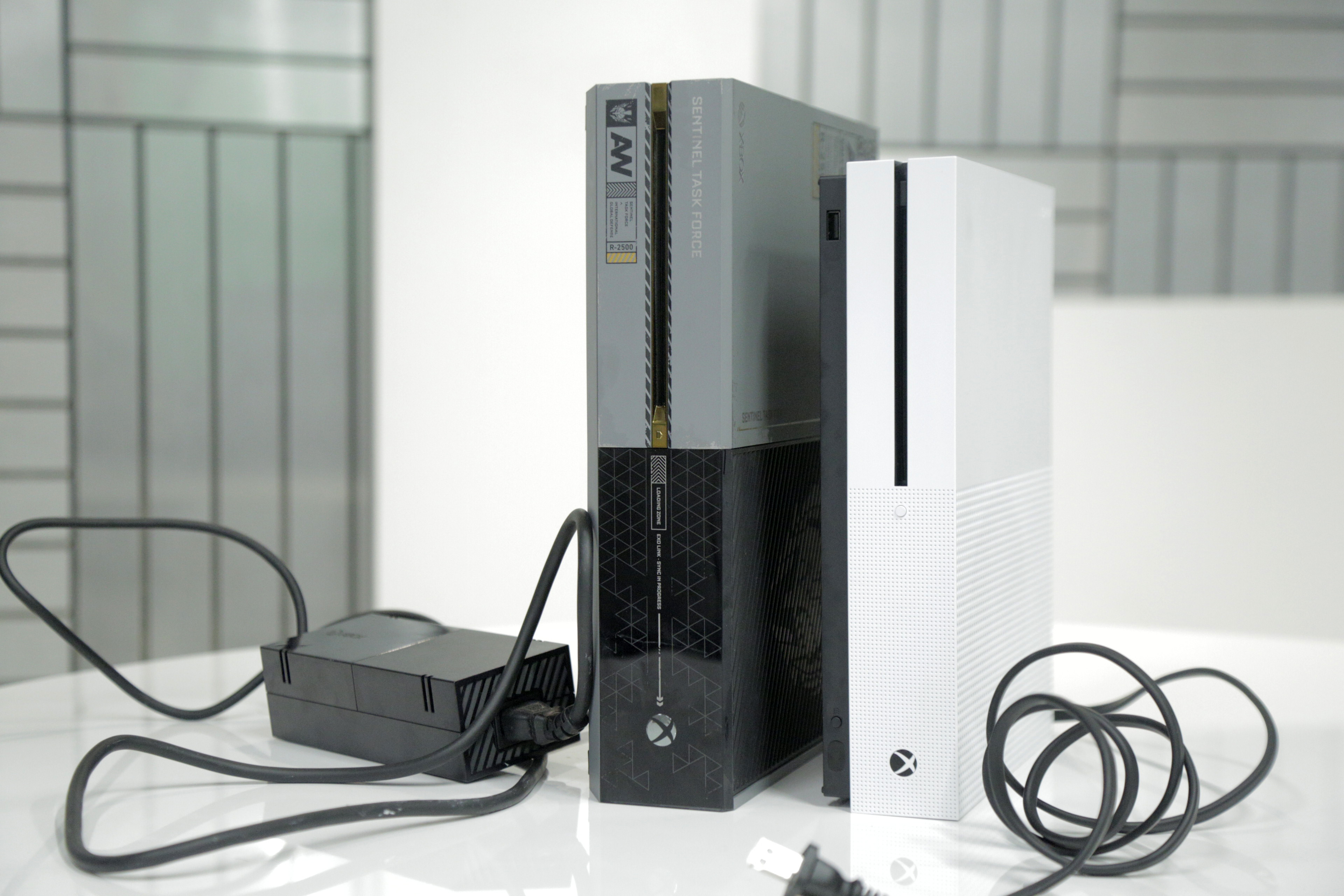 Overall, the Xbox One S, available today, feels like a very dense console. The footprint of the device is now 40% smaller than the One before it and it’s clear that the engineering team behind the One S was considerably more purposeful in its build.

Now, not everyone out there really cares about this stuff. Few people are honestly buying a game console because of its hardware design. Unlike something like a laptop where weight, build quality and design can all directly influence how a consumer interacts with the product, people have learned not to expect too much from game console design because at the end of the day, it’s just a metal box that is going to live out the remainder of its days beneath your TV.

Something like the controller design is much more important to users. The Xbox One S ships with a slightly revamped wireless controller. It boasts new textured grips and new thumbstick designs, but most of the physical changes are only mildly noticeable. The big changes are the addition of Bluetooth connectivity which gives the controller the ability to connect to Windows 10 devices and the extension of the controller’s wireless range which Xbox boasts now doubles that of its predecessor. 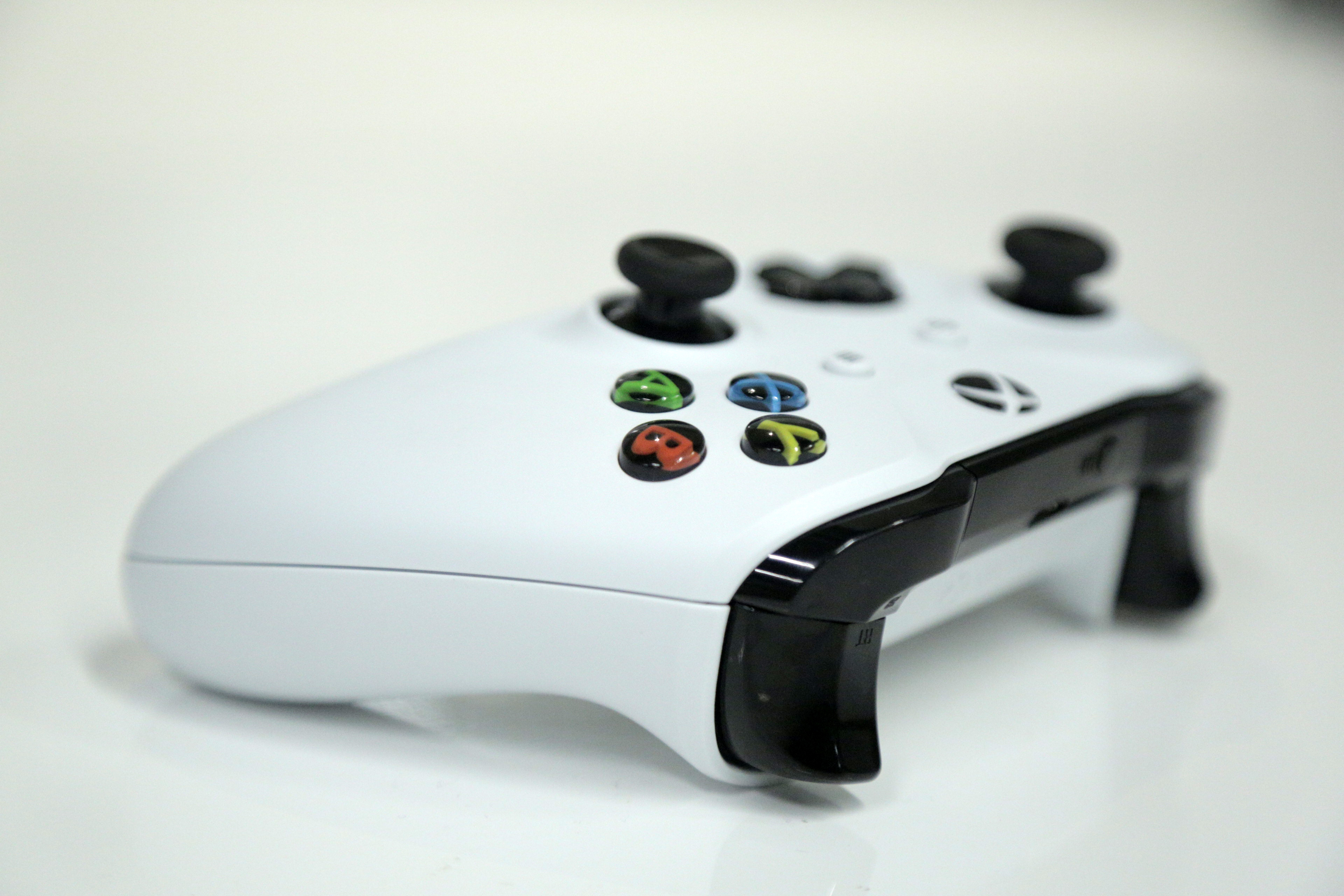 Once you wax poetic long enough on the design of this console and controller, which, believe me, I could do for a while, you’re prompted to turn less shallow and examine what sets the machine apart on the inside.

There’s not quite as much to see there.

The hallmark feature of the Xbox One S is likely its support for 4K/HDR video playback which is really cool provided you have a tricked-out 4K screen to view the content on. The demo unit I received came with a 4K Blu-ray Disc copy of Star Trek which was to be honest the first time I’ve inserted an actual disc into something in months. 4K content is far more likely to be absorbed via downloadable content or streaming. There wasn’t anything in the way of 4K video content available to download from the Xbox Store but Netflix 4K video is now live and Amazon Prime Video 4K content will apparently be supported soon.

Gamers unfortunately won’t get a taste of actual 4K gameplay until the next Xbox One iteration, nicknamed Project Scorpio, is released at the end of 2017.

The $399 model of the Xbox One S comes with two terabytes onboard which is a solid amount of storage for gamers looking to keep the majority of their entertainment library downloaded on their system. The Xbox One S will also soon be released in one terabyte and 500GB variations as well, retailing for $349 and $299 respectively. It’s worth noting that the original Xbox One is now just $249 for a 500GB model.

For most people looking to purchase an Xbox One for the first time, spending that extra $50 for the One S may be a tougher sell than might be expected. As beautiful as the new system is, there just isn’t that much new beneath the hood of the One S. 4K video is a cool addition, but most consumers don’t have the necessary hardware to take advantage of it and most content networks are lacking in the department 4K video anyway.

Ultimately, the iterative feature upgrades on the Xbox One S can be hard to notice in daily use, but boy is it a pretty box.