Pokémon Go may be the perfect dating app: you’re out in the real world, have an immediate way to start a conversation with an attractive stranger and, clearly, the two of you already share a common interest. These facts have not been lost on the makers of actual dating applications, however. A good handful of matchmaking services have now tied themselves to the Pokémon craze in an effort to better connect people and boost their respective user bases.

But can the viral phenomenon actually help them find success?

One of the first companies out of the gate to offer “Pokédates” (yes, I agree – it sounds dirty!) was Project Fixup.

The Chicago-based startup arrived on the scene a couple of years ago with the idea to use real people – “fixup specialists” – as matchmakers. These helpers look at your online profile, pictures and preferences, then set you up on a real blind date with someone they believed would be a good fit. The cost for the fixup is a one-time fee of $20. 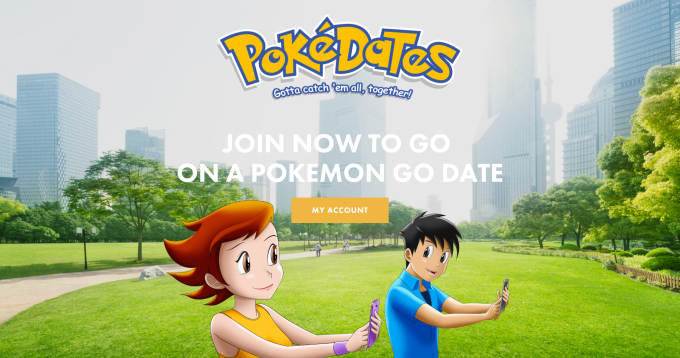 The company has only had limited traction in the years since, however, claiming to have arranged “thousands” of fixups across the U.S. It hasn’t taken in any significant outside funding – only $100,000 according to CrunchBase – nor has it invested in a native mobile application.

That hasn’t stopped it from latching on to Pokémon as a means of getting its name back out there, and potentially growing its user base.

The company announced its Pokédates concept earlier this month, which now not only matches singles based on their profile, but also on their mutual desire to play Pokémon Go together. (Dates will cost $20, as before, but the promo code POKEDATES2016 gives you one free date to get started.)

“Project Fixup is known for creating tailored dates that enable people with similar interests to do something fun together in the real world,” explained Sarah Press, co-founder and CEO of Project Fixup, in an announcement. “As soon as Pokémon Go launched, we knew it was a perfect fit for our users; Pokémon Go enthusiasts and new members alike.”

Of course, it wasn’t long before Project Fixup had competition in the quickly emerging Pokédates market.

Another startup, PokeMatch, rushed out a Tinder-like mobile application in a matter of three days, where users swipe right on those people you want to “catch.” You can then message each other, as in most other dating apps. The only difference between this low-rent Tinder clone and PokeMatch, in fact, is that the only people who join the app are those who have a desire to play Pokémon Go together.

Co-founders Pim de Witte, Rene Roosen and Troy Osinof said they came up with the idea when Rene needed a date, but also wanted to go Pokémon hunting.

The company claims its app served up over 10,000 matches across 15 countries in its first four days.

“We’re seeing insane growth. Something I’ve never seen before is happening to us, and it is feeling kind of surreal,” said de Witte.

But PokeMatch’s App Store numbers prove it still has a way to go to become anywhere near as popular as Tinder, much less Pokémon Go. It’s languishing so far down in the charts, users won’t happen upon it just by browsing the store.

The most recent dating startup to join the fray is Dine, the makers of an app that focuses on getting people to go on dinner dates, not just chat. Founded by DeNA veterans (a company that, coincidentally, works with Nintendo on its own mobile efforts), Dine publicly launched in the U.S. and Canada this spring.

The company, which is headquartered in Japan and has a team of just seven, declined to share its user numbers, saying they are “still very early stage.” The company says its app has under 100,000 users.

Naturally, it too, jumped on the Pokémon bandwagon by launching a new “Let’s catch Pokémon” feature this week. This lets Dine’s users notify their potential matches that they’re interested in a Pokémon hunt as their first date. 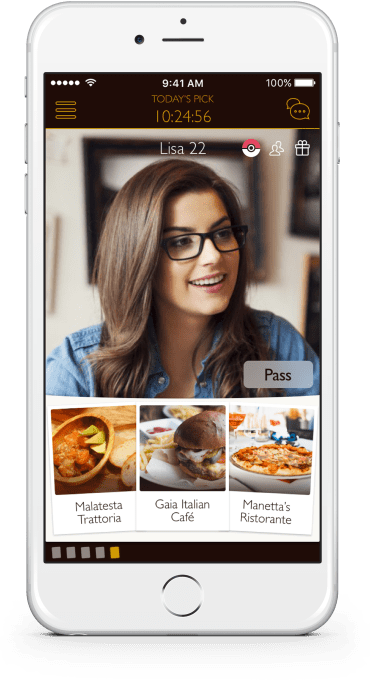 “Many of our users are currently playing Pokémon Go so we felt like giving our users a new and fun way to make character connections with potential matches,” says Dine CEO Keisuke Kamijo. “Plus, doesn’t going on a Poké Date sound fun?”

The fact that switching to Poké Dates dilutes Dine’s original concept which focused on culinary-infused meetups seems to be no matter to the young startup.

All the services are new to trying to ride Pokémon’s tailwind, so it’s too soon to say their efforts will be fruitless. However, none have immediately become break-out hits thanks to attaching themselves to the viral game.

PokeMatch, for example, currently sits as #251 on the iTunes App Store’s “Lifestyle” chart. It has been pulled from Google Play, and is now only on Amazon’s Android app store where it has zero reviews. Dine’s app is so lowly ranked, meanwhile (#957 in Social Networking), it’s not likely to be found by any casual user clicking through the App Store.

Project Fixup has no app and won’t speak to its Pokédate numbers.

For all the companies, the problem they don’t grasp is that launching into the dating app market requires more than finding a way to glom onto another’s fame.

Tinder, the #1 Lifestyle app, is still the App Store behemoth to beat. Its next nearest rivals are Bumble (#7), then happn (#17). And they are competitors not because they’ve embraced Pokémon, but because they introduced a new concept in dating – whether that’s the “girl talks first,” in Bumble’s case, or happn’s “missed connections.”

Plus, at the end of the day, if you want to meet someone new who also likes to play the popular “catch ’em all” mobile game, there’s already an app for that: it’s called Pokémon Go.