Still fascinated by the viral spread of Pokémon Go? So are we. The app on Monday topped Twitter’s daily users, and has people spending more minutes per day playing the game than browsing Facebook, reports have indicated. Now comes word that game has also topped Pandora, Netflix, Google Hangouts, and Spotify, in terms of daily active users, and is installed on more devices than many popular apps, like Candy Crush, Viber, LinkedIn, Clash of Clans, Tinder and others.

The figures are based on tracking company SimilarWeb’s analysis of U.S. Android users.

On Monday, July 11th, 5.9 percent of all U.S. Android owners played Pokémon Go, which was 46 percent more than the 4.1 percent who launched Twitter that day, the firm also reported. However, a handful of other apps are still beating Pokémon on this front, including Messenger, Instagram, WhatsApp and Snapchat. 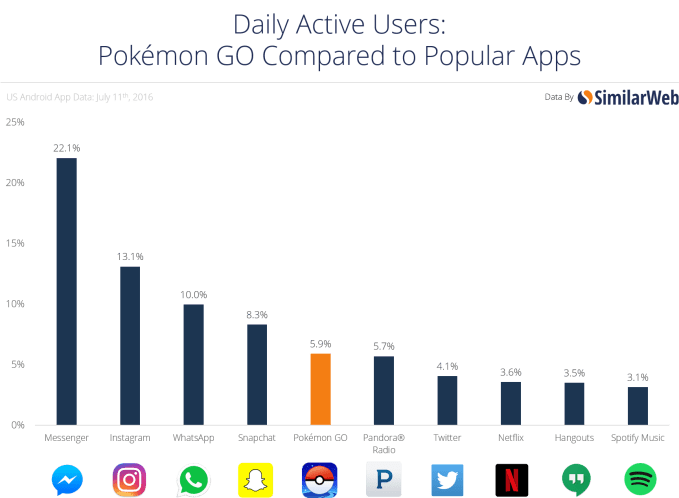 Despite users’ heavy engagement with the mobile game, it’s still not one of the most installed apps to date. Pandora, Netflix, Google Hangouts and Spotify have more traction on that front, though the gap is narrowing in some cases.

However, though it’s only been live in the U.S. for around a week, the app has been installed on more devices than Candy Crush, Viber, LinkedIn, Clash of Clans, ESPN, iFunny, Lyft, musical.ly, and Tinder. 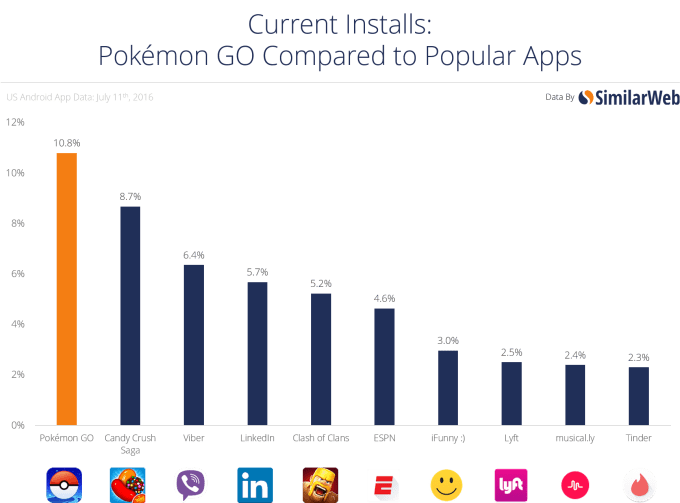 Keep in mind that this data is only for the U.S. But in its other markets, Australia and New Zealand, Pokémon Go has been soaring as well. There, the app is installed on 15.1 percent and 16 percent of Android devices, respectively.

Not surprisingly, traffic to the developer’s website, Niantic Labs, has been high as well. On Monday, it saw its most-visited day in history, with 1,171,000 visits on desktop and mobile web. 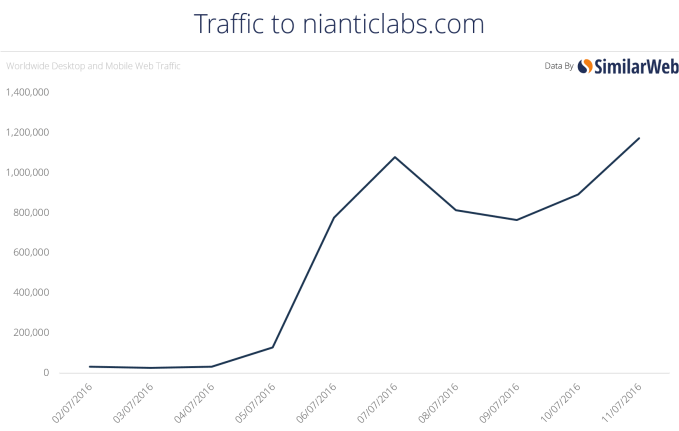