Yesterday’s checkout glitches didn’t impact Amazon’s ability to pull off another successful Prime Day sales event, as it turns out. The online retailer announced this morning, without giving specific figures, that its Prime Day 2016 was the “biggest ever.” Not just in terms of other Prime Days, either, but the “biggest day in the history of Amazon.” Tuesday’s customer orders were up by more than 60 percent worldwide, compared with last year’s Prime Day, and up by more than 50 percent in the U.S. Amazon says it was also the “biggest day ever” for Amazon devices globally.

This contradicts early reports that seemed to indicate that Amazon’s Prime Day 2016 U.S. sales were flat, according to ChannelAdvisor. However, ChannelAdvisor doesn’t monitor Amazon’s first-party sales, like those on its own devices – it only examines a sample of Amazon seller data.

Instead, Amazon’s announcement is more in line with analyst expectations of Prime Day doubling last year’s sales, potentially even hitting close to a billion, some believed.

Amazon had discounted a variety of its devices, including Kindle e-readers, Fire tablets, Fire TV, Echo speakers, and more. These discounts were clearly able to boost Amazon’s overall sales for the day, as was the fact that Amazon better spread out its sales throughout the day, compared with last year. Many of its limited-time “Lightning deals,” for example, launched in the evening on Prime Day.

The retailer says that it sold over 2.5 times more Fire TV devices compared with last year, and Fire TV Stick was the best seller globally of all Amazon’s devices. Amazon said it sold hundreds of thousands of Kindle devices on Prime Day, as well. 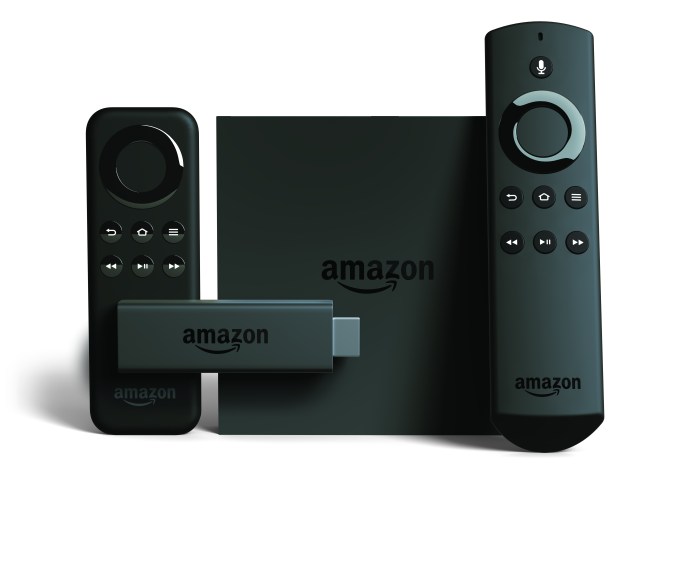 In the U.S., Amazon device sales were up by 3 times, compared with Prime Day 2015. And Prime Day was the biggest day ever for Amazon’s smart connected speaker Echo, which was also up over 2.5 times from last year. Current Echo owners were even shopping Prime Day via their speakers, the retailer notes, as Prime members bought on average one Alexa-exclusive deal per second via voice.

Amazon didn’t tout how many of its Dash buttons sold – the push-button ordering dongles that were marked down to $0.99 on Prime Day – but said that top brands were Cascade, Charmin and Tide. 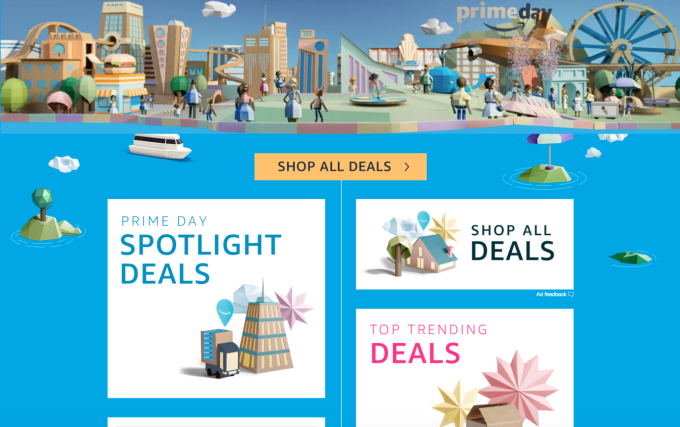 Just as important, Amazon seems to have recovered from last year’s consumer backlash against Prime Day. Despite its great numbers in 2015, Amazon customers derided the sales event as “an online garage sale” due to the junky nature of some of the deals, and their inability to catch the best offers before they were sold out.

According to Adobe Digital Insights, which tracked over 4 million social engagements by online consumers, people were happier this year with Prime Day than in 2015.

39 percent of overall sentiment was related to sadness this year, compared with 50 percent last year. Joy increased to 30 percent, up from 23 percent in 2015. 22 percent of sentiment was attributed to admiration and 9 percent to surprise, both which tend to be on the positive side of the scale.

In addition, even those who were complaining online weren’t doing so because of deal quality. Instead, the checkout glitches – a purely technical matter – were to blame.

Adobe also noted that the most positive chatter was around Kindle products, Echo, and the Xbox One bundle.

Oh, and in case you’re wondering – Amazon says it will being doing Prime Day again next year. No surprise there.