If there’s one thing E3 was not short of, it was controllers. Thousands of the things! Xbox controllers, Dual Shock controllers, third party controllers, motion controllers. But at Indiecade, an independent games showcase at the show, developers devised a variety of ways to play with no controller at all, making these digital games charmingly analog. 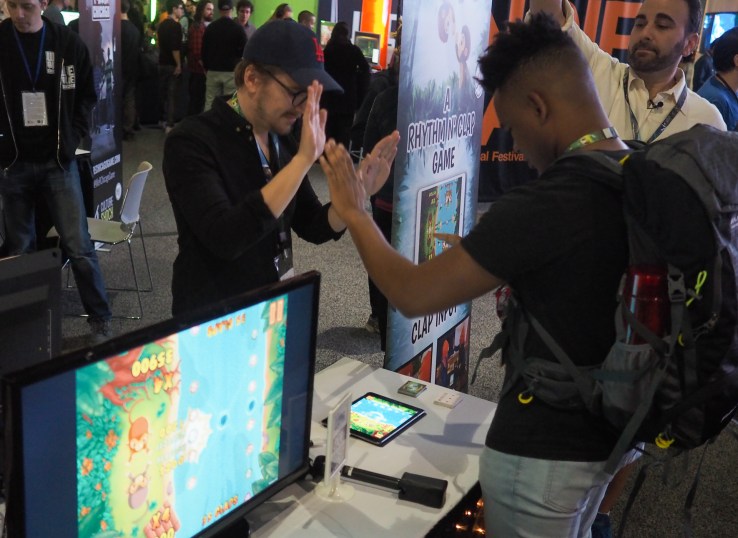 Clapper is an iPad game that uses the front camera to keep track of the players hands as they perform pattycake-like claps to the beat of a song. You need to do the right clap at the right time, as indicated by a flow of icons along an onscreen river, rhythm game style. In case you haven’t figured it out, Clapper is aimed at kids, but there weren’t any around at E3 so the adults made do — and had a great time. It’s simple enough that I could see my mom playing it with my nephew, but at higher difficulty levels it would also make a hilarious party game. 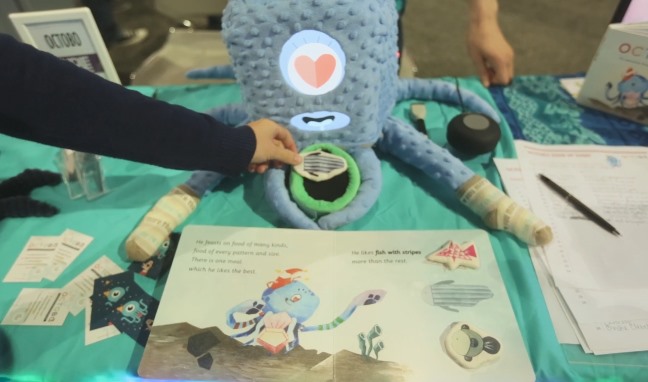 Octobo started as a masters thesis project by Yuting Su, but it showed enough promise that she’s pursuing it as a real business. The eponymous Octobo is a plush octopus with which kids can interact by touches or by placing objects between its tentacles; it’s powered by an iPad mini that slips behind its face and provides animated features. There’s a book to read along with, in which, for example, Octobo might say it wants to catch a fish with stripes — so the kid has to pick the right object to give Octobo. It’s a smart way to combine tech with old-school storytelling, and the design really is incredibly cute. 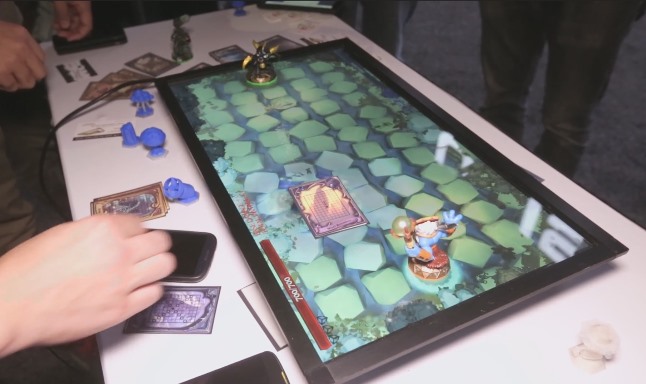 PlayTable, still a prototype from Prizm Labs, puts tabletop games onto a large touch display — with the important improvement over everyday tablet games of being able to use actual game pieces. Figures and cards are tagged with RFID and the tablet can detect what’s being placed where — or accept gestures for things like spells or other game actions. They promised more news later this year when they’re out of semi-stealth mode, so watch this space.

Those three caught my eye, but other games eschewing traditional controls were thick on the ground. One zombie-smashing game used a Leap Motion, while a huge “magic dance wall” mirrored and festooned your motions. Plenty of ingenuity was on display with regular controllers and keyboards and mice, as well. You can check out the whole list at the Indiecade website.