Placemeter helps businesses and municipalities measure what’s happening in front of their stores, on their streets and in their parks.

In its first iteration, the service, which relies on real-time video feeds, was able to quantify the overall number of objects that it saw and distinguish between pedestrians and vehicles.

Traditionally, the way cities measured traffic was by simply placing meters on bike paths or streets; everything that passed over them was either measured as a bike or a vehicle. Now, they will be able to get a far more granular and accurate count in real time.

“Initially we were just counting unclassified objects, but we realized quickly that we wanted to understand more granularly what exactly was passing through the space so we could understand where a bicycle lane should go versus where pedestrian benches should go,” Placemeter CEO and founder Alex Winter told me. “Nothing outside of computer vision can give you this level of granularity.” 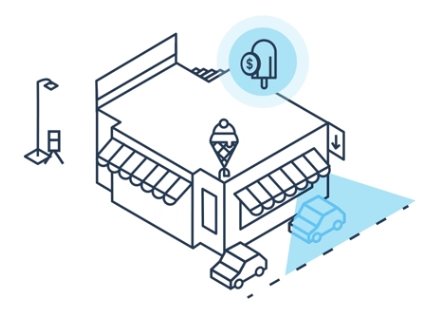 Working with the City of Paris, Placemeter also adapted its model to count swimmers in a public pool.

As Winter explained, the team decided to use a more traditional computer vision approach instead of using deep learning to classify these objects. “We need to be able to quickly learn categories without the constraint of training on millions of data points,” he told me. While the system currently recognizes five different object types, the team hopes to expand this to 15 or 20 over time. The team also noted that it has to tweak its algorithms for different locations, too. It had to specifically train its system to recognize certain scooter and car shapes in Japan, for example.

While Placemeter offers its own sensor, the system can work with virtually any camera input, even if it’s relatively low-res. The advantage of using Placemeter’s own sensor is that the computation happens right in the camera and the actual image isn’t stored anywhere. In Paris, though, the team worked with Cisco cameras and the analysis happened in a local cloud in France.

Placemeter offers three pricing plans. Users can pay $30 per month and camera for basic analytics and a single object class. For $60 per month they get two object classes (pedestrians and vehicles) and for full access to all five classes, they have to pay $90 per month. In the long run, the team plans to bring about a dozen classes to its $60 plan and 20 to the $90 one.